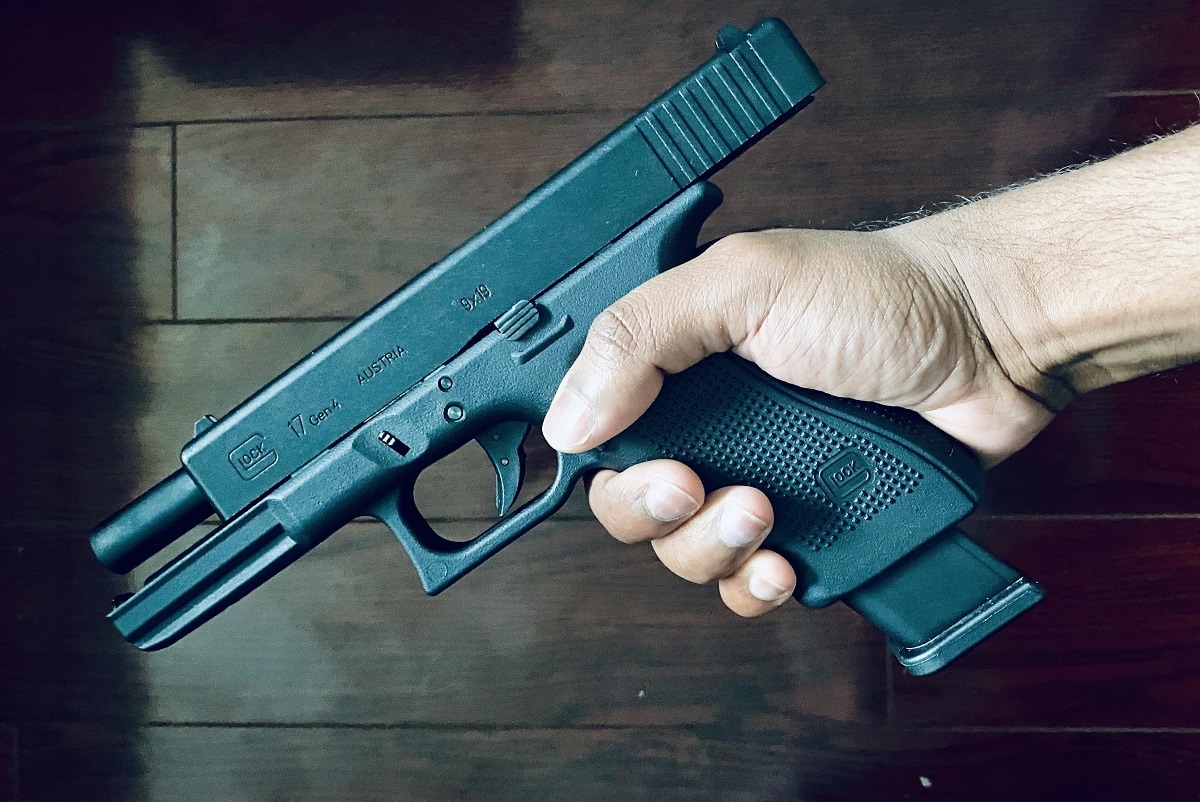 President Joe Biden has been quick to tell reporters that he loves his shotguns, and as such tries to present himself as a strong supporter of the Second Amendment. However, everything else that Biden has said about firearms seems to be completely contradictory. Since taking office, he has repeatedly called for new gun control measures.

Just last week, during a CNN town hall event in Ohio, President Biden implied that he’d like to ban 9mm handguns. The president touted his record on being tough on guns and bragged that he was the only politician to actually pass an assault weapon ban (AWB). Here is exactly what he said during the question and answer session, and we have to admit, it’s a little confusing:

QUESTION: Thank you. So gun violence has been on the rise across the country. And as a recent student and young professional living in Over-the-Rhine, I’ve seen this first-hand. Gun violence has taken the lives of so many young students and young people. I’m tired. And I want to see change that’s going to make our cities like Cincinnati safer. So how will you address gun violence from a federal point of view to actually bring about change and make our local cities safer?

BIDEN: Now, I’m not being a wise guy. There’s no reason you should. Have you seen my gun violence legislation I’ve introduced? As you know, because you’re so involved, actually crime is down, gun violence and murder rates are up. Guns.

I’m the only guy that ever got passed legislation, when I was a senator, to make sure we eliminated assault weapons. The idea you need a weapon that can have the ability to fire 20, 30, 40, 50, 120 shots from that weapon, whether — whether it’s a .9 millimeter pistol or whether it’s a rifle, is ridiculous.

I’m continuing to push to eliminate the sale of those things. But I’m not likely to get that done in the near term. So here’s what I’ve done. The people who, in fact, are using those weapons are acquiring them illegally. Illegally.

It didn’t take long for Biden’s words to trend on social media, where GOP lawmakers and supporters of the Second Amendment said that it certainly sounded like the president was calling for a ban on 9mm handguns.

“Any semi-automatic firearm capable of accepting a detachable magazine has the ‘ability to fire’ in the manner Biden deemed objectionable,” wrote the National Rifle Association’s Institute for Legislative Action (NRA-ILA) in response to Biden’s statement. “Therefore, the seasoned grandstander’s statement was a call to ban all semi-automatic handguns, rifles, and shotguns capable of accepting a detachable magazine.”

In an editorial on TheTruthAboutGuns.com, it was suggested “President Biden said the quiet part out loud,” suggesting that Democrats have long had a plan to ban all firearms slowly. Handguns were actually in the target before the focus was placed on assault weapons. Now it seems that handguns are again in the crosshairs.

“Those numbers Biden used apply to assault-style firearms and high-capacity magazines. As recently as June, when Biden rolled out his strategy to bring down murders, he said he wants to ban both,” the fact checkers wrote.

“House Republicans said Biden wants to ban handguns. That is incorrect,” Politifact added. “Biden was talking about banning assault weapons and magazines that carry 20 to 120 rounds of ammunition. Those policies would not affect the most popular handgun models. Even if some smaller set of pistols came under such a ban, that would not translate to a ban on handguns across the board. We rate this claim False.”

It should be worth noting too that Biden has a tendency to “go off script,” and tell tales. He was called out for suggesting that private citizens couldn’t own cannons when the Second Amendment was written – and just this week made the highly dubious claim that he used to drive an 18-wheeler.

In the case of 9mm handguns, TheTruthAboutGuns may have it right. Biden said the quiet part out loud, and this wasn’t bragging. It was likely his true feelings coming through.