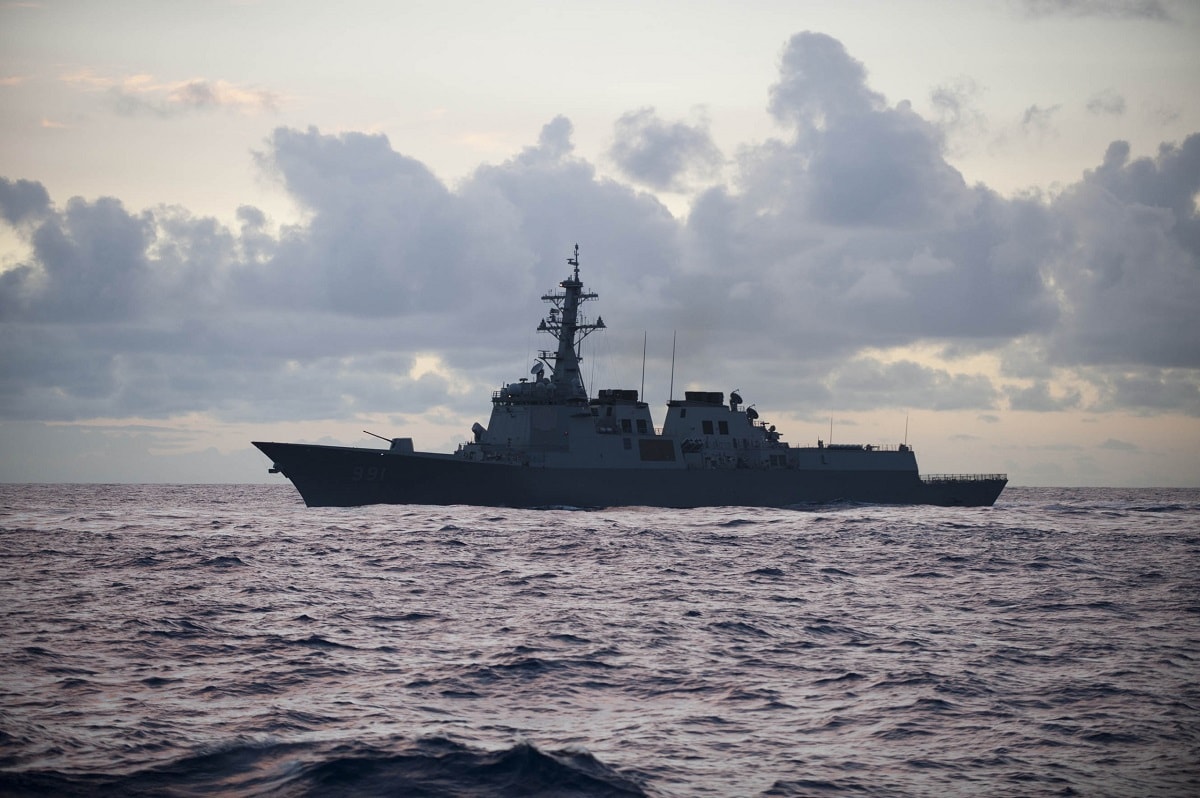 Both designs feature two islands — similar to the UK’s Queen Elizabeth-class carriers — and will carry 24 to 28 F-35B stealth fighters. South Korea hopes to have its first CVX in service by 2033.

Though it will be considerably smaller than US aircraft carriers, the CVX will be an important step toward South Korea’s goal of building a blue-water navy able to project power around the world.

The new carrier is also the latest example of how the South Korean military is preparing for a potential conflict with its nuclear-armed northern neighbor.

The growth and modernization of the Republic of Korea Navy, or ROKN, is one of the great naval success stories.

What started 70 years ago as a small coastal force of patrol boats has become a large, first-rate navy that is mostly domestically designed and built and already has some ability to operate on the high seas.

It includes some 100 surface warships, 10 amphibious ships, 18 submarines, and 60 aircraft. Many of its surface vessels have vertical launch systems and advanced electronic suites that put them on par with the best warships in the world.

South Korea’s three Sejong the Great-class destroyers are each armed with 128 missiles, more than US Arleigh Burke-class and Japanese Atago-class destroyers, which each have 96 missiles. Its six Chungmugong Yi Sun-sin-class destroyers feature stealth technology and have deployed as far as the Arabian Sea.

Its two Dokdo-class amphibious assault ships can carry over 700 Marines, 13 armored vehicles, and about a dozen helicopters. The second Dokdo-class vessel was commissioned in June.

In addition to operating in its home waters, South Korea’s navy participates in exercises around the world and even has a dedicated anti-piracy unit, known as the Cheonghae Unit, in the Indian Ocean that has rescued Korean crew members from hijacked vessels.

South Korea is also a shipbuilding powerhouse, which will support its continued naval modernization.

Its navy already has plans to further upgrade its destroyers, is building a new class of frigates, and has launched the first two boats of the new Dosan Ahn Changho-class submarine, which may soon get domestically made submarine-launched ballistic missiles.

Despite its size, North Korea’s fleet is under-gunned and largely antiquated.

“What isn’t totally antiquated is not in large numbers and is still not all that modern or capable,” Bruce Bennett, a senior defense analyst at the RAND Corporation think tank, told Insider.

“This is not a navy which is going to come crashing out of their bases and do a major stand against the ROKN and US navies, unless they anticipate losing most of that capability very quickly,” he added.

In the past, North Korea’s navy was more of a match for South Korea’s navy, as demonstrated by a number of deadly naval provocations around the Korean Peninsula.

But South Korea’s continued modernization has made it a much more powerful force. Those advances, and the North Korean navy’s relative decline, mean Seoul would likely win a conventional fight.

“The ROKN really one-on-one is going to be just dominant, and the KPN can’t play the game that way,” Bennett said. “They’ve got to look for asymmetric approaches to using [their ships] effectively.”

North Korea has tried to build more advanced ships, like missile-laden surface effect vessels with possible stealth features, but the real threat comes from its submarines.

“Even though the KPN is antiquated in many ways, some of the submarines that they’ve made to operate in the shallow waters are potentially fairly potent,” Bennett said.

In 2010, a North Korean submarine sank a South Korean corvette in the Yellow Sea just south of the countries’ de facto maritime boundary, killing 46 sailors. The KPN has used the same type of submarines to insert agents into South Korea.

The KPN is also acquiring subs capable of firing nuclear-armed ballistic missiles. The KPN operates at least one submarine supposedly capable of firing one or two such missiles, and another class that’s under construction will potentially be able to fire three.

Both countries’ navies would play an important role should war break out.

For the KPN, the first goal will be to try and insert as many agents and commandos into South Korea as possible before any fighting starts. North Korea’s navy as a whole will try to take on South Korea’s fleet wherever and, more importantly, however possible.

Because of South Korea’s naval superiority, the KPN will have to rely on either stealth or numbers. Its submarines may be able to operate effectively in the Yellow Sea, where shallow waters make finding submarines hard, as the 2010 attack demonstrated. (Shallow waters also limit what operations subs can do.)

East of the peninsula, the Sea of Japan is deeper and North Korea’s options are limited. Its ships will likely only have success if they operate in groups and swarm isolated vessels.

South Korea relies almost entirely on imported fuel, and while some reinforcements can be transported by air, large numbers of troops and heavy equipment have to come by sea.

“North Korea has got to anticipate sending its navy either into shallow waters where it’s difficult to detect … or they’ve got to send them out in groups and see how well the groups potentially survive,” Bennett said.

An aircraft carrier will be vital for that last role.

North Korea’s nuclear arsenal — believed to be between 67 and 116 warheads — poses a major threat to South Korean airfields, so a mobile aircraft carrier could make a massive difference.

A carrier can only operate a limited number of planes and only for so long, but a protracted conflict would likely draw in South Korean allies, namely the US and UK, with navies that can strike deep inside North Korea.

Those partners are helping South Korea develop its carrier capabilities. South Korean sailors and naval airmen have already operated alongside US carriers, and British and Italian firms are assisting South Korea with the CVX.