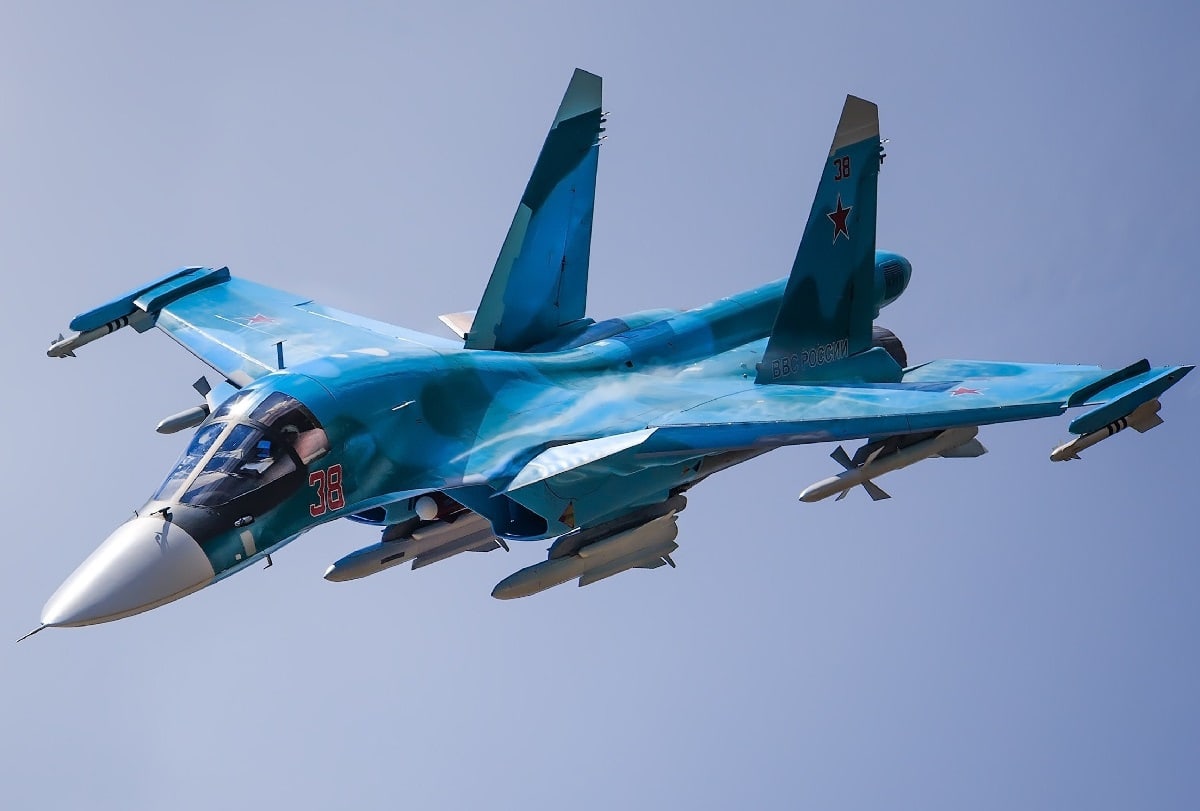 The Sukhoi Su-34 has remained one of Russia’s most capable all-weather combat aircraft – it is capable of ground, surface, and air attacks. It has been deployed to Syria, where it was employed in attacks against rebel and ISIS forces, and could likely be used to help defend Moscow’s interests in the Arctic region.

This week, crews of the multirole fighter-bombers from the Russian Central Military District’s aviation division took part in training exercises in the Kurgan Region. According to state media reports, the aircraft successfully breached a notional enemy’s air defenses and eliminated the adversary’s weapons by bombing strikes and drills.

“The crews of Su-34 fighter-bombers delivered about 20 bombing strikes on the notional enemy’s weapons,” the district’s press office said in a statement to Tass.

The pilots took part in simulated combat missions amid changing weather conditions – both in clear weather and in dense, low clouds. The drills involved fifteen aircraft and allowed the Su-34 fighter-bombers to operate alongside Su-24MR reconnaissance planes. In addition, about thirty “items of ground equipment” and more than 200 flight, ground, and flight control personnel were involved in the drills.

“The pilots breached the multi-layered air defense system, operating from various directions at an extremely low altitude of about 50 meters. The pilots delivered the bombing strikes sequentially from steep descending and level flights against the designated targets,” the statement added.

Today, Russia operates many aircraft that were developed in the Soviet era, and that actually includes the Sukhoi Su-34 (NATO reporting name “Fullback”). It really wouldn’t be an overstatement to suggest this is one of the best to come out of the late Cold War period. The twin-seat, all-weather supersonic medium-range aircraft was designed to serve as a fighter-bomber and strike aircraft.

Based on the Sukhoi Su-27 “Flanker” air superiority fighter, the Su-34 can be deployed in a tactical role against ground and naval targets on solo and group missions. It is equipped with counter-fire and electronic warfare (EW) counter-measures systems. The Su-34’s surface design includes a duckbill-shaped nose cone, two tail fins broadly reminiscent of the Su-27, canards to assist with maneuverability, and a side-by-side cockpit that can potentially facilitate improved communication between the two pilots.

Initial research and development (R&D) began in the early 1980s, as the Soviet Air Force sought to phase out its aging Su-24 “Fencer” attack fighter and Tu-22 bomber with a single platform. As with many other late Soviet-era programs it was put on the proverbial “back burner” with the collapse of the Soviet Union and then remained in limbo during Russia’s economic crisis that followed. The program was only revived in earnest in the early 2000s and only formally entered service in 2014.

While many of its internal components were on the edge of obsolescence, the design went through a thorough refit and modernization. The result was a more than capable two-seat, supersonic Generation 4+ strike fighter aircraft – even if some of the design elements were introduced when U.S. President Ronald Reagan was in office.