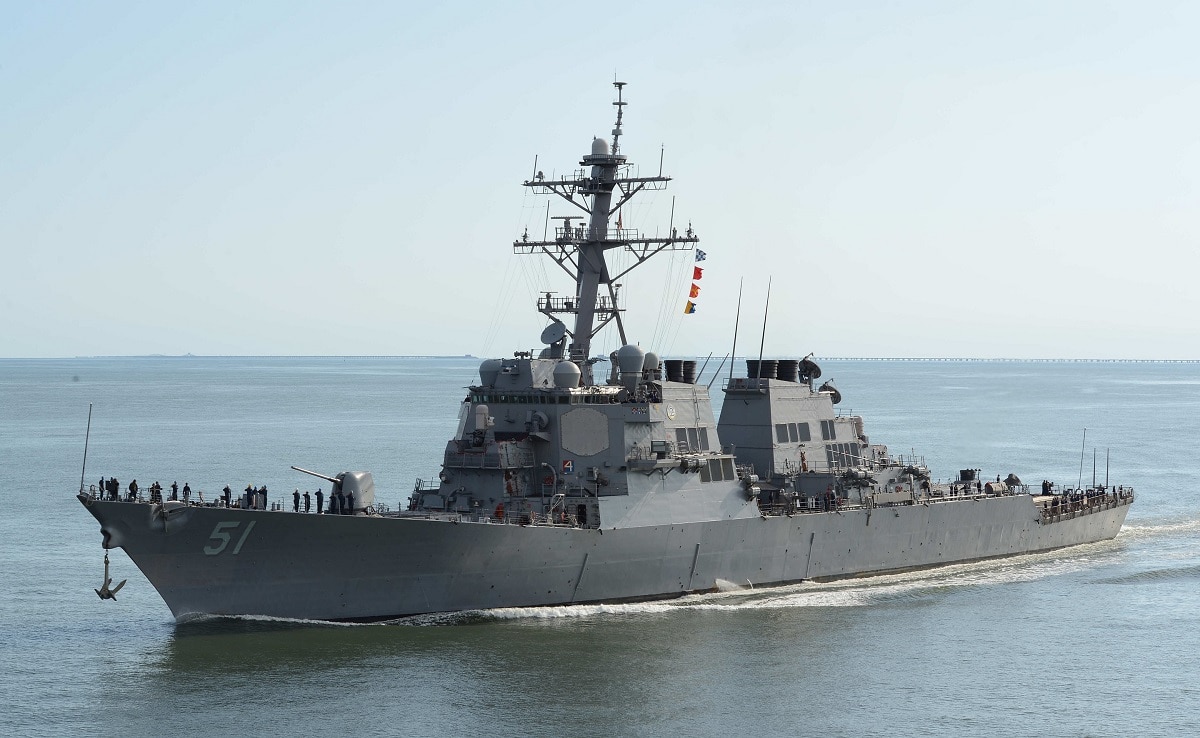 The U.S. Navy is facing a crisis: it is too small to meet the operational requirements being imposed on it. Furthermore, in terms of overall capacity, it is falling behind China, which is building warships and submarines at a prodigious rate.

If the Biden administration and Congress want to help the Navy build up the fleet while mitigating the risk of a delay in planned new shipbuilding programs, they need to fund a new multi-year procurement for the advanced DDG-51 Flight III Arleigh Burke destroyer, beginning in FY 2023.

A procurement of at least fifteen destroyers over five years would make best use of the available shipbuilding capacity. This will allow both of the two shipyards that can build the DDG-51, Bath Iron Works in Maine and Ingalls Shipbuilding in Mississippi, to deliver a brand new Arleigh Burke, the world’s best destroyer, every six months. This would help shore up the Navy’s fleet, deter China and other competitors, and mitigate the risk of a delay or cancellation of a planned new ship class.

The Chinese navy is growing and the U.S. Navy is shrinking. The People’s Liberation Army Navy is on track to have 425 combatants by 2030. It is building multiple classes of destroyers, frigates, and submarines simultaneously. Meanwhile, the U.S. Navy is struggling to put enough warships to sea to meet all its obligations. It even wants to retire four nearly brand new Littoral Combat Ships and seven Ticonderoga-class missile cruisers. While Congress has mandated a fleet size of 355 ships, the Navy will be lucky to have 300 by the end of the decade if it stays on its current path. Of these, around 100 at best will be surface combatants.

The Navy is counting on acquiring a large number of smaller combatants, such as the Constellation-class frigate and unmanned surface ships, to solve its numbers problem, although neither of these will enter service for years. It also hopes to acquire a new large surface combatant (LSC) starting at the end of the decade, even though the planning for this procurement has just begun. There are significant additional challenges associated with pursing multiple new shipbuilding programs simultaneously.

Today, the Navy has only one way of rapidly and cost effectively building up its fleet of surface combatants. This is to increase production of the DDG-51 Arleigh Burke destroyer. With its AN/SPY radar, Aegis Combat System, advanced sonar, large magazine for air and missile defense interceptors, and anti-ship and land attack weapons, the DDG-51 is the unquestionably the best large surface combatant in the world. The newest version, the Flight III, will deploy with the new, long-range SPY-6 air and missile defense radar, the advanced Standard Missile 6, and new versions of the Tomahawk land attack missile.

A major reason why the Arleigh Burke program has been so successful is its use of multi-year procurements. This allows the two shipyards that produce the destroyer to build in quantity while reducing costs. The price goes down each new contract as industrial base efficiency and economies of scale deliver savings.

Both Bath Iron Works and Ingalls Shipbuilding have used the stability provided by multi-year procurements to improve the operation of their shipyards and hire new personnel. Bath has brought between two and three thousand new workers into the shipyard. A thousand of those were hired in 2021 alone. Ingalls has also added workers. These increases have spread in turn to the DDG-51 supply chain, which involves hundreds of companies across the country. As a result of these investments, both companies are in a perfect position to increase production to at least four Arleigh Burkes each per year, or two every six months.

The shipyards have achieved an optimal position in terms of capability and cost. The new Flight III destroyers are already in production and will begin entering service in a few years. Yet the Administration and Navy leadership have chosen to embark on initiatives that will curtail the program in favor of untested new ship-class acquisitions, which will inevitably disrupt the shipbuilding industrial base, delay needed fleet growth, and deliver less military capability.

The Navy has a modernization plan based on simultaneously procuring three new classes of ships: the Constellation-class frigate, an unmanned surface combatant, and a large surface combatant. It wants to terminate production of the DDG-51 in either FY2026 or FY 2027, banking on the success of the LSC effort and the laying down of the first keel in FY 2028.

It is important to point out that the Navy failed three times to produce a new surface combatant on the schedule and at the price initially projected. The Navy really does not know how many of the new Constellation-class frigates it will build. When it comes to the LSC, it will be years before the Pentagon knows if the LSC can be built on the proposed schedule and for an acceptable price.

Without a new multi-year contract beginning in FY 2023, Bath and Ingalls will have to start reducing their workforces and cancelling planned upgrades to their facilities beginning in 2025. Bath estimates it may lose up to 2,500 workers. Once skilled workers are let go, they will be difficult to bring back if the DDG-51 line must be restarted, as happened in 2009.  Even if the LSC hits all its marks, Bath and Ingalls will not be able to retain the skilled workforce the new program will need without a multi-year procurement.

Rather than curtailing the DDG-51 program, the administration and Congress should accelerate production of these state-of-the-art destroyers, which the industrial base knows how to build at a predictable schedule and lowered price. What is required is a new multi-year procurement beginning in FY 2023 that would fund the production of at least three destroyers a year (two at one shipyard and one at the other) for five years. This would provide for a rapid infusion of advanced warfighting capabilities for the Navy, reduce costs per ship, protect a highly skilled workforce, and create a hedge against any delay to the frigate and/or LSC programs.

Considering China’s ambitious naval expansion, the need to retire older cruisers and destroyers, and uncertainty regarding the cost and schedule associated with the new frigate and LSC programs, the administration and Congress should embrace this plan to quickly strengthen the Navy by funding a new multi-year procurement. Not only would it be good for the Navy, but it would also benefit the shipbuilding industrial base, the skilled workforce at both locations, and the overall economy.