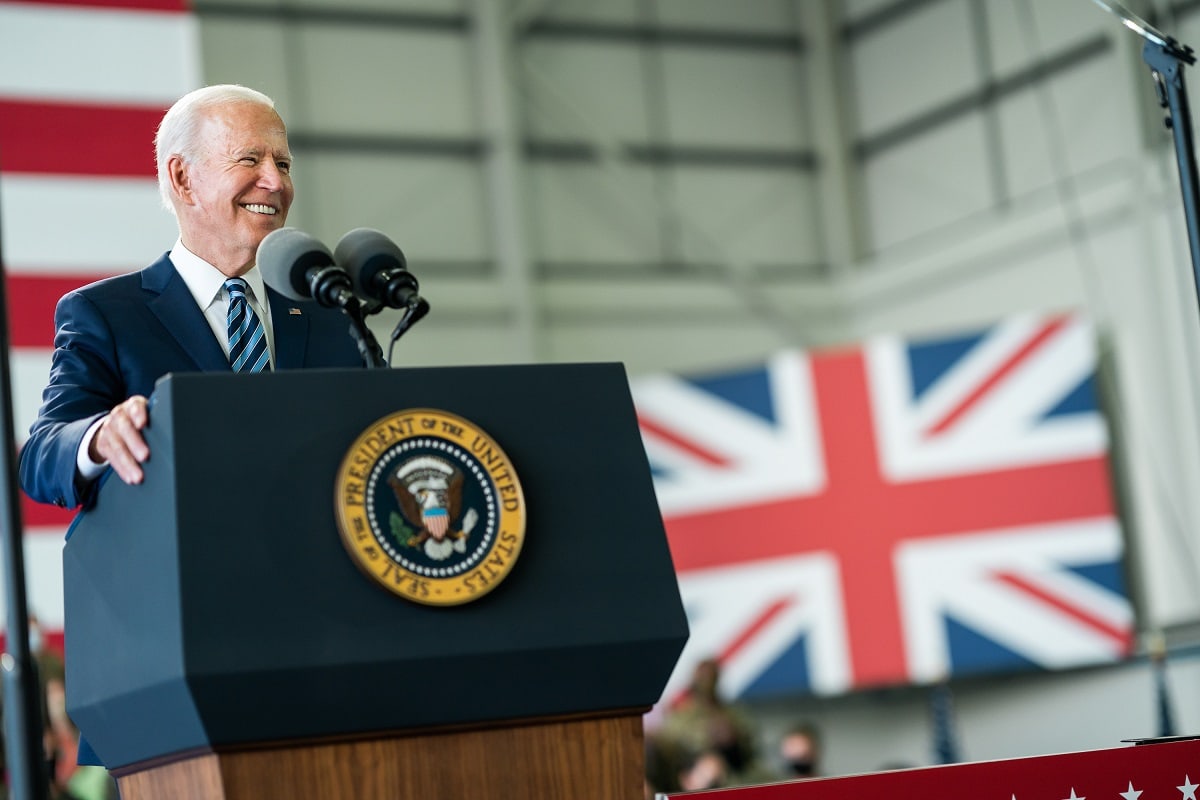 That great power competition has returned is no longer in doubt. Just as the era of Cold War bipolarity gave way to the post-Cold War era of unipolarity, that era in turn has now given way to one of multipolarity. And with the advent of a more multipolar order, the factory settings of the modern international system have kicked in once again.

Whereas the period from 1990 to about 2010 was characterized by the historically anomalous circumstances of unipolarity and the dominance of a single set of (liberal) norms, rules and institutions, the period since then has been defined by the return of multipolarity; the emergence of a serious challenge to the liberal or rules-based order; and the continuing erosion of American military primacy. In short, over the past decade or so we have witnessed the resurfacing of what might be called the “deep structure” of international relations: a condition in which states, operating under conditions of anarchy, compete for power – and perhaps even dominance – in the diplomatic, military and economic domains.

Although it has yet to sink in, this new geopolitical reality has rendered the US grand strategy of liberal internationalism – first conceived in the 1940s, but only fully practicable since the end of the Cold War – effectively obsolete. That grand strategy, of course, had two main elements: upholding and defending the liberal international order (ends) and maintaining American primacy (means). The former entailed creating a dense network of US-led liberal institutions, advancing liberal-democratic norms, promoting liberal economic systems, and universalizing liberal conceptions of human rights. The latter involved maintaining a margin of hard- and soft-power superiority necessary to police and defend that liberal international order against all comers.

But the liberal international order, if not quite dead, is certainly on its deathbed, and American primacy is fast slipping away in the face of China’s multifaceted military buildup. As a result, the grand strategy of liberal internationalism is no longer viable. As the conditions of possibility that made the strategy conceivable in 1945 and practicable in 1991 have evanesced, it has simply been rendered impossible – even if some of its most ardent advocates refuse to admit it.

But while the return of great power competition has effectively ended the checkered career of liberal internationalism, it is also calling into question one of its main competitors, the grand strategy of restraint. In connection with grand strategy, of course, the term restraint can be used in at least two registers. First, it is sometimes used as a hypernym covering a family of approaches to foreign policy that are less enthusiastic about maintaining global primacy or policing the liberal international order. That is not the way I am using it here. Rather, I am using the term solely to refer to restraint proper – that is, to a grand strategy that assumes that the US inhabits an extremely favorable security environment in the post-Cold War world, that this environment is the product of forces other than American primacy, and that the United States, therefore, does not require the world-spanning system of military alliances, bases, and deployments to maintain a liberal international order that either doesn’t exist or is self-sustaining.

And just how has the return of great power competition rendered restraint just as passé as liberal internationalism? Simply put, like liberal internationalism, restraint was an artifact of the post-Cold War unipolar moment. In that moment, the United States as the sole superpower faced no peer competitor. In fact, when added to the blessings of its geography, its overwhelming defensive capabilities seemed to leave the US facing no real military threats at all. Such dangers as did exist – “rogue states” like Iran and Iraq; terrorist groups like al-Qaeda; humanitarian emergencies like that in Rwanda; or state failure as in the case of Somalia – either did not pose a direct threat to US security or could be addressed using limited military means. In such a world, advocates of restraint argued, the US could liquidate the legacy alliance systems leftover from the Cold War, downsize its armed forces, end the pointless policing actions in Iraq and Afghanistan, and otherwise assume a much more modest security posture. Even offshore balancing was deemed excessive. In the post-Cold War unipolar world, an ability to maintain adequate forces “offshore” to intervene in key regions of the world should a potentially hostile hegemon emerge was deemed superfluous; for not only where there vanishingly few potential hegemons out there, but local balance-of-power dynamics would kick in if any such hegemons were to emerge.

All of this was plausible between 1990 and, say, 2015. But the unipolar moment bracketed by those two dates is now well and truly over, and with its passing the conditions of possibility for a grand strategy of restraint have simply ceased to exist. The United States now faces a revisionist near-peer competitor in the form of China. This rising and revisionist power is seeking to establish leadership over the institutions of global governance, advance autocratic norms, and remake the global economy along more Sino-centric lines. Left unchecked, it may well succeed in creating a post-liberal – indeed, illiberal – international order, one that would leave the US subject to rules, norms and institutions that do not reflect its values and that might well threaten its economic wellbeing. Add to this the increasingly certain prospect of a Chinese military with global reach and enjoying qualitative parity with the US and it is clear that unipolar moment – a moment when a grand strategy of restraint was perhaps possible – has passed.

Having eliminated both the grand strategy of liberal internationalism and that of restraint, what grand strategy is left that would be suited to the realities of a post-unipolar world in which the logic of great power competition has reasserted itself?

My argument is that the only viable strategic path forward is a specific form of the traditional realist one of balancing – one that Rush Doshi in his recent book The Long Game: China’s Grand Strategy to Displace American Order has labelled “blunting.” According to Doshi, a blunting strategy would involve denying China hegemony in its home region, undermining Chinese efforts to assert its leadership regionally and globally, and preventing China from dominating the global commons, including not only the high seas, but space and cyber as well. As Doshi argues, such a strategy would have military, political and economic dimensions, for it is in precisely these domains that China is seeking to build its own forms of control. The goal of such a strategy would be essentially defensive – to prevent the emergence of China as either a regional or global hegemon.

But where Doshi sees blunting as tied to a broader strategic project of order (re)building, I do not. Rather, I see it as a stand-alone strategy, one anchored in both balance-of-power realism and the realities of the new era of great power competition. The goal of such a stand-alone blunting strategy would be nothing more than preventing the crystallization of an unfavorable balance of power in any of the world’s key regions – minimally, the traditionally defined geographic regions of Europe, the Middle East and the Western Pacific, but also the less traditional “regions” of space, the high seas, cyber, and the world’s more consequential multilateral institutions. It would not be an element of a broader strategy of reviving some half-imagined liberal or rules-based international order in the face of threats posed by the gathering forces of illiberalism and autocracy in general or China in particular. Rather, it would be a strategy for maintaining a stable balance of power – one that would be conducive both to American national security and the United States’ global economic interests.

Such a blunting strategy would by its very nature be restrained, but in a way suggested by the hypernymic meaning of the word, not the narrower sense. In other words, a blunting strategy would allow regional balances to crystallize on their own, avoiding any type of deep engagement unless absolutely necessary to thwart China or any other revisionists from decisively shaping a regional balance to its own advantage. And even then, a US balancing strategy would be ordered toward catalyzing or supporting local counterbalancing dynamics rather than playing the lead role or assuming the lion’s share of the counterbalancing burden. To be sure, such a balancing strategy might involve alliances and coalitions as circumstances dictate – indeed, such arrangements have been part-and-parcel of all balancing strategies employed in the modern era. But it would not entail a planetary network of thickly institutionalized alliances, complete with an extensive basing network, permanent deployments of troops abroad and all the other expensive accoutrements of a grand strategy of global hegemony.

Nor would it be premised on military primacy, at least not in all environments and regions and at all times. An asymmetric ability to blunt the efforts of aspiring regional hegemons – rather than a military capacity to uphold, defend and extend a comprehensively liberal order – would be all that would be necessary. Such a strategy would require robust military forces, but these could be configured for deterrence through denial – for denying an adversary the ability to use its own forces for offensive purposes – rather than for the kind of imperial policing required by liberal internationalism.

These, then, are the new geopolitical realities and the grand strategic derivatives of those realities. The only question now is, will the United States abandon the fading hope of liberal internationalism and the forlorn hope of restraint and adopt instead the only realistic grand strategy left available to it – one of prudent balancing?