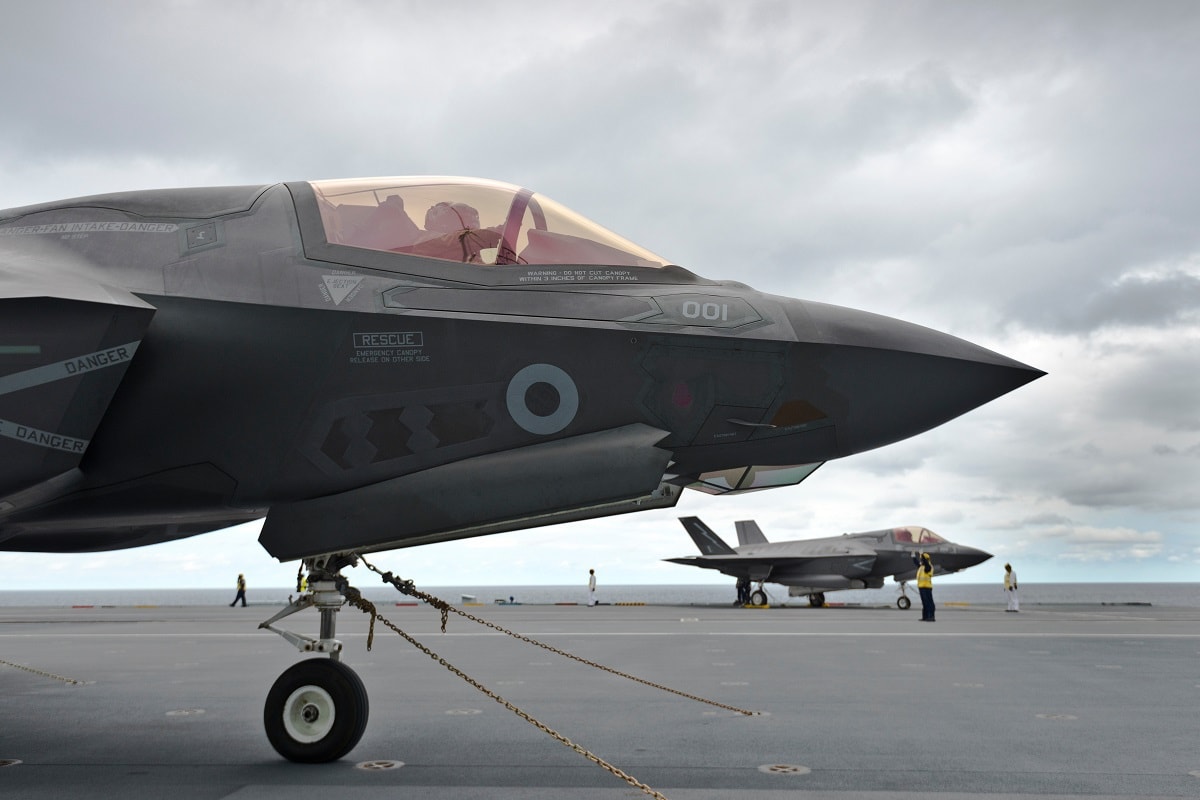 VMFA 211 has been embarked to serve as the air wing of the carrier during her maiden deployment that will take the carrier to some forty countries over the next several months. The deployment of the USMC aircraft was meant to hone interoperability between the two nations.

It is the latest example of increased United States military and the British Armed Forces joint operations, while last week USNI News reported that the UK would also welcome a chance to embark a squadron of its F-35B Joint Strike Fighters aboard an American amphibious assault ship.

“It’ll be interesting to see what happens without our F-35Bs and whether we find ourselves on a U.S… ship in the future,” Ben Wallace, the UK’s secretary of state for defence, told reporters during a press briefing in Washington, D.C. “I think there’s a lot of opportunities for it. And we shouldn’t be anchored to one type or the other. The French have used the Charles de Gaulle often to do strikes against Islamist targets in Africa. And it is a floating airfield, as well as a floating intelligence collection capability, [intelligence, surveillance and reconnaissance] capability and protection, as well as a convener.”

USNI News asked the defence secretary if there had been discussions to deploy RAF F-35Bs to an American amphibious assault ship, to which he responded, “If the U.S. Marine Corps wants us to return the favor, I would be delighted to deploy a squadron.”

With several nations operating the F-35B, Wallace said that it opens the possibilities for other NATO allies and partners to have their aircraft embarked on the Royal Navy’s flagship carrier. The defence secretary had recently met with hits Italian counterparts, and even as Italy has begun to deploy the Joint Strike Fighter on its own carrier, Cavour, there is the possibility of Italian F-35Bs flying from “Big Lizzie” in the future.

“The whole point of it is it’s a carrier that will interoperate very well with F-35Bs,” said Wallace. “And that’s what we’re working on together and the Italians are incredibly keen to sort of get certified, or verified – whatever the term is – to use it. I think that’s the plan is that first of all, for us, it’ll be as much a NATO asset.”

Wallace added, “During her first phase of her deployment, she was put under NATO availability for a certain period of time.”