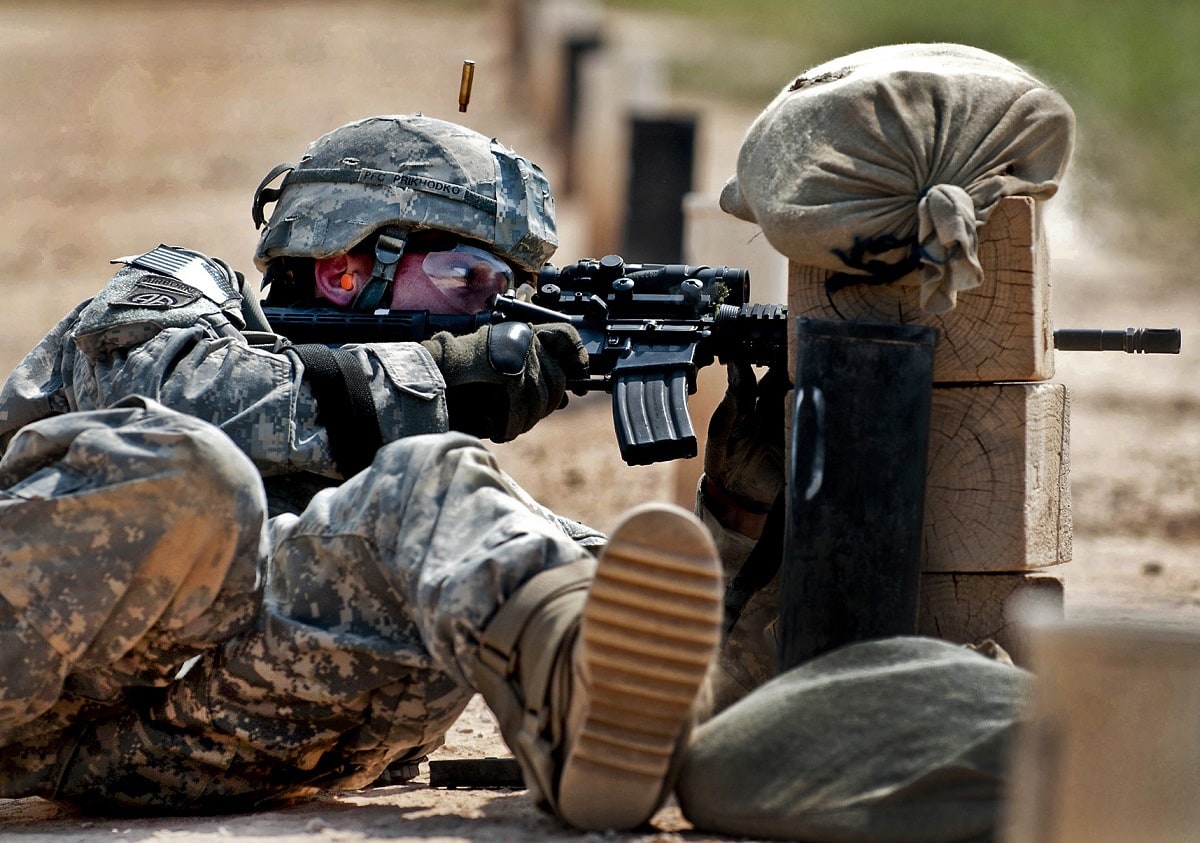 Pentagon Spokesman John Kirby was lackadaisical at the thought of up to $24 billion in American hardware falling into the hands of the Taliban because such equipment does not “pose a threat to the United States or pose a threat to neighboring nations.” Indian authorities should call in the US chief of mission for an explanation.

While it is true that such weaponry does not pose a threat to Pakistan for the simple reason that the Afghan Taliban remain largely under the control of Pakistan’s intelligence agency, the ISI. While Pakistani diplomats might react with umbrage at such a suggestion, Pakistan’s own interior minister Sheikh Rasheed admits Pakistan uses the Taliban as a proxy.

In 1995, I visited Jihana, Yemen. Its arms market was reputed to be one of the biggest in the region. While wandering amongst the stalls, I saw boxes of ammunition marked property of the United States Army that apparently ended up in Yemen after being sent to Saudi Arabia ahead of the 1991 liberation of Kuwait. Nearly a decade later, the New York Times used the question of insecure weaponry and explosives as an October Surprise “gotcha” to derail President George W. Bush’s re-election campaign. Republicans returned the favor by castigating President Barack Obama for failure to secure Libyan weaponry upon the downfall of the Qadhafi regime. The point is simple: Abandoned weaponry seldom remains in place nor does it flow to the forces of altruism.

Pakistan is a leading state sponsor of terror. State Department failure to designate serves no purpose other than undermine Foggy Bottom’s ability to address terrorism with credibility. As the ISI seeks to use terror groups as a tool of foreign policy, India is in its crosshairs. Jihadi groups trained, armed, or supported by Pakistan have a long history of targeting Indians not only in Kashmir, but across the country. In their 2008 Mumbai attacks, Lashkar-e-Taiba not only killed scores of Indians, but also targeted Americans.

Forget the Blackhawk and Chinook helicopters, workhorses whose structure and capabilities are already well-known to America’s global rivals. Certainly, they might end up in wrong hands as Pakistani or perhaps Chinese engineers and mechanics will repair the damage done by rushed American efforts to hobble them. The real danger moving forward is the thousands of sniper rifles and other small arms left behind. There is no shortage of loose weaponry in Pakistan or amongst the terror groups it supports, but the best-made American sniper rifles are an order of magnitude more reliable than the counterfeit Kalashnikovs and other weapons most terrorists can now get their hands on. While Pakistan- and now-Afghanistan-based terror groups might cause mass casualties by targeting crowds of civilians, President Joe Biden’s arbitrary, hasty, and incompetent withdrawal now means that the ISI can direct terrorist snipers to target Indian forces along the entire line-of-control or engage in more pinprick terror in any Indian city. The 2002 sniper attacks in Washington, DC, terrorized a city; Biden now facilitates terrorists replicating such attacks in the world’s largest democracy. That Price dismisses such concerns by implying India does not border Afghanistan is disingenuous. At the very least, it also suggests that Biden and Secretary of State Antony Blinken’s talk of putting diplomacy first is empty.

Simply put, Biden, Blinken, National Security Advisor Jake Sullivan and his deputy Jon Finer owe India a huge apology and must accept personal responsibility for the bloodshed that is sure to come.