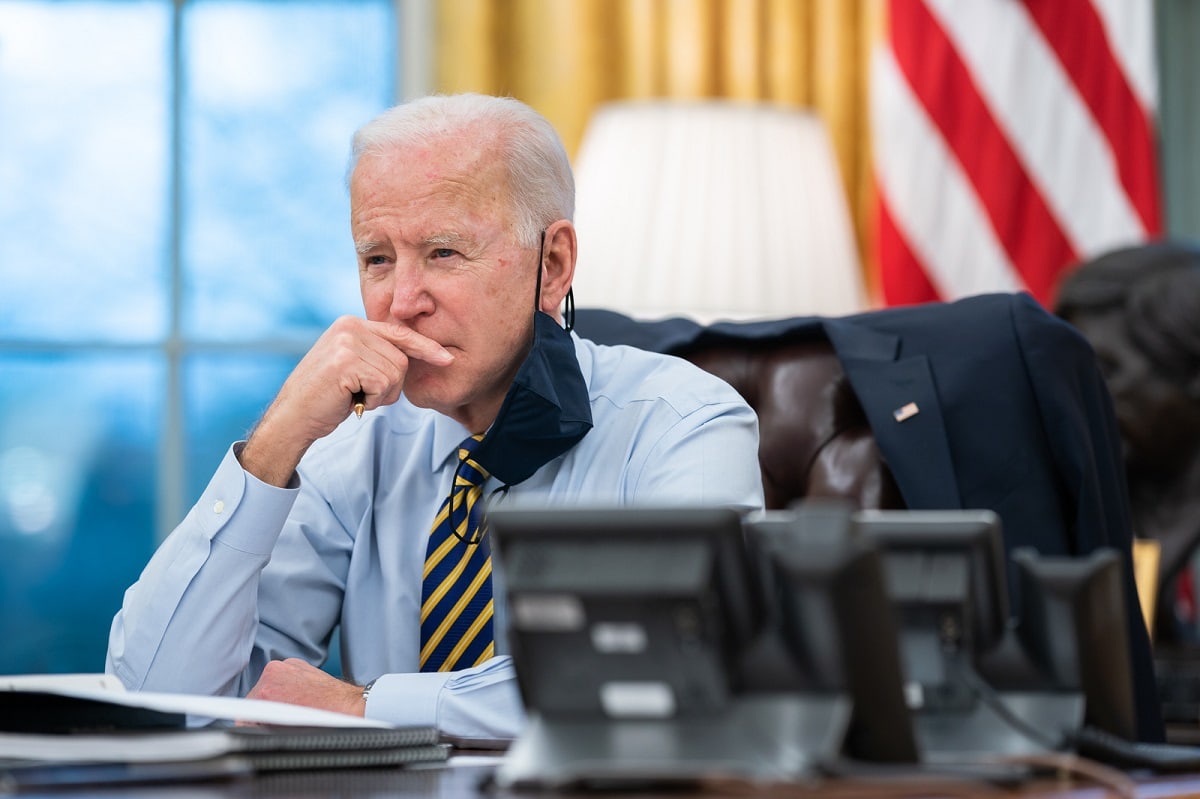 In April 1961, just months after the young John F. Kennedy was inaugurated as the 35th president of the United States, his reputation for expertise in foreign policy took a battering as a result of the Bay of Pigs fiasco, a covert action against the Cuban government that collapsed within a matter of days.

The collapse in Afghanistan that has flowed from current President Joe Biden’s decision to proceed with a complete US troop withdrawal is more than likely to be seen as his own Bay of Pigs moment.

But it may be something worse, akin to the Suez crisis of 1956, which not only humiliated the British government of Sir Anthony Eden, but marked the end of the United Kingdom as a global power.

When historians look back at the shambolic US exit from Afghanistan, it may increasingly appear a critical marker of America’s decline in the world, far eclipsing the flight from Saigon in 1975.

The path to disaster

How did this come to pass? Afghans, turning on themselves, are already pinning the blame on now-departed President Ashraf Ghani, and Biden’s defenders are sure to join the chorus. Yet this is an oversimplification of how things unravelled.

Ghani’s domineering style, poor personnel choices, and reluctance to delegate power to others all played significant roles in the current crisis.

However, the institutional and political problems that were festering long before Ghani became president are perhaps more to blame: a seriously overcentralised state; a presidential system that placed far too much formal power in Kabul; and the development of “neopatrimonial” politics, based on patronage networks that had flourished under former President Hamid Karzai, which in turn fostered electoral fraud.

An even more significant role was played by Pakistan, the Taliban’s longstanding patron and supplier of sanctuaries, logistical support, and equipment.

But the (unintentional) green light for Pakistan’s “creeping invasion” of Afghanistan, with the Taliban as its proxy, ultimately came from Washington.

First, there was the catastrophic exit agreement signed with the Taliban on behalf of the Trump administration by the US special envoy to Afghanistan, Zalmay Khalilzad, in February 2020. The flaws of this deal were immediately obvious. Following that was Biden’s conscious choice to adhere to it.

Biden has since sought to emphasise that he inherited the agreement from Trump, but it was his decision to stick with it, and to retain its architect, Khalilzad, as his own representative. Appalling US decision-making lies at the heart of the tragedy.

What lies behind Biden’s failures?

What factors might explain Biden’s gross misjudgment? At this point, several come to mind.

A first factor, universally overlooked, is his lack of relevant experience in dealing hands-on with complex and dangerous foreign policy challenges.

Until becoming president in January 2021, Biden had never held an office with distinct executive authority. He was a longtime legislator and then vice president, and he was a member of the Senate Foreign Relations Committee for 12 years, including several years as chairman.

But he never occupied a position where he was routinely required to make final decisions on matters of high policy with significant associated risks.

Having an interest in world affairs is not the same thing as having strong judgement or a talent for developing and implementing foreign policy. Robert Gates, a former defense secretary in both Republican and Democrat administrations, argued in his 2014 memoir that Biden had been

wrong on nearly every major foreign policy and national security issue over the past four decades.

Some reports suggest Biden’s decision to follow Trump’s path was driven more by instinct and longstanding beliefs than by a methodical, cerebral appraisal of the dangers.

Biden may also have been influenced by a deep, almost visceral, suspicion of the advice of the US military, going back to his failed attempts while vice president to argue against the “surge” of US troops in Afghanistan, which President Barack Obama ultimately decided to do.

A second factor at play is likely US domestic politics. Biden and his supporters have quoted polling in support of a complete US troop withdrawal, but it is unlikely this was much of a contributor to the final decision, as Afghanistan has never generated anything like the heat in US politics that was associated with the Vietnam War.

A more likely contributor was the internal politics of the Democratic Party. Biden had endured considerable criticism from the left over his ardent support for the invasion of Iraq in 2003. Supporting an Afghanistan troop withdrawal had the potential to ameliorate some of those concerns, and to appeal to the party’s progressive wing and ideological isolationists.

How the US-Taliban deal eroded confidence

The US decision also reflected a grave misunderstanding of power dynamics in Afghanistan.

As I have previously noted, mass psychology is a critical determinant of political trajectories in an environment as threatening and de-institutionalised as that in Afghanistan.

As in an avalanche, a small shift can rapidly snowball, resulting in what social scientists call “cascades”.

The collapse of the Afghan government provides a perfect example of a cascade at work. The 2020 US-Taliban deal created deep and widespread apprehension about what the future might hold. Then, it only took a few localised failures to sap the confidence of all sorts of actors, both military and civilian, in the survival of the government. Side-switching became a rational strategy, then spun out of control.

The US troop withdrawal also seems to have reflected a failure on the part of Biden – although not the US military — to appreciate how destructive the February 2020 agreement had been to the effectiveness of the Afghan military.

In requiring the withdrawal not just of US troops but US maintenance contractors, it compromised the ongoing capabilities of key assets in the inventory of the Afghan National Army, as well as depriving the army of critical air cover. As an insightful analysis put it,

in the wake of President Biden’s withdrawal decision, the US pulled its air support, intelligence and contractors servicing Afghanistan’s planes and helicopters. That meant the Afghan military simply couldn’t operate anymore.

The long-lasting damage to US credibility

It is hard to see how Biden can emerge from this disaster without his credibility shredded, but the greater loss is to the credibility of the United States, which increasingly appears a fading power internationally (as well as a failing state at home).

For no great gain, it sold out the most pro-western government and public in the region to a brutal terrorist group, all this after having long promised the Afghans that they would never be abandoned.

In May 1940, in a scathing indictment of the failures of the Chamberlain government to stand effectively by its allies, former British Prime Minister David Lloyd George observed cuttingly that “our promissory notes are now rubbish on the market”.

As a result of its failures over Afghanistan, the Biden administration is rapidly heading in a similar direction.

Professor William Maley is Emeritus Professor at The Australian National University, and is author of Rescuing Afghanistan (2006), What is a Refugee? (2016), Transition in Afghanistan: Hope, Despair and the Limits of Statebuilding (2018), The Afghanistan Wars (3rd ed, 2021), and Diplomacy, Communication and Peace: Selected Essays (2021). He and Dr Niamatullah Ibrahimi are co-authors of Afghanistan: Politics and Economics in a Globalising State (2020).

Professor William Maley is Emeritus Professor at The Australian National University, and is author of Rescuing Afghanistan (2006), What is a Refugee? (2016), Transition in Afghanistan: Hope, Despair and the Limits of Statebuilding (2018), The Afghanistan Wars (3rd ed, 2021), and Diplomacy, Communication and Peace: Selected Essays (2021). He and Dr Niamatullah Ibrahimi are co-authors of Afghanistan: Politics and Economics in a Globalising State (2020).