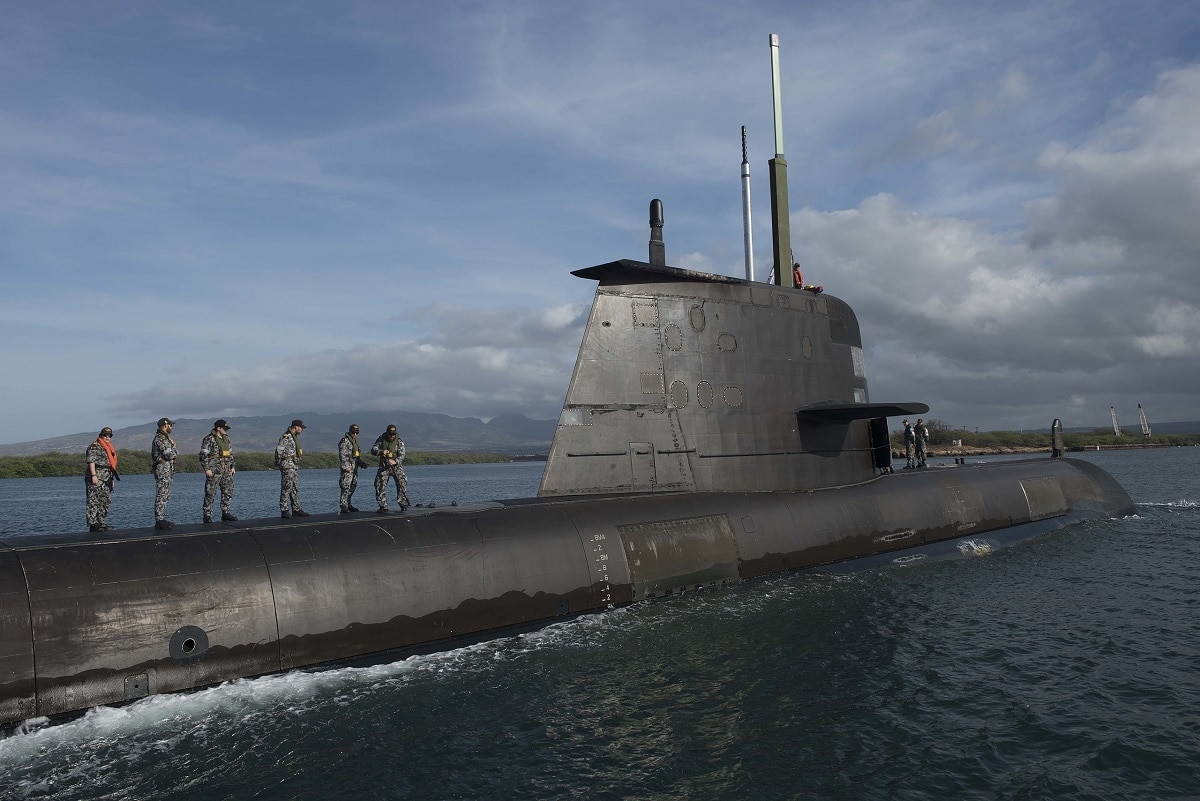 You can have a cheap submarine capability, or you can have a safe and effective one. There’s no third option. Australia has chosen the second option; consequently, its submarine capability costs a lot. But how much exactly? We’re all now very familiar with the $89 billion price tag on the future submarine, but that’s a number that stretches far off into the distance, and it doesn’t cover all aspects of the capability.

Perhaps a more useful way to answer the question is to focus on the annual spending on Australia’s submarine capability. Parts of the answer are easy to find, but as with all areas of Australian Defence Force capability, it’s difficult to develop a comprehensive number. It’s particularly hard if we’re trying to include all elements of capability—or the nine fundamental inputs to capability, to use the Defence Department’s term—such as facilities. It’s hard to know how much of the $3,188 million spent annually on estate maintenance and garrison support should be attributed to submarines, for example. Or how to identify indirect costs such as educating future submarine officers at the Australian Defence Force Academy. So we’ll limit our analysis to direct costs that can be attributed to submarines with reasonable confidence.

The sustainment cost of the navy’s six Collins-class submarines is the easy bit. That’s spelled out clearly in Defence’s budget statements and annual report. It’s averaged $574 million per year over the past 10 years but has been increasing. It’s predicted to be $671 million this year.

However, that number doesn’t include some key elements. One is fuel. A full tank of diesel will cost several hundred thousand dollars. Another cost that isn’t included is even bigger, namely the uniformed personnel operating and maintaining the submarines. While each submarine has a crew of around 55, a much larger number than six lots of 55 is needed to have a robust, sustainable workforce. The navy has done well in increasing the number of its submariners over recent years and Defence informed the Senate earlier this year that that total had reached 881, although there were still some shortfalls. ASPI analysis (page 70) concluded that the average cost of each permanent ADF member was $160,000 a year five years ago, but submariners receive special allowances and retention bonuses so we could be looking at $250,000. Overall, the cost of the uniformed submarine workforce is probably more than $225 million.

The Collins sustainment cost includes full- and mid-cycle dockings in which the submarines are taken out of the water for overhaul, but it doesn’t include the cost of major upgrades that are installed during those dockings. Those are listed separately as acquisition projects in the SEA 1439 portfolio of projects. Here’s where numbers can get tricky. Since the Defence budget statements include only the department’s top 30 projects by planned spending for the year, we don’t know projects’ spending if they don’t make the cut-off, which was $97 million this year (although it’s been lower at around $50–60 million in recent years). If a project doesn’t ever make the top 30 it’s hard to know that it even exists, let alone what it’s spending.

Projects currently running include SEA 1439 Phase 6, which is upgrading the Collins’ sonars. It spent $133 million in 2020–21 but doesn’t make the top 30 this year. There’s also SEA 1439 Phase 5B2, which is an upgrade of the Collins’ communications and electronic warfare suites. It spent $64 million in 2018–19 and $70 million in 2019–20. There are other phases of SEA 1439, but we can’t see what they are spending. This year the budget statements also include Joint Project 9013, which is upgrading the Collins’ satellite communications system with predicted spending for the year of $101 million. We’ve collated the available data in our Cost of Defence database. Let’s lump all of the Collins upgrade projects together and call it $300 million a year.

With around $670 million for sustainment, $225 million for the workforce, and $300 million for upgrade projects, the Collins class’s direct costs are in the order of $1.2 billion per year.

But since we’re looking at the cost of Australia’s submarine capability, not the Collins per se, we also need to include the cost of the future submarine. Annual spending on SEA 1000, the project designing and building the Attack-class submarine, has been steadily growing. Even though we’re still several years away from starting construction, spending hit $719 million last year and is planned to pass $1 billion this year.

So the direct cost of our submarine capability is around $2.2 billion this year. That’s about 5% of Defence’s $44.6 billion budget. That’s the cost. The fundamental question is whether that presents value. That’s hard to address in one post. Under the Collins’ usage and upkeep cycle, that spend results in two deployable boats. But in light of the long transit distances to where our submarines operate, that model can’t ensure one boat on station. On the other hand, even the prospect of encountering one capable submarine can generate significant uncertainty for any adversary.

The annual spend is going to increase considerably—and quickly. In the near term, as the future submarine project ramps up and transitions from design to construction, it’s reasonable to assume that its annual cash flow will pass $2 billion by the middle of this decade. It’s important to realize that now that we’re in the era of continuous naval shipbuilding, those costs will never ramp down; we will always be designing and building submarines, so we will be paying something like $2 billion per year (in current dollars) until submarines go out of fashion.

The current round of Collins upgrade projects will wind down, but they will be replaced by the Collins life-of-type-extension program in the second half of this decade. While the LOTE is based on full-cycle docking, its scope is going to be much larger, including new main motors, diesel generators, and electrical distribution systems, so its costs will be much higher. How much higher isn’t clear, although the 2020 force structure plan has a funding line for the LOTE of $3.5–6.0 billion (page 45). It’s hard to see its cost being less than the current program of upgrades, so it’s likely we’ll still be spending at least $300 million per year once the first LOTE installation starts in 2026. The number of submariners will need to keep growing in anticipation of the arrival of the Attack class.

By the second half of the decade, we’re likely to be looking at around $3.5 billion per year for our submarine capability—which will be the same as it is now. That’s still some years before the first Attack class is deployable in 2034 on the current schedule.

In the longer term, costs will continue to grow as the Attack class enters service. Its increased sustainment cost will a major driver. The new submarines will be 40–50% bigger than the Collins and the fleet will be twice as big, so the sustainment cost will be at the very least three times that of the Collins—or around $2 billion (in today’s dollars) by the time all 12 boats are in service in the mid-2050s. Defense’s own numbers support this. It has informed the Senate that the sustainment cost of the Attack class will be $50 billion in current dollars; for a 25-year life of type, that works out at $2 billion per year.

Of course, the 2050s are a long way away. But there’s likely to be a 10-year period from the mid-2030s to the mid-2040s when we’ll be operating both the Collins and Attack submarines simultaneously, and that will bring significant overheads.

The future fleet will likely need more than twice as many submariners since the crew of each Attack-class boat will be bigger. Plus, overheads will increase—for example, through the establishment of a second submarine base on the east coast (see page 120 of the 2020 force structure plan).

So, between the operating cost of the future fleet and the ongoing cost of continuous shipbuilding, we could easily be looking at $5 billion per year in current dollars once we reach the mature Attack-class fleet. That’s more than twice as much as we’re paying now, but it should result in at least twice as many boats with greater capability available for operations, meaning more boats will be on station for longer.