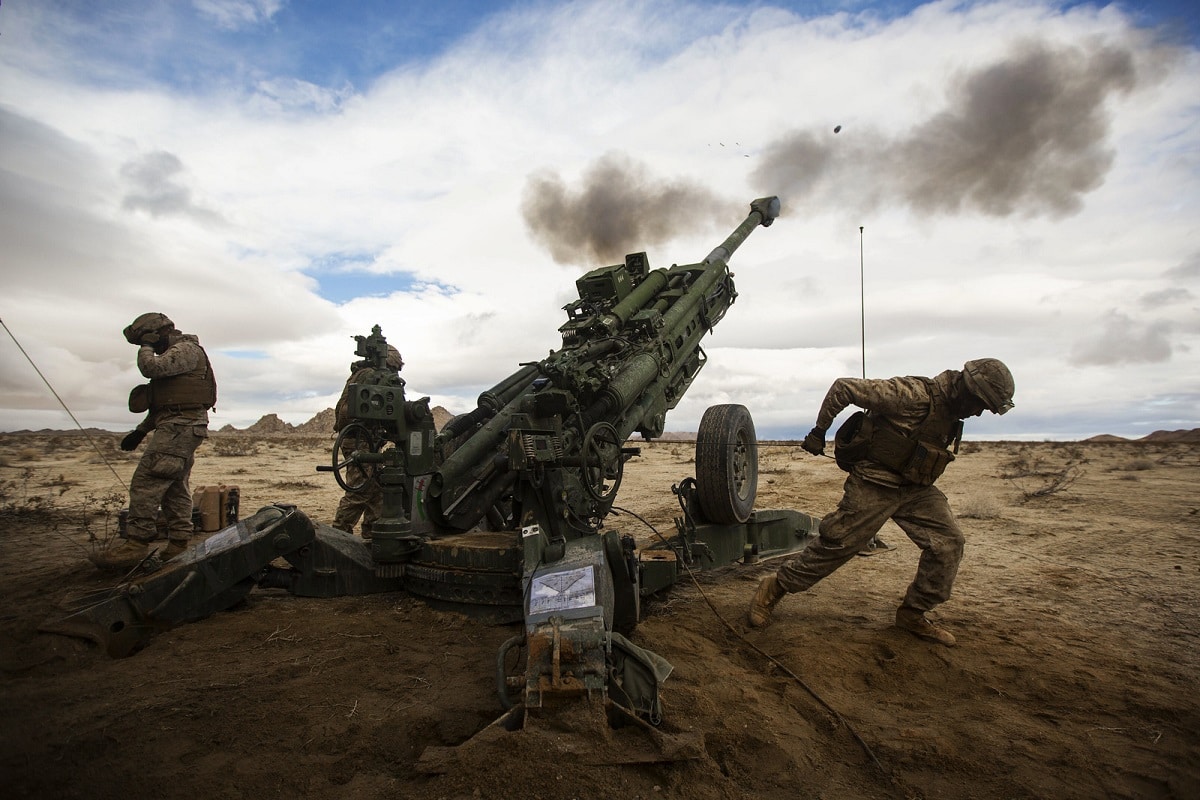 As headlines proclaim the “end” of “America’s longest war,” President Joe Biden’s withdrawal of the remaining U.S. military personnel from Afghanistan is being covered by some in the news media as though it means the end of the conflict – or even means peace – in Afghanistan. It most certainly does not.

For one thing, the war is not actually ending, even if the U.S. participation in it is dwindling. Afghan government forces, armed and equipped with U.S. supplies – at least for the moment – will continue to fight the Taliban.

Disengagement from an armed conflict is common U.S. practice in recent decades – since the 1970s, the country’s military has simply left Vietnam, Iraq and now Afghanistan. But for much of the country’s history, Americans won their wars decisively, with the complete surrender of enemy forces and the home front’s perception of total victory.

A History of Triumph

The American Revolution, of course, was the country’s first successful war, creating the nation. The War of 1812, sometimes called the Second War of Independence, failed in both its goals, of ending the British practice of forcing American mariners into the Royal Navy and conquering Canada. But then-Major General Andrew Jackson’s overwhelming triumph at the Battle of New Orleans allowed Americans to think they had won that war.

In the 1840s, the U.S. defeated Mexico and seized half its territory. In the 1860s, the United States defeated and occupied the secessionist Confederate States of America. In 1898 the Americans drove the Spanish out of Cuba and the Philippines.

America’s late entry into World War I tipped the balance in favor of Allied victory, but the postwar acrimony over America’s refusal to enter the League of Nations, followed by the Great Depression and the rise of fascism, eventually soured Americans on the war’s outcome as well as any involvement in Europe’s problems.

That disillusionment led to the strident campaigns to prevent the U.S. from intervening in World War II, with the slogan “America First.” When the U.S. did enter the war after the attack on Pearl Harbor, President Franklin Roosevelt demanded the “unconditional surrender” of both Germany and Japan.

The discovery of the Nazi death camps gave the war its profound justification, while the Japanese surrender on the battleship Missouri in 1945 became a symbol of unparalleled American power and victory. It was perhaps captured best by the words of the American general who accepted that surrender, Douglas MacArthur: “In war there is no substitute for victory.”

After World War II, the United States kept substantial military presences in both Germany and Japan, and encouraged the creation of democratic governments and the development of what ultimately became economic powerhouses.

The U.S. stayed in those defeated nations not with the express purpose of rebuilding them, but rather as part of the post-war effort to contain the expanding influence of its former ally, the Soviet Union.

Nuclear weapons on both sides made all-out war between the superpowers unthinkable, but more limited conflicts were possible. Over the five decades of the Cold War, the U.S. fought at arm’s length against the Soviets in Korea and Vietnam, with outcomes shaped as much by domestic political pressures as by foreign policy concerns.

In Korea, the war between the communist-backed North and the U.S.- and U.N.-backed South ended with a 1953 armistice that ended major combat, but was not a victory for either side. U.S. troops remain in Korea to this day, providing security against a possible North Korean attack, which has helped allow the South Koreans to develop a prosperous democratic country.

In Vietnam, by contrast, the U.S. ended its involvement with a treaty, the Paris Peace Accords of 1973, and pulled out all U.S. troops. Richard Nixon had vowed early in his presidency that he would not be “the first American president to lose a war,” and used the treaty to proclaim that he had achieved “peace with honor.”

But all the peace agreement had really done was create what historians have called a “decent interval,” a two-year period in which South Vietnam could continue to exist as an independent country before North Vietnam rearmed and invaded. Nixon and his chief foreign policy adviser, Henry Kissinger, were focused on the enormous domestic pressure to end the war and get American prisoners of war released. They hoped South Vietnam’s inevitable collapse two years later would be blamed on the Vietnamese themselves.

But the speed of the North Vietnamese victory in 1975, symbolized by masses seeking helicopter evacuations from the roof of the U.S. Embassy in Saigon, revealed the embarrassment of American defeat. The postwar flight of millions of Vietnamese made “peace with honor” an empty slogan, hollowed further by the millions murdered in Cambodia by the Khmer Rouge, who overthrew the U.S.-supported government as troops withdrew from Southeast Asia.

The Choice to Withdraw

President George H.W. Bush thought the decisive American victory in the Persian Gulf War in February 1991 “kicked the Vietnam syndrome,” meaning that Americans were overcoming their reluctance to use military force in defense of their interests.

However, Bush’s 90% popularity at the end of that war faded quickly, as Iraqi dictator Saddam Hussein remained in power and the U.S. economic recession took the spotlight. One bumper sticker in the 1992 presidential campaign said, “Saddam Hussein has a job. Do you?”

In 2003 President George W. Bush sought to avoid his father’s mistake. He sent troops all the way to Baghdad and ousted Saddam, but this decision embroiled the United States in a frustrating counterinsurgency war whose popularity rapidly declined.

Barack Obama campaigned in 2008 in part on contrasting the bad “war of choice” in Iraq with the good “war of necessity” in Afghanistan, and then withdrew from Iraq in 2011 while boosting American forces in Afghanistan. However, the rise of the Islamic State group in Iraq required Obama to send American forces back into that country, and the Afghanistan surge did not yield anything approaching a decisive result.

Now, Biden has decided to end America’s war in Afghanistan. Public opinion polls indicate widespread support for this, and Biden seems determined, despite the advice of the military and predictions of civil war. The fact that President Donald Trump also wanted to pull out of Afghanistan would seem to indicate there is little domestic political risk. 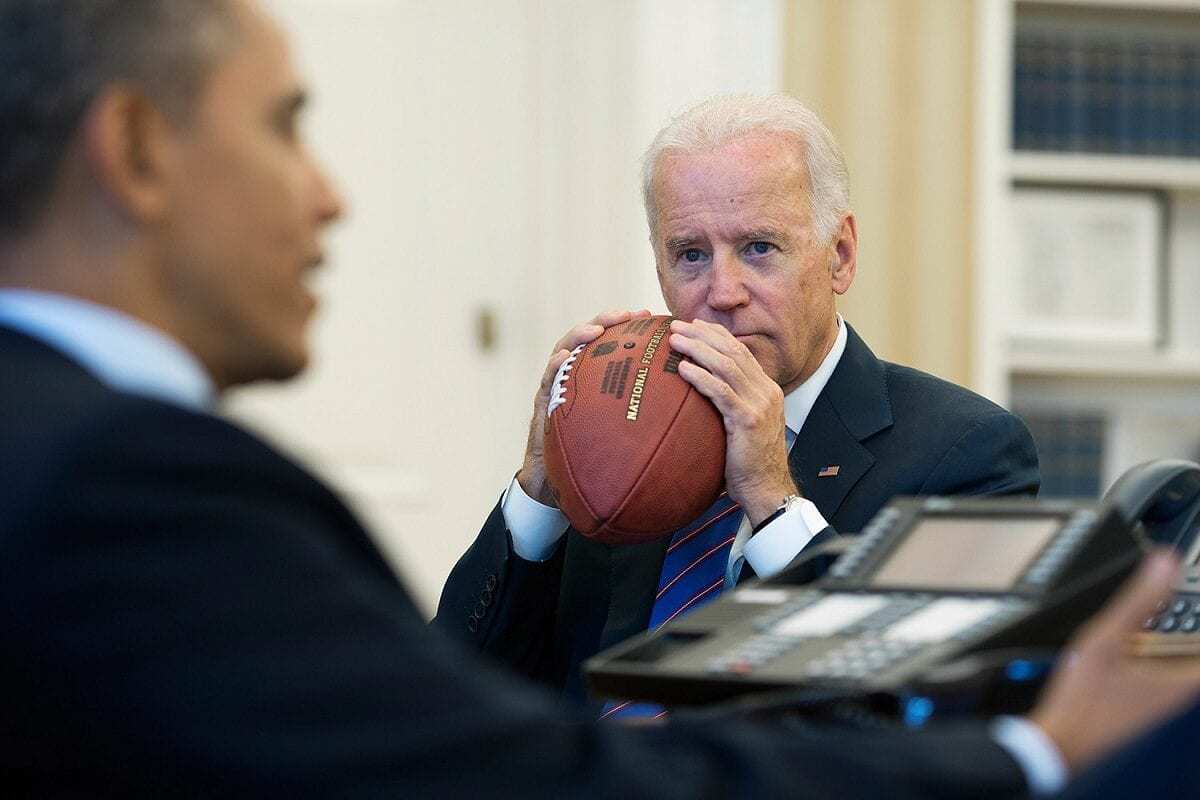 Nevertheless, history offers another possibility. A rapid takeover of the country by the Taliban, with the subsequent persecution of women and domestic opponents of the regime, may well produce a backlash among millions of Americans who follow foreign policy only episodically and when dramatic events occur.

Just as the brutality of Islamic State executions led U.S. forces back into Iraq, a Taliban takeover could make the Biden withdrawal of the relatively small American force seem an unforced error and an expression of American weakness.

As much as it might seem that Americans today want to stop their “endless wars,” the humiliation, repression and carnage involved in a Taliban triumph may well cast a profound and damaging shadow over the entire Biden presidency.

Thomas Alan Schwartz is a Professor of History at Vanderbilt University.  He is the author of the books America’s Germany: John J. McCloy and the Federal Republic of Germany (1991) and Lyndon Johnson and Europe: In the Shadow of Vietnam(2003), and with Matthias Schulz, the edited volume, The Strained Alliance: US-European Relations in the 1970s (2009).

Thomas Alan Schwartz is a Professor of History at Vanderbilt University. He is the author of the books America’s Germany: John J. McCloy and the Federal Republic of Germany (1991) and Lyndon Johnson and Europe: In the Shadow of Vietnam (2003), and with Matthias Schulz, the edited volume, The Strained Alliance: US-European Relations in the 1970s (2009).