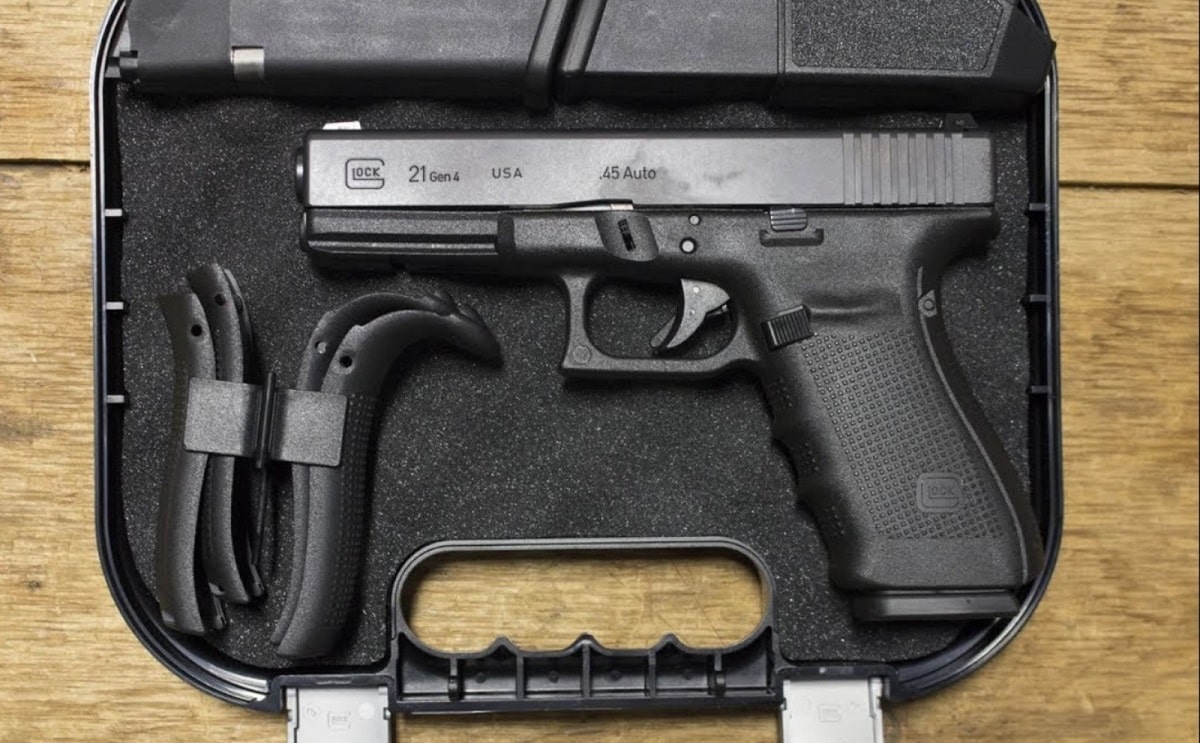 It has been reported many times that 2020 saw record firearms sales – driven by several factors including last summer’s wave of violent protests and calls to defend the police, which contributed to a rise in first-time buyers – but missing from the reporting was the unfortunate fact that last year also saw a slight increase in the number of thefts involving firearms. According to data from the Bureau of Alcohol, Tobacco, Firearms, and Explosives (ATF), in 2020 there was a slight uptick in lost or stolen firearms from licensed gun dealers.

In total, there was an increase of about three percent in missing guns from 2018, which had been the lowest year on record. However, the good news for 2020 is that the loss of firearms was 46 percent less than that of 2013 – the highest year on record.

That data even includes the 49 firearms that had been stolen from an Alpena, Michigan gun shop in late November. In that brazen theft, thieves wearing masks threw a brick through the front window of the shop. Two adults, Tyler B. Miller, 19, and an unnamed 20-year-old were indicted on one count of conspiracy to steal firearms from a federally licensed firearms dealer. The charge is punishable by up to 10 years in prison, to be followed by three years of supervised release and a $250,000 fine.

While gun theft does remain a problem, the actual number of thefts and reported losses has largely remained consistent over the years, and could even be on the decline.

According to a recent report from the ATF, there has been a marked decrease in the number of burglaries and robberies of federal firearms licensed (FFL) dealers.

“From January through June 2021, FFLs reported 111 burglaries resulting in an estimated 959 stolen firearms,” said the ATF via a statement. “Compared to the same period in 2020, which had 284 burglaries with 3,703 stolen firearms, the number of burglary incidents so far in 2021 has decreased by 61 percent and the number of firearms stolen has decreased by 74 percent.”

Unlike other burglaries and robberies that are investigated by law enforcement, those involving an FFL receive a 100 percent response from the ATF, which uses the combined expertise of its special agents and industry operations investigators to apprehend those responsible and recover the stolen firearms. ATF relies on a collaborative and intelligence-driven approach to investigate these crimes. This includes working with other law enforcement partners, FFLs, and industry groups such as the NSSF.

“When firearms are stolen from legitimate gun stores, they risk falling into the hands of violent criminals and pose a serious threat to community safety,” said ATF Acting Director Marvin G. Richardson.

“For this reason, ATF works closely with federal firearms licensees (known as FFLs) and industry groups to enhance security and reduce the risk of thefts,” added Richardson. “This data demonstrates that our collaborative efforts to secure FFL inventories are making a positive difference. It is yet another way that ATF works diligently to reduce violent crime in our communities.”