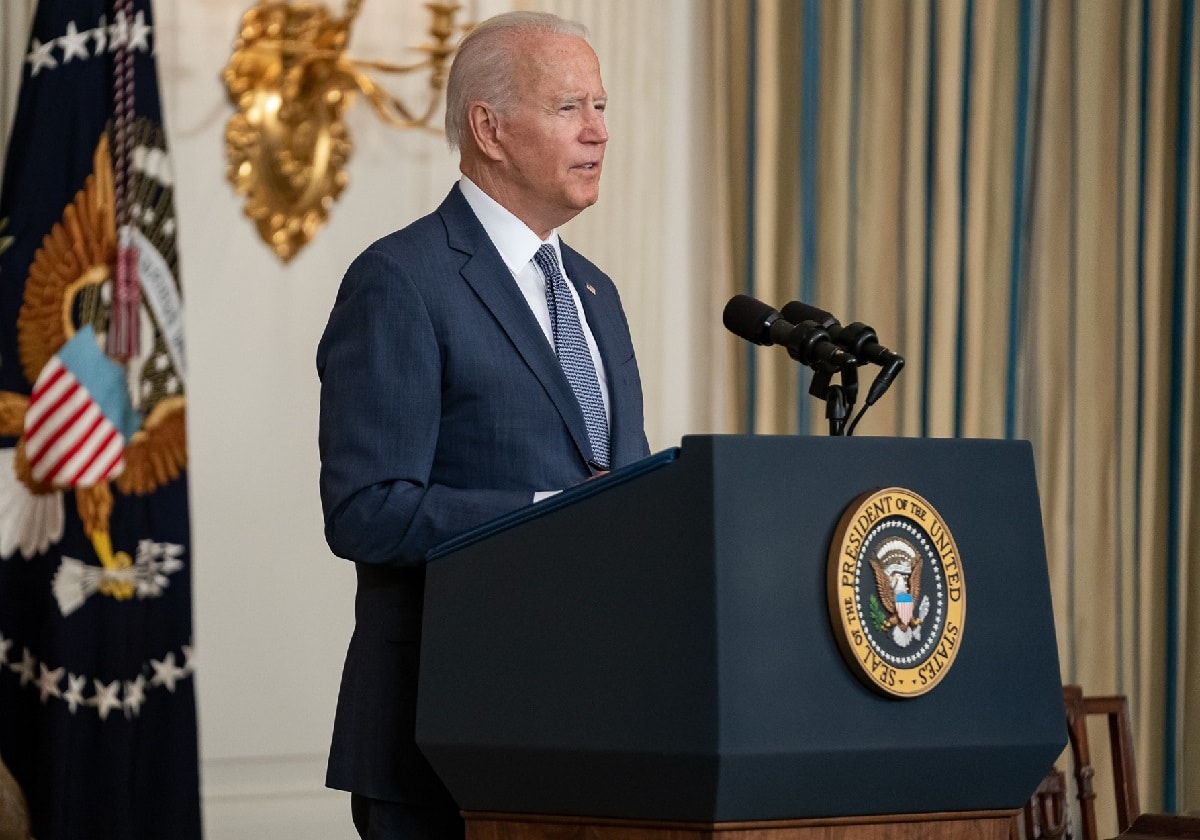 Today’s strong jobs numbers lend support to those who think that the Federal Reserve is falling behind the curve in its monetary policy implementation.

At a time that the economy is recovering strongly, inflation is picking up, and troubling equity and housing price bubbles are forming, the Fed sticks to its mantra that it is too early to start tapering its aggressive bond-buying program or to increase interest rates. By so doing, it would seem to be running the risk of allowing the economy to overheat and of setting us up for a hard economic landing next year.

The main argument that the Fed has used to justify its wait-and-see policy approach is the poor state of the labor market. Today’s strong job report would seem to raise questions as to how long the labor market will remain weak. It now appears that over the past two months, employment has been increasing by a very healthy 950,000 jobs a month while the unemployment rate has declined sharply to 5.4 percent. Meanwhile, at around 9 ¼ million jobs, unfilled job openings remain at a record high and wages are now increasing at their fastest rate since the 1980s.

That the job market is recovering so strongly should come as no surprise considering the extraordinary policy support that the economy is currently receiving. It is not simply that monetary policy conditions are now the easiest that they have been in more than a decade. It is that such monetary policy ease is occurring at a time that the economy is receiving this year as much as 12 percent of GDP in budget support. It is also occurring at a time that a large amount of pent-up in consumer demand was built up during the lockdown phase of the pandemic and is now further adding to aggregate demand.

In recent months, a matter of particular concern has been the unwelcome pickup of inflation as a result of supply-side shortages occasioned by the pandemic. Most measures of inflation are now running at more than double the Fed’s 2 percent inflation target or at levels last experienced in the 1990s. By continuing to provide the economy with extraordinary policy support, the Fed risks causing the economy to overheat, which could make more permanent the present unwelcome rise in inflation. This would seem to be particularly the case considering that, on the basis of past experience, any eventual monetary policy tightening will take time to impact the economy.

By continuing to buy $120 billion a month in Treasury bonds and mortgage-backed securities, the Fed also risks adding further froth to the countries’ asset price bubbles. This has to be of concern considering that US equity valuations are already at twice their long-term average and at levels experienced only once before in the last one hundred years. It is also of concern considering that house prices at the national level are now increasing by 16 percent and are at levels well in excess of their 2006 peak.

Both the equity and housing market bubbles are premised on the assumption that interest rates will remain indefinitely at their currently low levels and that the economy will continue to grow at a satisfactory rate. The clear and present danger is that by allowing the economy to overheat, the Fed may soon be forced to slam on the monetary policy brakes in order to keep inflation in check. That in turn would risk bursting the asset price bubbles that could be very disruptive to both the economy and the financial system.

One thing that could spare the economy from overheating and a further inflationary burst would be a delta-related spike in the pandemic that required a renewed lockdown in the economy. However, were that to occur, it could very well be the trigger for the bursting of the equity and housing market bubble as occurred in March 2020.

All of this is not to suggest that the Fed has an easy task at a time of more than the usual degree of economic uncertainty. However, it is to suggest that the Fed is taking needless risks by continuing to buy bonds at a rapid pace at a time that the economy is recovering strongly, inflation is picking up, and troubling bubbles have already formed in the US equity and housing markets.