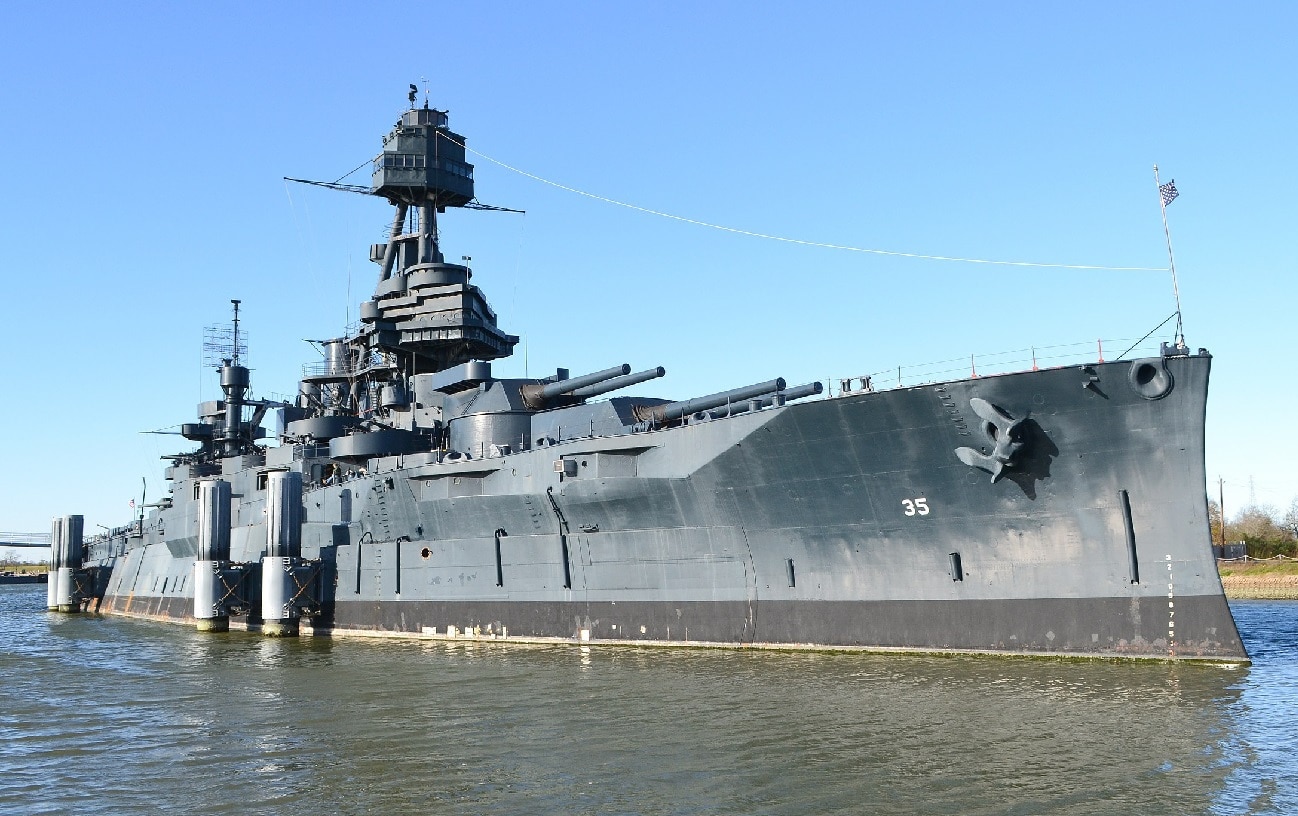 Since her decommissioning in 1948, USS Texas (BB-35) has been preserved as a museum ship – and today she is officially the flagship of the “Texas Navy.” The last surviving “dreadnought,” the warship is also notable for being the only battleship in existence today that took part in combat operations in both World Wars. While the New York-class warship provided support for the beach landings at Normandy Beach on D-Day and later at the Battles of Iwo Jima and Okinawa, USS Texas has more recently been fighting against time and the elements.

Decades in the water have taken their toll on the old battle wagon, and in June 2017, a six-by-eight-inch hole about fifteen feet below the waterline caused the ship to list six degrees. The situation was so dire that there were concerns the ship could be lost. However, emergency efforts were made to keep the battleship from sinking, and during a fifteen-hour period, about 2,000 gallons of water were pumped out each minute!

Because of the ongoing restoration and repair efforts, BB-35 has largely been closed to visitors. She briefly reopened earlier this summer over the Independence Day weekend, during which more than 9,000 visitors explored the decks of the museum ship. Those who missed that opportunity will have another chance this coming Labor Day weekend; on Sunday, September 4, and Monday, September 5. Visitors will have access to the ship’s main deck, superstructure, and Ward Room, where interactive historic exhibits will be displayed.

Future of the USS Texas

Beyond this coming opportunity to visit the ship, the future of USS Texas remains unclear. While there is no denying that she will be repaired and restored so that future generations can visit the ship, where that ship museum will remain the question.

The ship, which was once described as “the most powerful weapon in the world,” is currently moored in the Houston Ship Channel near the San Jacinto battleground site – the location where Texian troops led by Gen. Sam Houston surprised and quickly defeated the Mexican Army in 1836 – where she has been for more than seventy years. In 2019, the Texas Legislature approved a measure that would provide $35 million for repairs and preservation for the battleship. It also transferred ownership from the Texas Parks and Wildlife Department to the Battleship Texas Foundation for a 99-year lease. 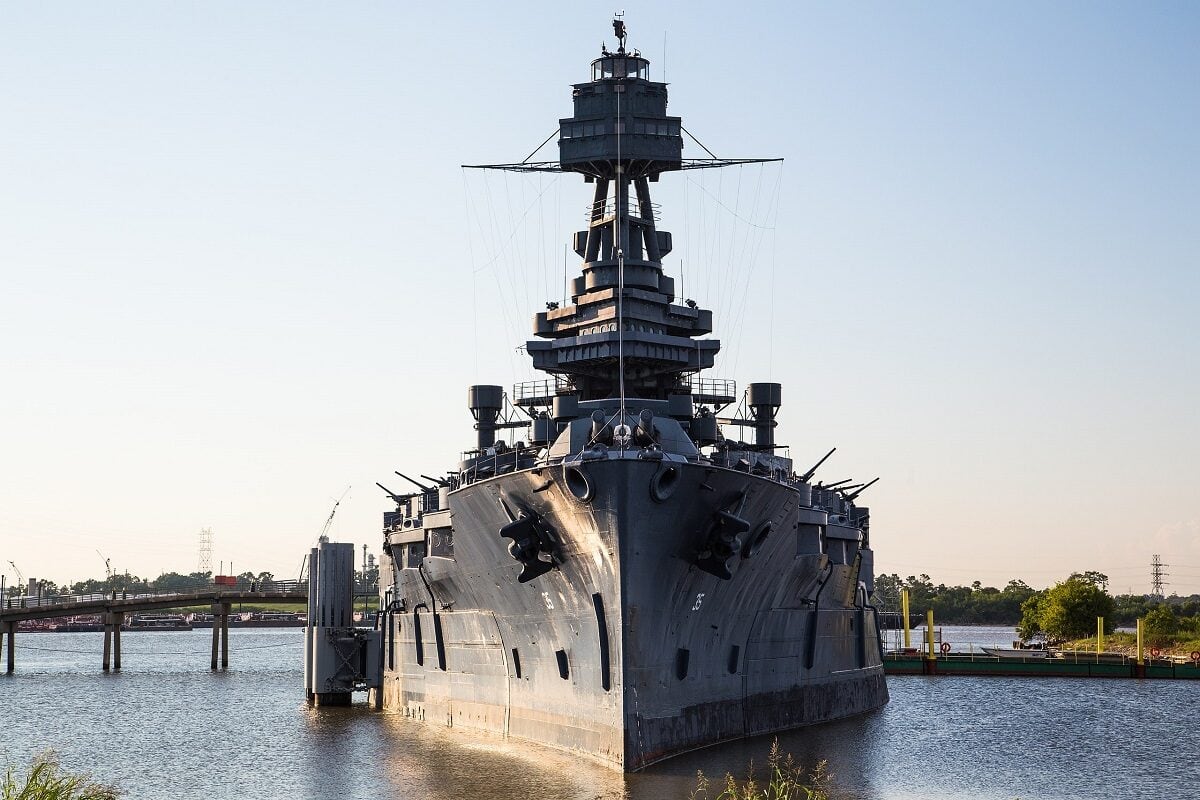 No location has been determined, but Galveston is the most likely destination, while Corpus Christi has also been suggested. Some veterans have championed Galveston as it was the original home of the Texas Navy, dating back to when Texas was a republic, while Seawolf Park is located on Galveston’s Pelican Island. The park houses the World War II submarine USS Cavalla and one of only three destroyer escorts in the world, the USS Stewart. Additionally, the wreck of the World War I era tanker S.S. Selma, the largest concrete ship constructed, is one mile north of Galveston Island. The USS Texas would certainly be in good company with those vessels.