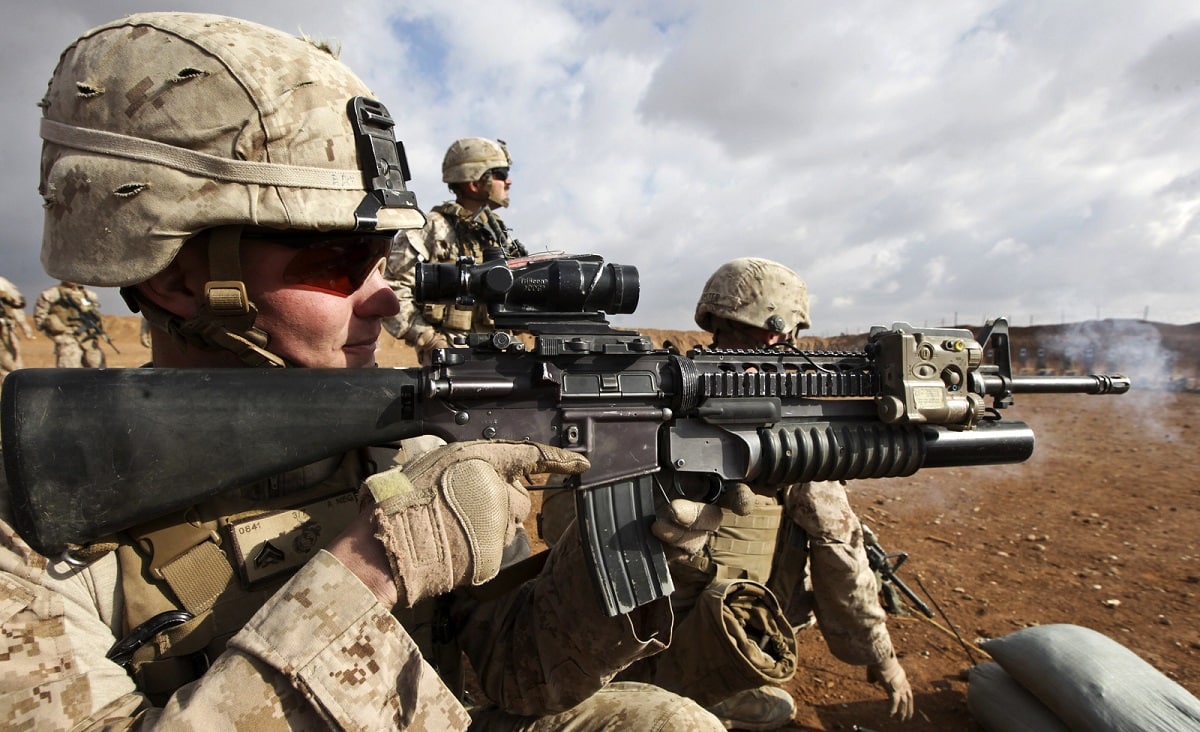 In April, President Joe Biden ordered the full withdrawal of remaining U.S. troops from Afghanistan by September 11, 2021, in effect ending America’s longest overseas war; the mission itself is now slated to be over by August 31.  Since the announcement, the Taliban have been on the march, assuming control over provincial capitals and surrounding territory. The Afghan forces, nominally numbering over 300,000, trained and equipped by the United States and its allies to the tune of billions of dollars, seem unable to do much to stop the advance, notwithstanding Biden’s calls on the Afghan leadership to come together, develop a strategy and fight for the future of their country.

As of this writing, the vastly outnumbered Taliban fighters are making lightning battlefield advances and are already pressing on the outskirts of Kabul, with some reports now having them just entering the city.  There are already thousands of refugees on the move, running away from areas now once again under Taliban control. If, and as is looking increasingly likely, when Kabul falls, the United States will have no option but to evacuate our already downsized embassy. Some analysts have suggested that we may be tracking for a repeat of the “Saigon scenario” reminiscent of the last days of the Vietnam War (the U.S. is sending 3,000 troops to Afghanistan to assist with the evacuation of the embassy).

But speculating about how quickly the current Afghan government will fall, or whether the United States will re-engage with air power to slow down the Taliban advance, is not as important as is the imperative to understand how we got to this point. The unfolding drama in Afghanistan marks the end of two decades of U.S. strategy and policy there. We must take stock of this twenty-year-long war and ask why so much of our blood and treasure expended there has led us to the abject strategic failure we are witnessing today.

Setting aside the manner in which the Biden administration has reached the decision to pull our military out of Afghanistan—with seemingly neither Plan B in place, nor thinking through its impact on the region and our NATO allies and partners—the winding down of U.S. involvement in Afghanistan should compel our policy elites across the political spectrum to rethink the fundamentals of U.S. strategy going forward. Such forensics must begin with revisiting the core assumptions that have allowed for a de-facto open-ended commitment of American power and resources to continue for two decades, driven mostly by flawed ideological framing.

The original decision to overthrow the Taliban regime was secondary to the George W. Bush administration objective in the aftermath of the 9/11 terror attacks on New York and Washington: to have Osama bin Laden and the al-Qaida organization, living at the time in Afghanistan, handed over to the U.S.  We went to war against the Taliban in less than a month after 9/11, with across-the-board support from allies and partners, as well as with clear moral sanction. America’s military action against bin Laden’s jihadists and their Taliban enablers was seen as a justifiable retaliation for the murder of thousands of U.S. citizens. The objective of the U.S. attack on Afghanistan was also clear at the time: to kill or capture Osama bin Laden and other senior figures in his terrorist group, plus those Taliban leaders who had hosted them.

By December of 2001 it was clear that bin Laden had not been eliminated, and that the Taliban—though kicked out of power—were not extinguished and for the next two decades would continue fighting. During the final days of the Tora Bora battle, the George W. Bush administration made critical misjudgments, especially the decision not to use U.S. military assets to seal the border with Pakistan, relying instead on airstrikes, Afghan militia, and Pakistan’s Frontier Corps forces to block the mountain passes.  This decision allowed Bin Laden and his bodyguards to walk unmolested out of Tora Bora into Pakistan’s unregulated tribal area.

And that point, our elites’ ideological hubris prevailed over sound strategic judgment. The United States’ counterterrorism policy shifted, setting in motion forces that for the next twenty years would commit America to a series of open-ended counterinsurgency operations, with a steadily widening geographic aperture and a concomitant increase in the level of ambition. Instead of refocusing on the mission’s primary objective (capturing bin Laden and attacking and destroying terrorist groups), the George W. Bush administration chose to reformulate the mission in terms of a systemic transformation across the region as the sine qua non of victory.  Buzzwords such as “democracy-building,” “state-building” and even “nation-building” became guiding principles of policy, as U.S. power was applied to transforming cultures, a near-impossible goal whose ancillary consequences had never been fully considered. The second Iraq war that overthrew the regime of Saddam Hussein threw that country into chaos, while also removing the only viable regional counterweight to Iran’s imperial ambitions.  (Lest we forget, Iran and Iraq fought a brutal war in the 1980s, with both the West and the Soviets working to ensure that neither of the two would emerge victorious, for nobody wanted a decision that would favor either Iraqi Baathists or Iranian radical mullahs.)

Our grand ideological project rolled on, morphing into a modern-day “island-hopping” campaign across the Middle East and beyond to bring about “regime change.” After Iraq, the decapitation of the Gaddafi regime following NATO’s intervention in Libya and the war in Syria further destabilized the region. One entirely predictable consequence was a wave of refugees from the Middle East that to this day continues to flow into Europe. Meanwhile, as the moniker “Global War on Terror” (GWOT) morphed into “Overseas Contingency Operations” (OCO), successive administrations felt compelled to throw in more manpower and resources, some believing perhaps that victory was just around the corner, others because they felt compelled not to be the ones on whose watch we “lost Afghanistan.” 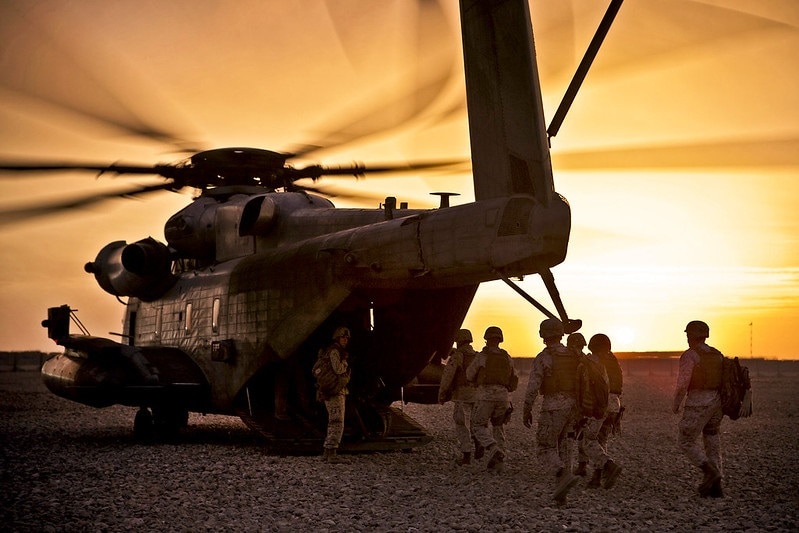 Through all this, our men and women in uniform and those of our allies served bravely, selflessly and with utmost dedication in multiple theaters, some paying the ultimate price, others returning with injuries that would permanently alter their lives.  They were asked to implement a strategy whose goals they understood less and less with each passing year.  I recall a conversation with a young officer during my 2013 visit to a forward operating base in Helmand province; he concluded after his time in-country that his mission was to bring his men back home alive.

The winding down of America’s war in Afghanistan should serve as a wake up call for our policy elites to abandon fashionable post-Cold War shibboleths about “institutions trumping culture and history” that have shaped our strategic decisions since. As Afghanistan implodes, such flawed assumptions need to be fully owned by those who constructed and sustained this ideologically laden strategic framework.  We will be paying for their hubris for years to come, for going forward both our allies and partners will factor into their decision-making and their policy choices the lessons of the past twenty years when the greatest superpower responded to a criminal act of terror against it with a policy – breathtaking in scope – that sought to reforge the world its own image and failed.

As we watch authoritarianism surge worldwide, alongside a growing skepticism about American leadership, what happened in Afghanistan, Iraq, Libya, and Syria should bring us back to the fundamentals of realist foreign and security policy. We need to re-learn the art of power-balancing, of building coalitions not around high-minded ideals but around shared interests and threat perceptions, all the while remembering that America’s military is a precious resource and that it must be the means of last resort, not the first tool in our foreign policy toolbox.