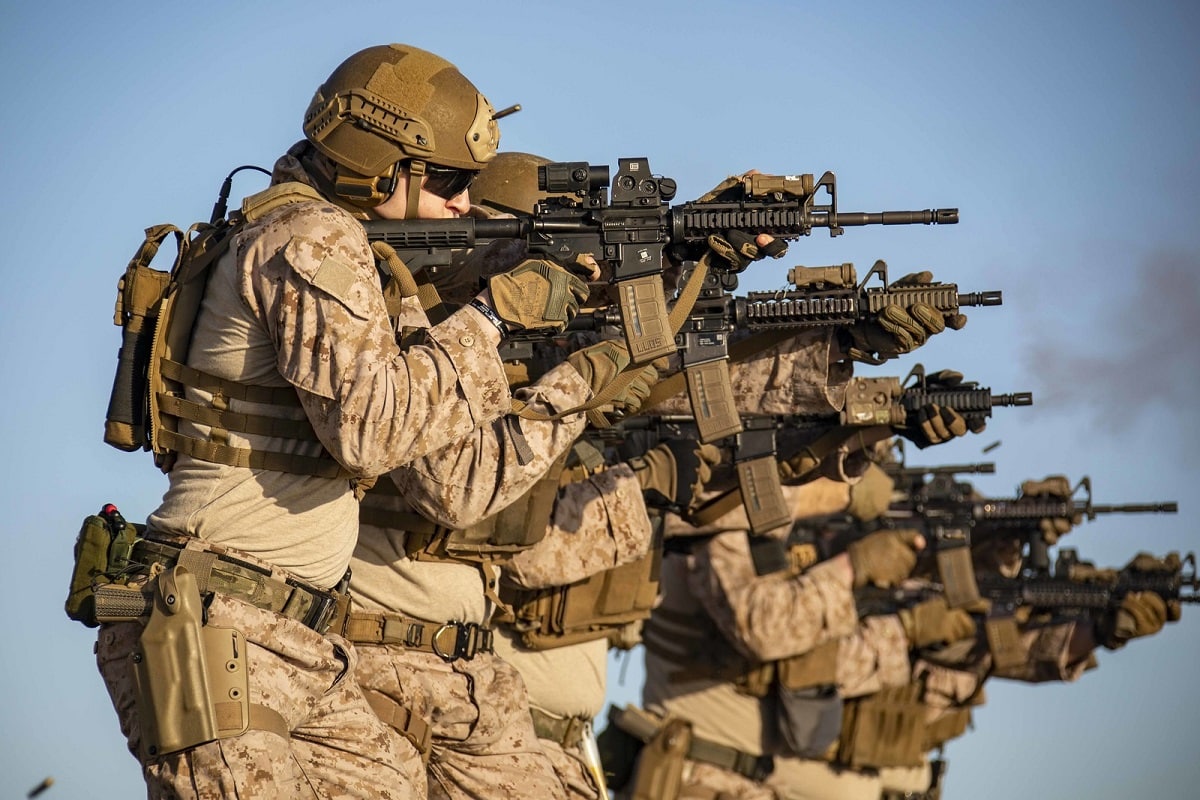 Two decades after initiating an imperial policy designed by the Neoconservatives who had captured his administration, George W. Bush’s campaign to transform and democratize the Middle East lies in ruins. A chastened America may finally enter a new era in which it recognizes foreign policy limits.

Afghanistan’s Taliban, driven from power after hosting Osama bin Laden and al-Qaeda, is back in control of a nation much modernized. The government Americans died to build was exposed as Potemkin, a fragile façade which its own people refused to defend.

Over two decades thousands of American and allied troops were killed and tens of thousands were injured, many seriously. Hundreds of thousands of civilians across the Middle East and Central Asia were dead, in combat, sectarian strife, and the chaos of war. Millions of people had been displaced, often driven not only from their homes but their countries. Religious minorities had been dispersed, kidnapped, raped, and murdered on a prodigious scale.

To avenge some 3000 Americans killed on 9/11, Washington caused a hundred or two hundred times as many deaths. To respond to an assault on two American cities, the U.S. plunged two nations into years, even decades of war. In the end, there were more jihadists fighting allied regimes and terrorists at work targeting civilians than at the start. What kept America safe was not endless war, which struck one hornet’s nest after another, but targeted counter-terrorism efforts at home and abroad.

Iraq was the greater crime—a war based on a lie that ironically empowered Iran, upon which other administrations fixated. The subsequent counterproductive emphasis on Tehran led the Obama administration to turn policy over to the corrupt yet murderous Saudi regime, which initiated a campaign amounting to one continuous war crime against Yemen, the poorest nation in the region. The State Department warned that U.S. officials could be charged for their complicity with Riyadh.

Through it all, Washington pointed to Afghanistan as the “good war.” The U.S. had wrecked al-Qaeda and punished the Taliban. Yet that was accomplished barely two months into the war. After that the Bush administration, filled with hubris, rejected an offer from the defeated Taliban to effectively surrender.

So a new objective emerged: nation-building. Hubris multiplied. There would be Western-style liberal democracy in Central Asia. Centralized government would control areas traditionally ruled at the village and valley level. Western money would flood new bureaucracies with little capacity and even less honesty. The U.S. would develop a military filled mostly with non-Pashtuns to fight against the largely Pashtun Taliban. A substantial, ill-trained “ghost” force suffering huge attrition rates would be designed to rely on sophisticated U.S. airpower. All the while, virtually no supporting the Kabul government would fight for it.

A couple weeks ago this very expensive sham state collapsed. Some observers were shocked, but despite decades of official assurances it should have been evident that America’s Afghanistan project was built on multiple lies. “Everyone is selling you something,” a Marine Corps captain told me after I visited an Afghan police training program. In late 2019 the Washington Post reported that a “senior U.S. officials failed to tell the truth about the war in Afghanistan throughout the 18-year campaign, making rosy pronouncements they knew to be false and hiding unmistakable evidence the war had become unwinnable.”

However, this tragic truth didn’t stop the architects of failure, a succession of bemedaled generals as well as perennial administration appointees, from rushing onto television and putting pen to op-ed pages to blame the Biden administration. They accused the president, backed by “isolationists,” of “precipitously” withdrawing—after 20 years of conflict and occupation and more than a year after the Trump administration negotiated and signed an agreement with the Taliban. For the Washington War Party, any withdrawal over any time frame was considered “precipitous.”

In fact, the speed and totality of the collapse put the lie to the claim that keeping a couple of thousand soldiers on station for a few more months or years would costlessly sustain the status quo. The government had been steadily losing, while statistics on the Afghan military were so bad the Trump administration classified them. Had the U.S. repudiated its agreement with the Taliban to withdraw, American forces would again have become targets. To sustain the Kabul authorities and protect U.S. personnel would have required a larger garrison, that could never leave. That is, the real choice was not between leaving and staying for a little while with a few people, but leaving and staying forever with a much larger number of troops.

As for the terrorist attack at the airport, it occurred on Americans in Afghanistan, not elsewhere. Washington Post columnist Josh Rogin nevertheless insisted that “Islamist militants have shown before that they will strike us wherever they can.” However, it is far easier for terrorists to organize an attack where they are than where they aren’t. Moreover, ISIS is an outgrowth of al-Qaeda in Iraq, which resulted from the Bush administration’s invasion. Terrorism metastasized in response to the war on terrorism.

For instance, Washington’s war motivated Faisal Shahzad, a naturalized citizen from Pakistan, to attempt to explode a car bomb in Times Square. When he pled guilty he stated: “I want to plead guilty 100 times because unless the United States pulls out of Afghanistan and Iraq until they stop drone strikes in Somalia, Pakistan and Yemen and stop attacking Muslim lands, we will attack the United States and be out to get them.” 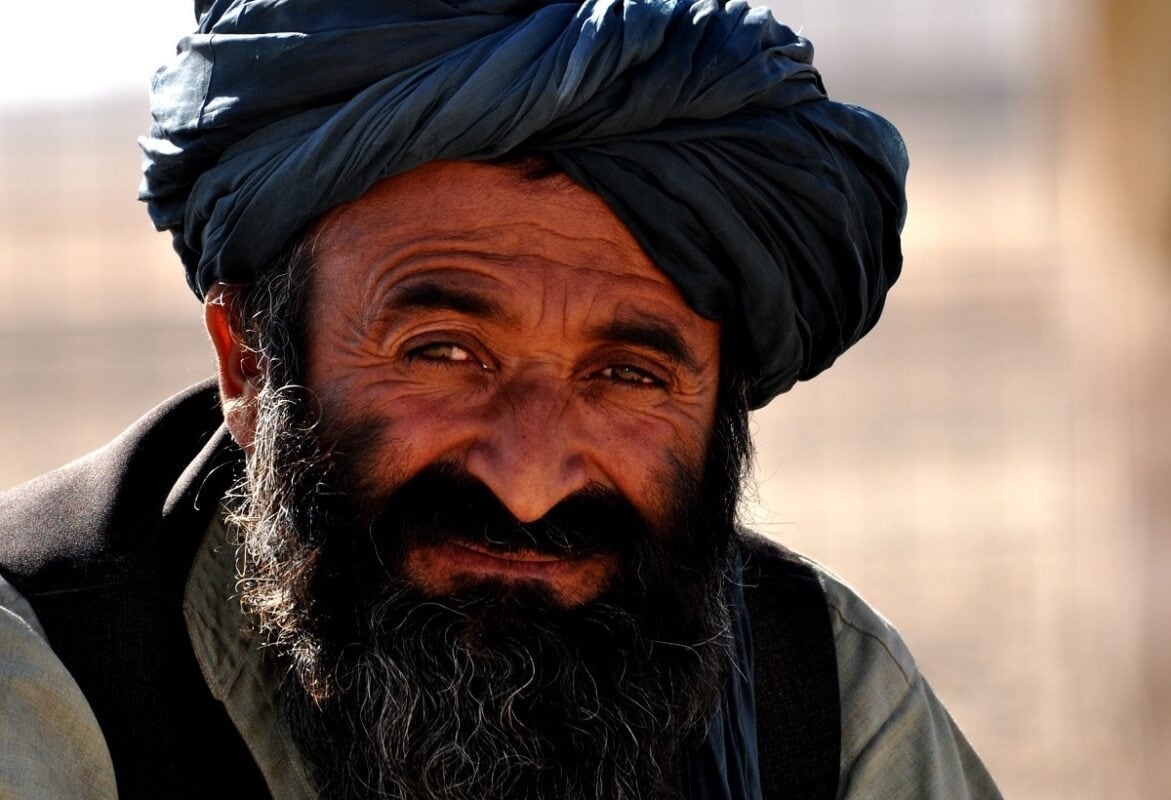 Under the watchful eye of Kalashnikov armed Afghan Army guards, perched on top of four-wheel-drive Ranger vehicles as security lookouts, a British Army Veterinary Officer and his mustachioed Sergeant Major survey the distant desert horizon for signs of movement. Both carry pistols at their waists. This is Helmand Province and Taliban country: unpredictable and dangerous.

Shahzad defended killing civilians, because they elected the U.S. government that was killing Muslims. He even was unconcerned about killing kids: “When the drones [in Pakistan] hit, they don’t see children.” He then claimed to be “part of the answer to the U.S. killing the Muslim people.” The more drones guided, bombs dropped, countries invaded, and nations occupied, and dictatorships supported, the more people like Shahzad will attempt to strike at the U.S.

Two decades ago policymakers claimed that promiscuous intervention would make American safer. Regional swamps would be drained. Bad guys would be killed. New democracies would be created. Values would be shared. Security would be strengthened. All untrue.

After Afghanistan this broad yet fraudulent agenda is kaput. Intervention makes enemies and breeds terrorists. The costs of maladroit U.S. policy have been enormous. It finally is time to implement the humble foreign policy that George W. Bush once spoke of.

Now a 1945 Contributing Editor, Doug Bandow is a Senior Fellow at the Cato Institute. A former Special Assistant to President Ronald Reagan, he is author of several books, including Foreign Follies: America’s New Global Empire.