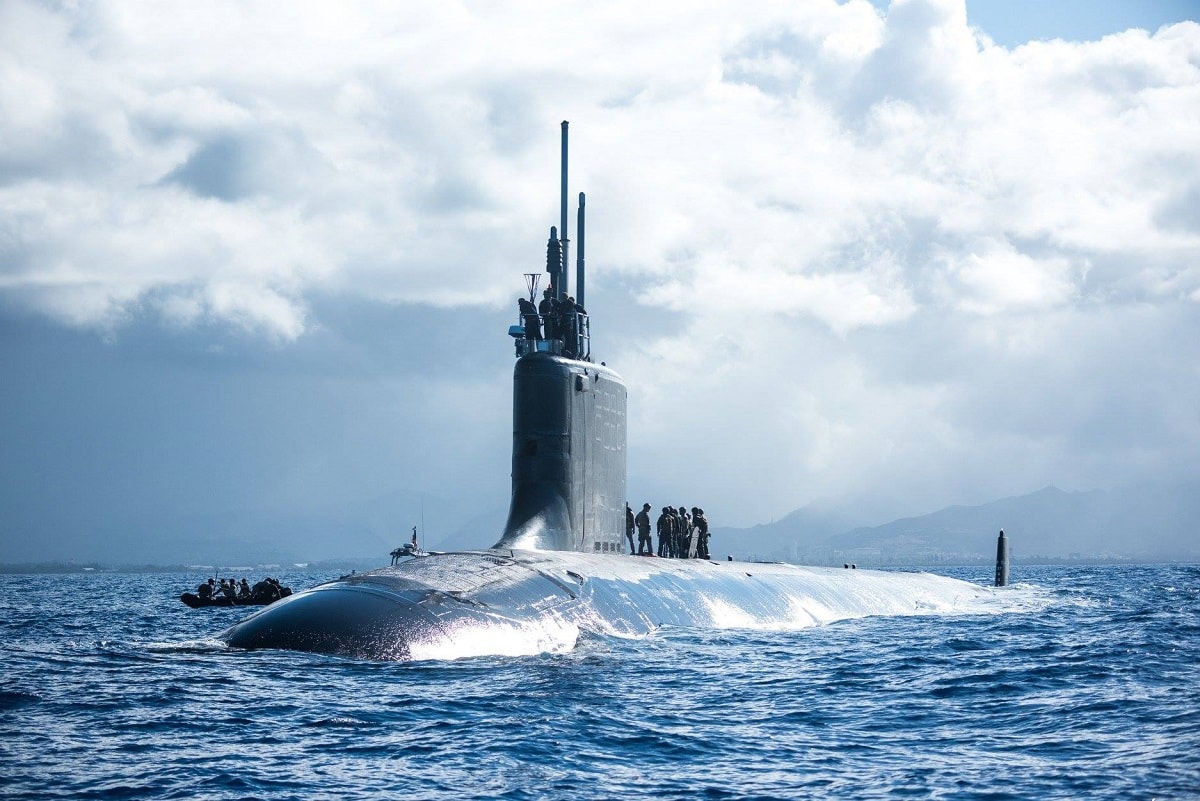 Stand by for Heavy Rolls.

This emergency naval command, warning of imminent rough seas, seems appropriate after the Franco–Chinese responses to Australia’s termination of a 2016 contract with France’s Naval Group for conventional submarines to replace aging Collins-class boats. That this was done in favor of an agreement among three of the “Five Eyes” English-speaking nations to produce nuclear-powered submarines, adds to the turbulence. AUKUS, for Australia, the United Kingdom, and the U.S., is the inevitable if awkward acronym. Perhaps Canada will join, creating another acronym. Anti-nuclear New Zealand will probably sit this one out.

Usually the proceedings of government meetings, even among a collection of nations, are written in dull bureaucratic prose and relegated to specialist publications or the back pages of general publications. This is especially true for complex international defense deals. But not this time. We have not seen so much ink on a submarine project since Admiral Hyman G Rickover’s nuclear revolution in the U.S. Navy – over vigorous opposition. He would enjoy this.

In 2016, Prime Minister Malcolm Turnbull’s government invited foreign interest in the replacement of Australia’s aging Collins-class conventional submarines. France and DCNS, now referred to as Naval Group, won the contract over Japanese and German competitors. Since that time, the project became more complex and more expensive. The French proposed modification of a nuclear submarine design to accommodate conventional propulsion. Costs increased greatly as did the time required to deliver.  Australian politicians, in office and out, loudly demanded cancellation in favor of nuclear propulsion for the Collins replacement. This was well known in Australia, and France should not have been surprised.  Another factor – contracts like this very likely have termination penalties. This was a commercial sales deal. Caveat emptor, and lawyer up.

Australia’s threat perception has developed since 2016. China’s intervention in Australia’s internal affairs through economic coercion, election interference, academic corruption, and other actions led to a reexamination of needed capabilities. Darwin in Northern Australia, and Guam are roughly the same distance from the South China Sea. Unlike Guam, Australia looks north at several straits that must be navigated by merchant and naval ships seeking access to the South China Sea and the Philippine Sea. The underwater speed, endurance, and stealthy capabilities of nuclear submarines provide obvious advantages for sea control and interdiction.

Do you want us to remove the dead American soldiers?

France cries betrayal and even cancelled an embassy gala commemorating the naval Battle of the Chesapeake that enabled our victory at Yorktown by foreclosing the British from reinforcing their besieged forces.  Our alliance is likely to survive. We’ve had bone-deep issues with France before. In 1966 Charles De Gaulle withdrew France from NATO’s integrated command and gave the U.S. one year to withdraw our forces, prompting Secretary of State Dulles’ comment above.  Perhaps De Gaulle was expressing Gallic pique over our lack of help when the French were defeated at Dien Bien Phu in 1954, or President Eisenhower’s intervention in the Middle East at Suez in 1956. The Franco-American alliance is likely to survive this one.

China’s predictable complaints follow the expected pattern. Cold-War mentality, threats to peace and stability, arms race, and damage to non-proliferation are rolled out again.  No mention is made of China’s extraordinary military buildup, its extensive territorial claims, the militarization of artificial features in the South China Sea, the challenges to Japanese and Taiwanese air and sea space, the intimidation of other nation’s lawful maritime activities in the South China Sea, or the violation of the international treaty on Hong Kong autonomy. China is very likely to react in some way to regain a perception of dominance. We must be prepared.

AUKUS has obvious military and operational promise. But the greater value may lie in its political statement.  After more than a few years of talk about “pivots” to the region, and lately Biden administration talk of efforts to prove the superiority of democracy over authoritarian governments, we have what looks like solid action. Australia and the U.S. will likely experience Chinese reprisal.  Australian export businesses are a likely target. India is sure to take notice that the “Quad” gained more support. Great Britain, quite conveniently engaged in a Pacific deployment of their new aircraft carrier, seems to have joined with part of the “Quad” in an expression of common national interest here. Japan and Taiwan will be buoyed by AUKUS and may deepen their cooperation.

This is not the end, of course, and this agreement has a long, complex way to go. But if it is a beginning, if we are indeed returning to a “base course” grounded in democratic values, we need to nurture it and build on the cooperation it signifies. It must become a high Administration priority, and a Congressional priority through the Pacific Deterrence Initiative. This cannot be allowed to proceed at our usual bureaucratic speed.