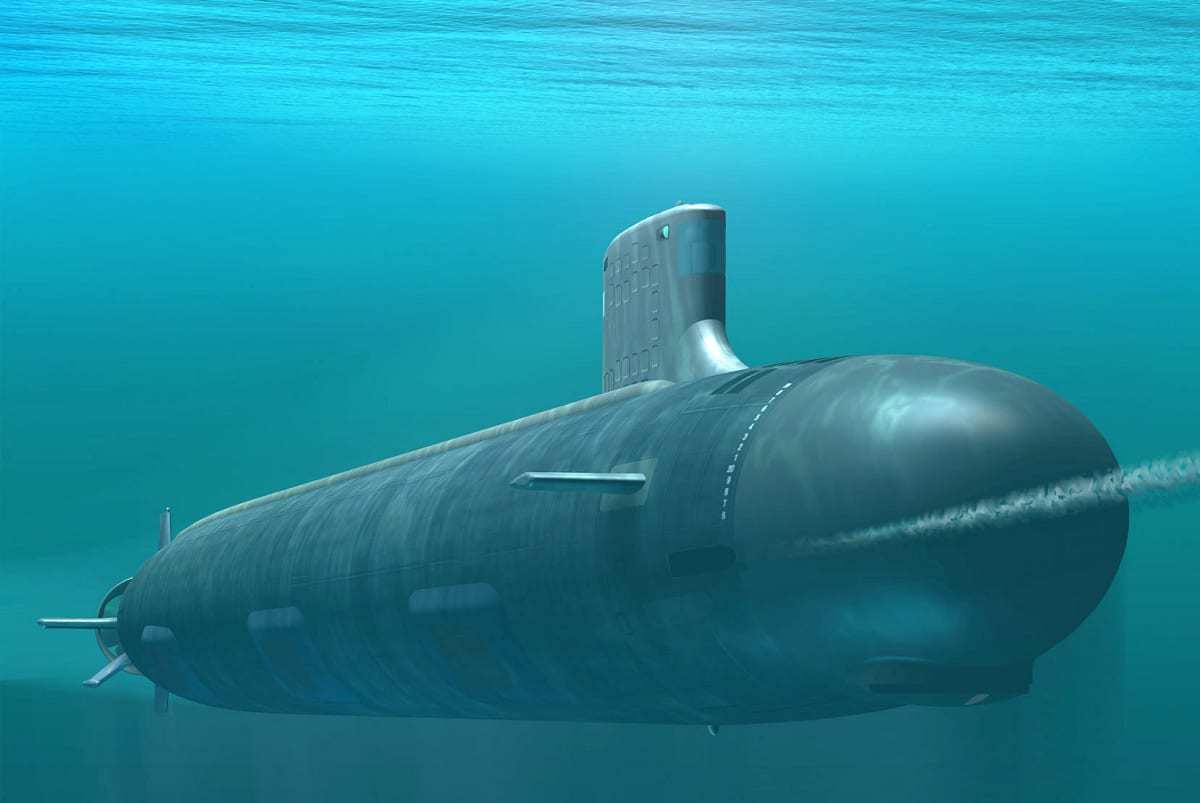 This June, the Virginia-class attack submarine USS New Mexico finished interoperability training with Navy SEALs in the Mediterranean Sea. The locations of these submarines are rarely confirmed because their missions are so secretive. The Navy seldom reveals any details of their operations. However, it is safe to assume that at least one Virginia-class sub is deployed in the Mediterranean at any given time.

The Virginia class is a nuclear-powered attack submarine. Unlike the U.S. Navy’s other submarines—ballistic missile subs and cruise missile carriers—the Virginia class is engineered for versatility. Though they spend most of their time collecting intelligence, Virginias can also conduct maritime warfare, attack onshore targets, and insert special operators such as Navy SEALs.

The Virginia is manufactured through an arrangement between General Dynamics Electric Boat and Newport News Shipbuilding. As the only two shipyards in the U.S. with the capabilities to build nuclear-powered submarines, the arrangement is mutually beneficial. Newport News is tasked with building the stern, bow, sail, and machinery and torpedo rooms, while Electric Boat builds the engine and control rooms. The shipyards alternate work on the assembly, testing, outfitting, and delivery processes.

The Virginia class is gradually replacing the aging Los Angeles class, as well as compensating for the retirement of four Ohio-class cruise missile submarines by the end of the decade. Though this might seem like a tall order, the Virginia class will have little trouble taking over from the older classes in terms of capabilities; indeed, it has been designed to surpass them. A multitude of features make the Virginia a leap ahead of its predecessors.

First, its degree of stealthiness makes the Virginia class incredibly difficult for adversaries to detect, much less track, when submerged. This allows it to get closer to targets than other submarines would be able to, and certainly closer than surface warships.

Second, like all warships in the U.S. Navy’s undersea fleet, the Virginia class is nuclear-powered. This gives it unlimited range and endurance, only needing to be refueled once during its forty-year lifespan.

Third, the Virginia class is built to gather vast amounts of intelligence while remaining undetected. Part of this capability is attributable to its sonar, of which there are four types onboard. These sonar systems are supported by an Open System Architecture (OSA) which allows operators to easily upgrade outdated hardware and software with newer versions.

In practice, Virginias can track the movements of enemy warships and submarines, as well as intercept their signals at sea and from onshore transmitters. It can also take advantage of certain atmospheric conditions that bend radio waves to enable the Virginia to listen in on communications farther away than usual from their point of origin.

In terms of hard power, the submarines are equipped to conduct diverse warfighting missions. Their torpedoes can be used against hostile submarines, surface warships, and merchant shipping. Their cruise missiles can be applied with great precision against any kind of surface target, including warships and land installations, up to a distance of a thousand miles. These weapon systems on an undetectable submarine are a powerful deterrent to aggression by adversaries.

At present, the number of cruise missiles on each Virginia class is being increased threefold via the introduction of a Virginia Payload Module (VPM). Each VPM adds four new Virginia Payload Tubes (VPTs), which in turn carry up to seven Tomahawk missiles, assets that would have otherwise been lost by the retirement of the four Ohio-class cruise missile subs.

The Virginia’s cutting-edge capabilities combined with the versatility in its design makes it uniquely suited to face many of the diverse geopolitical challenges in the Mediterranean and surrounding region. The submarines would be of greatest value in the Mediterranean in the following areas:

As stated, the weapons systems on the Virginia class, combined with its undetectability by adversaries, are an inherent deterrent to aggression. The effect of this deterrent applies to would-be aggressors across the board, particularly Russian surface warships or submarines. Crucially, its ability to launch missiles against onshore targets is a specific deterrent to aggression on land from any of these actors.

In recent months, Russia has scaled up its presence in the Mediterranean and is now conducting drills with warplanes armed with missiles to apparently intimidate a British strike carrier group in the area. Tensions between the Russian and British navies have heightened following a recent incident between a Russian ship and a British destroyer in the Black Sea. In the longer term, Russia’s strategy in the Mediterranean seems tied to a desire to compensate for its withdrawal from the region after the Cold War, as well as to undermine the credibility of Western democracies by disrupting NATO operations in the eastern Mediterranean.

Russian ships in the Mediterranean are nothing new. They have been in the area regularly since the beginning of Russia’s intervention in the Syrian civil war in support of the Assad government in 2015. And there are no signs of Moscow scaling back its presence in Syria anytime soon. In early September, Russian forces began patrolling one of the last rebel enclaves in the southwest part of the country. Iran has also been backing pro-Assad forces in Syria, which have participated in defending state control of the country along with Russian fighter jets. This makes the gathering of intelligence in areas surrounding Syria of particular importance for the U.S. and NATO, and Virginia-class subs are among the most sophisticated tools at the alliance’s disposal for doing so.

Eavesdropping on communications in Libya:

Libya’s ongoing civil war is another reason that the Virginia’s intelligence-gathering capabilities are valuable in the Mediterranean. While the NATO alliance, including Turkey, supports the incumbent unity government in Tripoli, the rogue militia known as the Libyan National Army (LNA) enjoys support from powers such as the UAE, Egypt, and Russia. In addition to the direct benefits that would come from securing oil and construction contracts in Libya, establishing an economic and military presence there would fit into the strategic disruption Moscow is already causing in other parts of the Mediterranean region with its navy. Being able to listen in on Russian and Libyan communications is crucial to assessing conditions.

Monitoring tensions between NATO shipping and problematic actors such as Turkey:

Despite the urgency given to monitoring threats from Russia, the most frequent recent spoiler of allied operations in the Mediterranean is Turkey, a NATO member. Turkish vessels have defied NATO norms by violating the sovereignty of its neighbors, Greece and Cyprus, while searching for oil and gas deposits. Turkey has also harassed NATO ships with at least as much aggression as has been seen from Russia in the region so far. In June of 2020, a Turkish ship moved aggressively toward a French vessel, presumably because France had sent it as part of a fleet to support Greek and Cypriot territorial sovereignty. The incident later caused France to withdraw from NATO’s Operation Sea Guardian mission.

Insertion of special operators in the Levant and North Africa:

It is unlikely that people without clearances will ever know what the Navy SEALs are doing in the eastern Mediterranean, but the Virginia class is prepared to insert them at any moment, given the growing security challenges around Libya, Syria, Greece, Cyprus, and Turkey.

These specific challenges are mostly temporary. The real geopolitical challenges that the new Virginia-class submarines will face involve questions of long-term strategy. This is particularly relevant to the growing issue of the Russian presence, which appears to be semi-permanent as its sway over Syria and Turkey shows no sign of easing. This is why the Virginia-class submarine is a powerful tool at the alliance’s disposal. Though it is just one part of bolstering the strength of the U.S. and NATO in the Mediterranean, the capabilities of the Virginia class promise to do so for the entire duration of its long lifespan, meaning for decades to come.

Sarah White is Senior Research Analyst at the Lexington Institute.