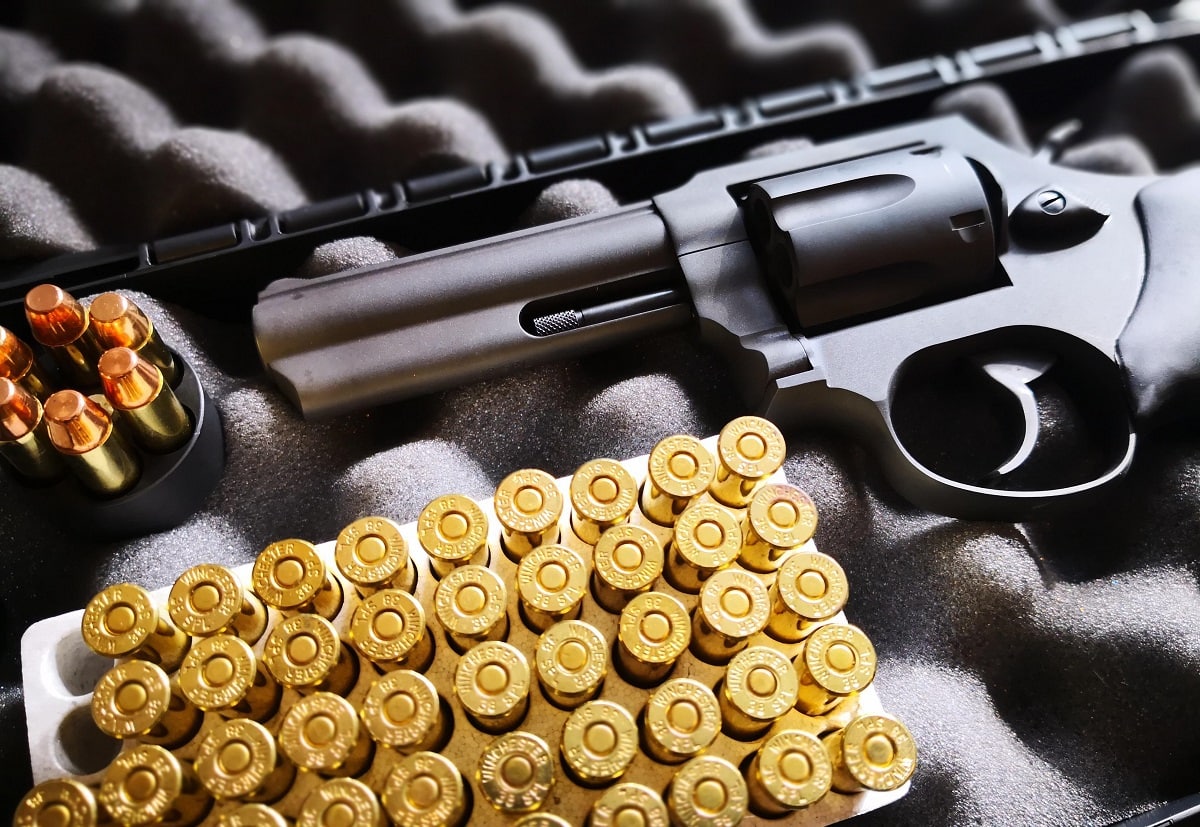 “If it ain’t broke, don’t fix it,” remains a popular idiom that essentially says there is no reason to change something that is working well. It is clearly something software designers fail to understand, or else a new version of Microsoft Windows wouldn’t be on the way. However, there are many modern products that actually have been largely unchanged for decades or longer – and have included the incandescent light bulb, the gem paperclip, and the thermos.

Then there is the modern ammunition cartridge.

Few products have endured the test of time like the ammunition cartridge, but perhaps that is because it took so long to actually get there.

Lost to history is exactly who invented the firearm, its origins in China go back more than 900 years to when gunpowder was first developed. Firearms actually evolved over the centuries and included a variety of methods for igniting the powder but for much of its history, the “bullet” was little changed.

A lead ball worked well enough for centuries, but all that changed only in the past 200 years.

Even at the beginning of the 19th century, a trained soldier could barely get off more than three shots a minute as the powder and round had to be loaded down the muzzle of the firearm and carefully packed down, before the powder was then poured into a pan, making a gun ready to be fired. It was also a slow process and damp weather was always a problem.

But the other significant issue was that round lead balls weren’t all that accurate.

The reason soldiers lined up in mass on the battlefield was so that their combined fire could have any hope of hitting the enemy. There is some irony in the fact that the opposing armies also lined up accordingly – which in essence meant both sides made for easier targets. Yet it should also be remembered that up until the American Civil War it was actually considered unsporting to aim for the officers.

The industrial revolution ushered in a plethora of advances that included interchangeable parts and mass production of firearms. Inventors considered ways that weapons of the time could be more accurate.

A significant improvement came in the 1830s, when French infantry Captain Henri-Gustave Delvigne developed bullets that were “cylindroconical” rather than spherical. The design was further improved by François Tamisier, a French artillery captain, who added grooves to the design for improved stability. This then led to the development of the Minié ball – which despite its name wasn’t actually round or ball-shaped.

Designed by French army officer Claude- Étienne Minié, the conical-shaped bullet had a hollow base and three grooves, which allowed it to fit easily inside the barrel of a rifle. The design allowed the bullet to expand upon firing, grip the grooves and spin-out from the barrel. This provided greater muzzle velocity, range, and accuracy.

The Minié ball was just one step in the development towards the modern cartridge. It was still loaded down the muzzle of a barrel, but the evolution of a better bullet actually coincided with the percussion cap, which could ignite the gunpowder. Its development can be traced back to 1800, when English chemist Edward Howard managed to isolate mercury fulminate, which was a relatively stable version of the compound. This led to Rev. Alexander Forsyth’s efforts to mix the mercury fulminate with potassium chlorate, and that resulted in a reliable and safe priming agent.

This proved to be the key ingredient needed for a percussion cap, which was essentially a small copper “top hat” that sat on a nipple or anvil of a firearm. Instead of flint striking metal to create a spark, a hammer could strike the cap, ignite the mercury fulminate, and in turn initiate the combustion of the powder charge. French inventor Clement Pottet built on the work of Howard, and while it took the Frenchmen more than 25 years – from 1829 to 1855 – to perfect his design, he was the visionary who perfected the percussion cap and that soon spurred other innovation.

Numerous firearms designers, including Hiram Berdan of New York and Colonel Edward Boxer of the Royal Arsenal in Woolwich, England, each independently developed improved primers that transformed the way firearms could be loaded and fired. The rate of fire began to increase as did the accuracy – but these improvements lead to the use of cartridges.

The next step was bringing it all together. As noted, soldiers still had to have powder, a bullet, and a primer. By the middle of the 19th century, there were paper cartridges that contained a premeasured packet of powder and round, but it still meant the soldier had to tear it open and carefully pour it down the muzzle.

The paper cartridges created problems in unexpected ways – and the rumors that the cartridges were covered in pork or cow grease inflamed tempers among the British East India Company’s native troops, resulting in the Indian Mutiny.  The cartridges may not have been the underlying cause of the mutiny, but it was certainly the catalyst.

Another problem was that the paper cartridges were also not exactly waterproof, even if covered in grease. A self-contained metal cartridge was the answer.

Parisian gunmaker Louis-Nicholas Flobert is noted for being the first to produce a bullet cartridge, which was a self-contained unit that housed the primer, propellant and projectile in a brass casing. However, his 1845 design was small and used primarily for indoor target practice with so-called “parlor guns.” Yet, it was enough to inspire Daniel Wesson – of Smith & Wesson fame – to essentially upscale it. And in the 1850s, Wesson developed the first brass cartridge, and the first revolver to fire the self-contain cartridge.

His design essentially packed just a bit of the mercury fulminate into the rim of the brass case, while black powder filled the hollow tube of the case. The bullet sat on top. While larger than today’s modern ammunition, it is certainly recognizable to anyone today as a “bullet” even if that is an erroneous description, as it is technically a “cartridge.”

What is also notable with this design is that it changed the way firearms were loaded. It eliminated the need for percussion caps and allowed the round to be loaded from the breech as the cartridge also served to create a seal. When the firearm’s hammer struck the cartridge rim, it ignited the primer and in turn initiated the combustion of the powder. Rimfire had many advantages, but many disadvantages including reliability.

A number of designers including Béatus Beringer, Benjamin Houllier, Gastinne Renette, Félix Gévelot, George Morse, Francois Schneider, and the aforementioned Hiram Berdan and Edward Mounier Boxer all sought to improve upon design, and these men contributed to what eventually came to be the centerfire cartridge. As its name suggests, it featured a primer located in the center of the cartridge case head – and unlike rimfire, the primer was a separate and replaceable component.

Apart from some .22 and .17 caliber cartridges and small-bore shotgun cartridges, nearly all modern ammunition is centerfire. Patented in 1866 in the UK and in 1869 in the U.S., it predated the invention of the light bulb by a decade and the airplane by some 30 years.

And while there have been improvements, the concept has largely remained unchanged with ammunition because “if it ain’t broke, don’t fix it.”