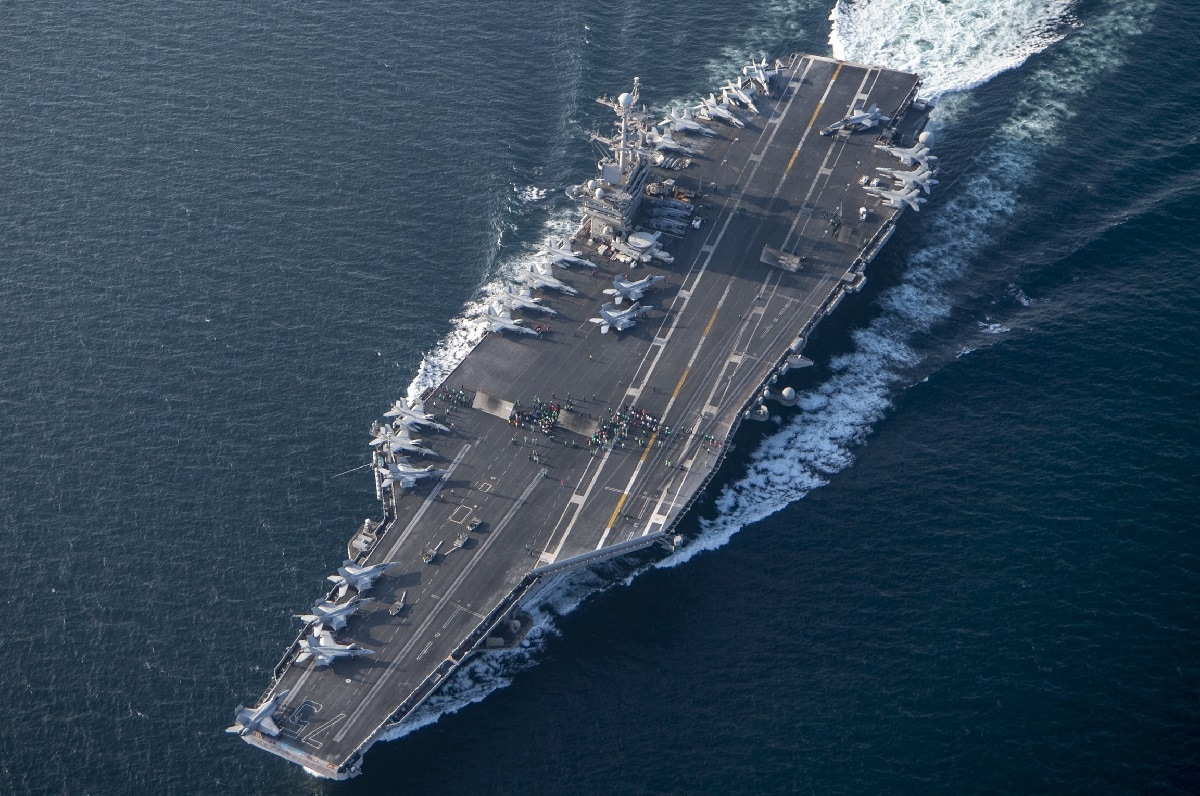 This week over at the Global Times, Deng Xiaoci has the story of how China intends to regulate shipping in China’s “territorial waters” starting September 1. Writes Deng: “Operators of submersibles, nuclear vessels, ships carrying radioactive materials and ships carrying bulk oil, chemicals, liquefied gas and other toxic and harmful substances are required to report their detailed information upon their visits to Chinese territorial waters, according to a notice that China’s maritime safety authorities released over the weekend.”

The regulations, he says, are “a sign of stepped-up efforts to safeguard China’s national security at sea by implementing strict rules to boost maritime identification capability.”

On its face, Beijing’s move looks unobjectionable. After all, the UN Convention on the Law of the Sea (UNCLOS), the “constitution for the oceans,” affirms coastal states’ right to enact laws and regulations aimed at “the preservation of the environment of the coastal state and the prevention, reduction and control of pollution thereof,” as well as remedying a host of other ills. Foreign vessels exercising their right to “innocent passage” through the territorial sea must abide by these laws and regulations while transiting through, while also refraining from actions “prejudicial to the peace, good order or security of the coastal state.”

But things may not be as they seem. They seldom are when dealing with an actor that boasts about waging warfare through peacetime diplomacy, and whose political and strategic culture is steeped in deception and surprise. Three things worth monitoring. One, whether Beijing will confine its regulatory scheme to the “territorial sea” as defined by the law of the sea. The territorial sea extends twelve nautical miles offshore. Yet Deng also refers to “territorial waters,” a vaguer term ungrounded in the law of the sea.

Linguistic precision matters. The territorial sea is sovereign territory for the most part. Yet China also claims “indisputable sovereignty” throughout most of the South China Sea—wildly beyond the twelve-mile limit set by treaty (and in contradiction to a 2016 international court ruling that struck down its claims). In 2009, in fact, it issued a map with a “nine-dashed line” enclosing some 80-90 percent of the South China Sea. The geographic space within is supposedly sovereign Chinese territory. Across that seascape China claims the right to enforce domestic law against foreign seafarers pursuing legitimate commercial or naval activities in accordance with the international law of the sea. If it gets its way, it will make the rules and others will obey.

Beijing asserts the right to do things coastal states may do within their territorial seas but are forbidden to do farther out to sea (with exceptions spelled out in UNCLOS).

Now, to my knowledge, Beijing has never used the phrase territorial sea to describe the water space within the nine-dashed line. But if it asserts the same authority throughout the South China Sea that it wields within twelve miles of its coastlines, the linguistic distinction is a distinction without a difference. Ambiguous phrases like territorial waters might be China’s way of blurring the boundary between its lawful and its unlawful claims—and merging them into the idea that China is indeed sovereign across vast expanses of water and seabed.

Or territorial waters could just be casual language deployed by a reporter and nonspecialist like Deng Xiaoci. Time will tell.

Two, it remains to be seen whether Beijing will try to use its regulations to encumber or bar warships’ right of innocent passage through the territorial sea or more widely. China’s 1992 Law on the Territorial Sea and Contiguous Zone insists that “foreign ships for military purposes shall be subject to approval by the Government of the People’s Republic of China for entering the territorial sea of the People’s Republic of China.” They must request and be granted permission to pass by.

But UNCLOS makes no exemption for ships of war. They are as entitled as merchantmen to the right of innocent passage. Yet under Chinese domestic law, Beijing routinely objects to U.S. “freedom of navigation” cruises, operations that defy unlawful claims, on grounds that American warships make a point of not asking permission before conducting an innocent passage. In other words, China objects because the U.S. Navy transgresses against Chinese—not international—law.

It’s also worth watching to see whether China tries to enforce its new maritime security regulations farther offshore, toward the outer reaches bounded by the nine-dashed line. This would be consistent with its claims to sovereignty—and would further signify that it intends to merge offshore waters into a grand territorial sea.

And three, you get the sense that coastal states, chiefly China and its sidekick Russia, are hardening their positions on marine sovereignty. They covet sovereignty in its purest form, connoting a monopoly of force not just within land borders but on the nautical chart. Beijing and Moscow seem to want to repeal the right of innocent passage, making themselves as completely sovereign at sea as they are on dry earth. This bespeaks a continental mindset. After all, there is no right to cross a sovereign state’s terrestrial frontiers without permission. Law enforcement or the armed forces may apprehend or repel those who try.

That seems to be the principle China and Russia want to implant in their briny environs. Earlier this summer Moscow claimed to have fired warning shots at the British destroyer HMS Defender in the Black Sea, when Defender made an innocent passage off the Crimean coast. It also vowed to attack foreign warships that passed close by in the future. The language deployed by the Russian Ministry of Defense was telling: the ministry stated that Defender “violated the Russian national border today,” and thus exposed itself to counterforce.

No. Innocent passage is not invasion. The territorial sea’s outer limit is not a national border. It is fungible in a way land frontiers are not. It denotes a narrow belt of sea where the coastal state may do many things it does on land. But not all. The law of the sea codifies foreigners’ right of way through the territorial sea provided they comply with the law of the sea. That prerogative seems to be what ambitious continental powers that front on the sea want to proscribe.

Whether Moscow and Beijing are mounting a concerted attack on the law of the sea or acting individually and opportunistically in Eurasia’s peripheral seas, I have no idea. But they are acting.

While Afghanistan dominates headlines, remember: eternal vigilance is the price of nautical freedom.

In this article:China, James Holmes, Law of the Sea, Russia, South China Sea