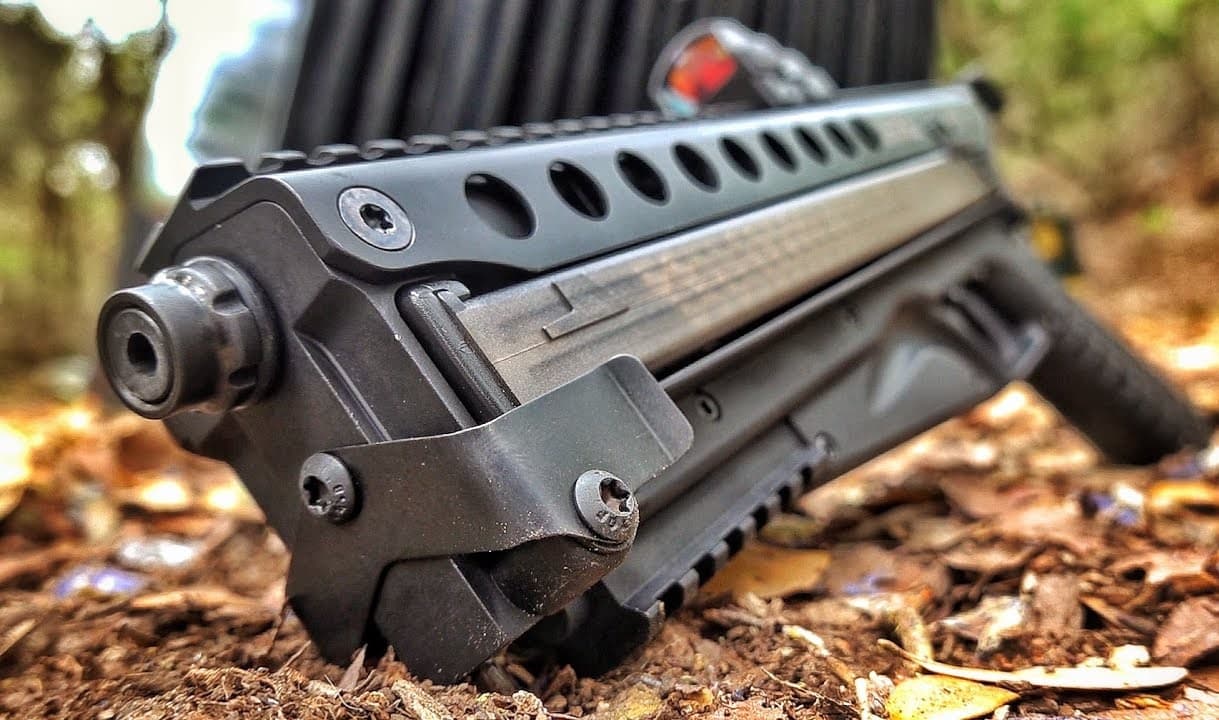 While not as storied a company as Winchester, Colt or Smith & Wesson, the Cocoa, Florida-based Kel-Tec has still become a serious player in the firearms industry. Founded by George Kellgren in 1991 as Kel-Tec CNC Industries Inc. – more commonly just “Kel-Tec” – the company entered the firearms world in 1995, making semi-automatic handguns before expanding to rifles and shotguns.

To mark its 30th anniversary, the company returned to its firearm roots but also created a new class of handgun by introducing the P50, a semi-automatic pistol that features an ambidextrous safety and a picatinny-style rail for mounting of sights, optics or even a laser.

It isn’t the smallest handgun out there – and has a width of two inches and a height of 6.7-inches, but that is because it holds a lot of ammunition.

By utilizing a unique top-mounted, double-stack magazine, the P50 can hold a massive 50+1 capacity of 5.7x28mm ammunition.

You read that right, it is a handgun that can hold 51 rounds – and yet doesn’t utilize a massive external drum magazine. Instead, the company took a cue from the Belgian-made FN P90, a futuristic looking submachine gun that features a double stack magazine that lays horizontally along the top of the weapon. The P50 also is chambered for the same round developed for the FN90.

The result is a compact weapon that is still just 15-inches with a barrel length of 9.6-inches, while it weighed in at just 3.2 pounds. The operation of the P50 is a straight blowback system with a five-pound trigger pull.

“It’s only fitting,” said Derek Kellgren, director of sales at Kel-Tec, “that we kick off our 30th Anniversary with the introduction of a firearm that may well be our most innovative yet.”

It may sound complicated, but it actually appears to be a streamlined design. While perhaps not ideal for every day carry, this compact firearm could be ideal for home defense – and provide enough rounds that there is no need to reload. If 51 rounds isn’t enough to fend off the bad guys, than moving to a better hood should be considered.

“The P50, like any firearm in our long history, is totally unique,” added Matt Stanek, Kel-Tec’s marketing manager. “It’s this heritage of innovation, quality and performance that we strive to live up to every day.”