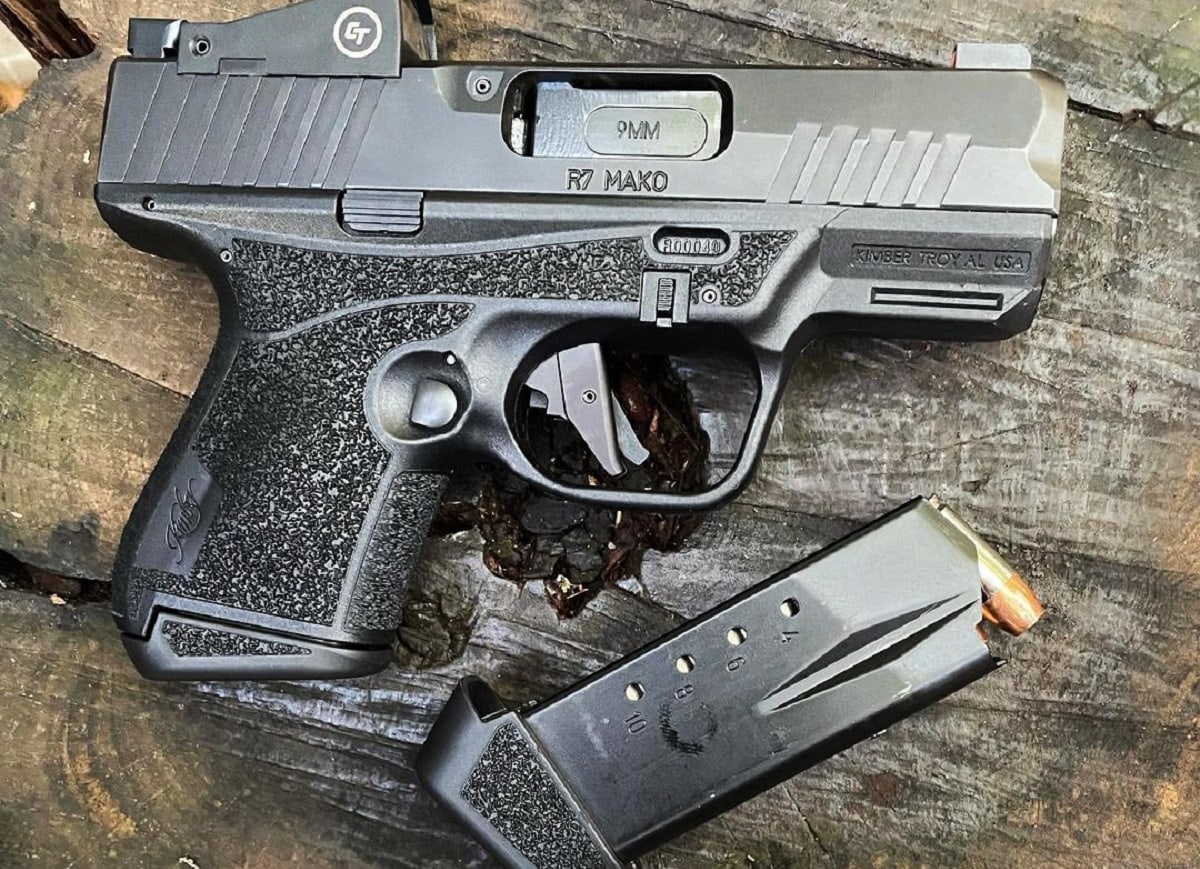 Firearms innovation can be hit or miss. For every successful new design, there are those that are best left forgotten. That could explain why Kimber Mfg. reached out to carry enthusiasts and asked what they’d most like to see in a concealed carry pistol.

The result is the polymer-framed, striker-fired R7 Mako, a micro-compact pistol chambered in the popular 9x19mm Parabellum cartridge. While Kimber already offers several models that are close to the micro-compact in size, including its Micro-9 and Evo SP, these models don’t offer all the features that the consumer wanted. Thus Kimber reached out for insight, and more importantly, the company listened.

Released this past August, the pistol – which is named after the Shortfin Mako Shark – is Kimber‘s third striker-fired handgun, but the first to utilize a polymer frame. The new R7 Mako also addresses the calls for an outstanding trigger with its unique flat-face Performance Carry Trigger, which has a consistent short pull and a clean, crisp break – while the R7’s factory-set 5.0 to 6.75 pound trigger actually feels much lighter.

Kimber also responded to the call for a handgun that offered sufficient ammunition capacity for any situation, as the R7 Mako boasts a class-leading 12-round capacity using the flush-fit magazine and 14-round capacity using the extended magazine. Additionally, this everyday carry (EDC) pistol offers a stainless-steel slide, which features an FNC finish, and covers the barrel hood to add rigidity, while further preventing debris from entering the pistol through the ejection port, and keeping the optic clean.

The R7 Mako’s external controls, including the slide stop and magazine release button, are ambidextrous, which allows the micro-compact to be operated by left or right-handed shooters with no modifications. Additionally, the controls have a no-snag design to make the gun easier to draw, but also to help prevent an accidental release of the magazine.

Not being shortsighted when developing its micro-compact, Kimber included a set of TruGlo Tritium Pro u-notch sights making target acquisition quick regardless of lighting conditions, while the slide on the R7 Mako Optics Ready (OR) model ships with a plate to protect the milled Shield-style footprint. The R7 Mako Optics Installed (OI) model includes a Crimson Trace CTS-1500.

Additionally, both R7 Mako models ship with a flush-fit 11+1 magazine as well as a 13+1 magazine, so the gun is carry-ready out of the box – while the company announced that 10+1 and 15+1 magazines will be available in the very near future.