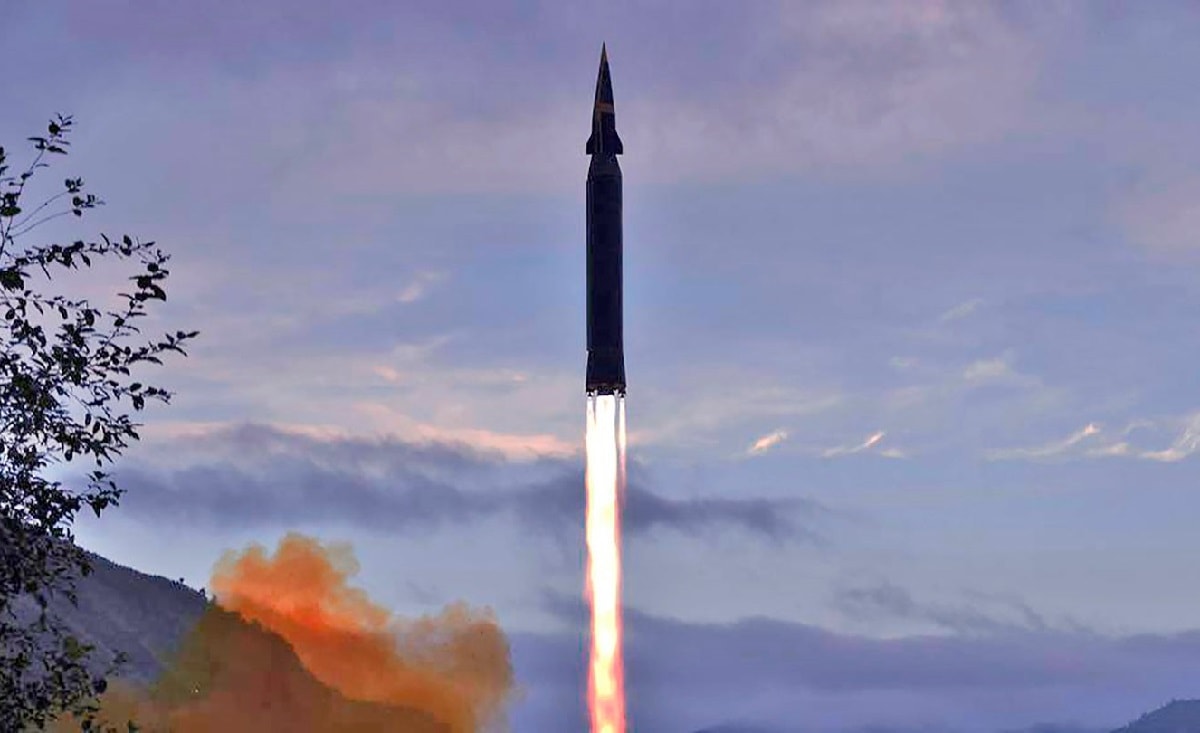 An arms race to develop hypersonic missiles has the United States, China, and Russia sprinting ahead while North Korea lags behind. The North’s propaganda arm announced a test-fire of its own hypersonic missile this week. But the South Korean Joint Chiefs of Staff is not impressed – stating that it flies slower than the competition and that if could be overtaken and destroyed by the Americans and South Koreans.

This “me too” announcement by the North Koreans looks to be the result of a half-baked hypersonic missile that can only travel at MACH 3 speeds. Typically, to be considered hypersonic, the missile needs to fly at least MACH 5 (around 3,900 mph). The North Korean official news agency said the Hwasong-8, dubbed a “strategic weapon” by the North, tested successfully, although details about its range and altitude were not apparent.

What is a Hypersonic Missile?

Some hypersonic missiles can go up to MACH 20 or MACH 30 making them hard to detect and kill. Ballistic missiles, by comparison, are sometimes easier to track because they have a predictable flight pattern. Hypersonics can also carry nuclear warheads. They can be launched from the ground or carried and boosted by airplanes and cruise missiles. More analysis on hypersonic missiles by 1945, including a new successful test by the United States, can be found here and here.

The South Korean military said the North Korean hypersonic is not ready for prime time and is too early in development. It will reportedly take considerable time and work for it to be fully operational. By comparison, the American scramjet hypersonic was recently launched from an airplane wing and burst to supersonic speeds at MACH 5. South Korea has Terminal High Altitude Area Defense (THAAD) and Patriot batteries that can address most North Korean missiles. Although even a MACH 3 hypersonic missile from the North would pose problems for defensive measures. So, the South Koreans and Americans are watching the Hwasong-8 closely.

North Korean Missile Testing Is Still a Fact of Life

North Korea has stepped up its missile testing recently. A cruise missile was launched along with two short-range ballistic missiles this month, as noted by 1945. This year Kim Jong Un said that the country is getting closer to miniature nuclear warheads that could be mated to missiles. A plutonium reactor at the Yongbyon complex is up and running again. Meanwhile, South Korea also announced a ballistic missile test recently.

While the Americans and South Koreans are doubting the efficacy of the current hypersonic missile from North Korea, it is likely that the North will keep improving it. The relatively slow speed of the Hwasong-8 could be considered a sub-optimum test, despite the boasts of the North. Kim Jong Un is trying to get leverage in any diplomatic relationship with the Biden administration and it is not likely North Korea will stop its missile program in return for sanctions relief.