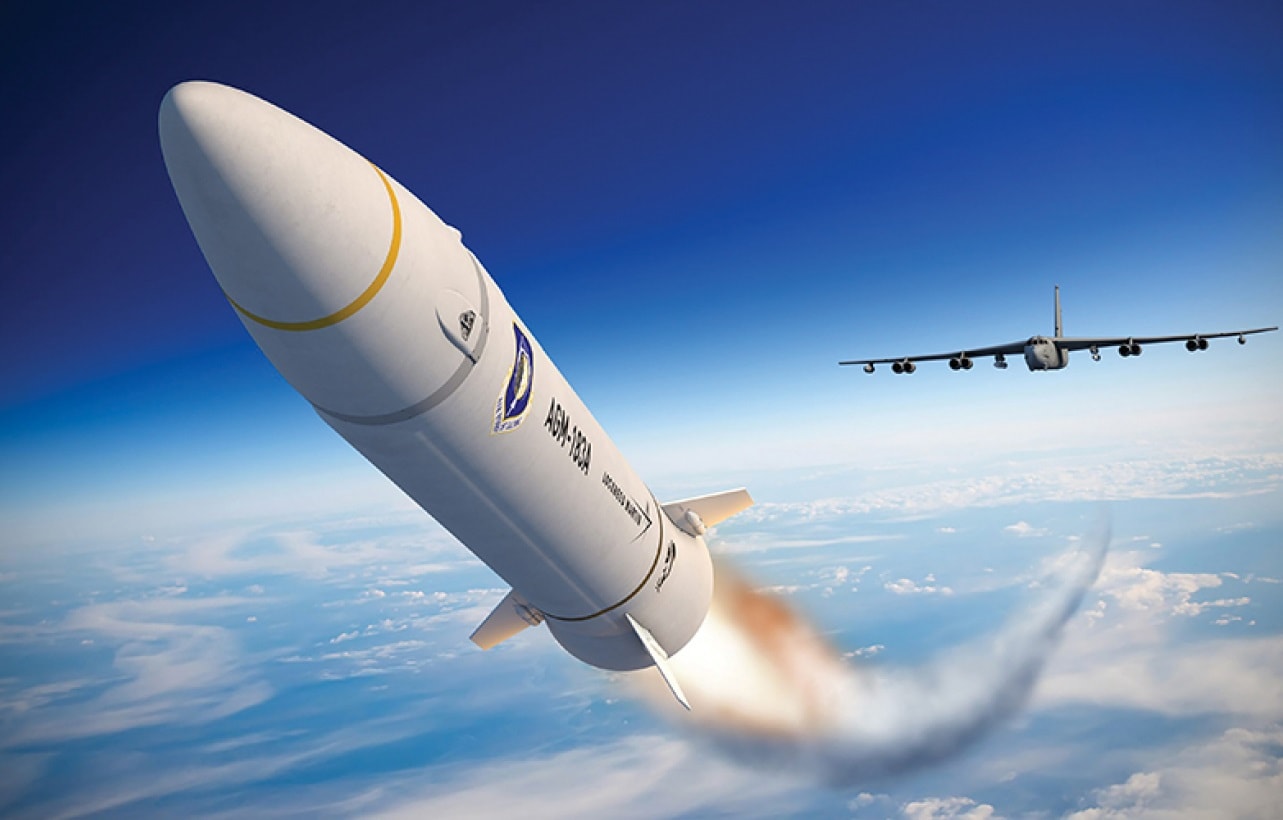 This week DARPA and the Air Force announced a successful flight of a hypersonic cruise missile. This test brings the United States into a great power competition to decide which country can deliver hypersonics to their arsenal faster. China and Russia have their own hypersonic missile programs and the United States is rushing to keep up.

The Hypersonic Air-breathing Weapon Concept (HAWC) has come to fruition due to designs by Northrop Grumman and Raytheon. The U.S Navy also played a role in the first free flight test last week. The engine of the weapon has been 3D-printed in entirety. The HAWC flew at speeds greater than MACH 5. According to DARPA, “Goals of the mission were: vehicle integration and release sequence, safe separation from the launch aircraft, booster ignition and boost, booster separation and engine ignition, and cruise. All primary test objectives were met.”

What Are Hypersonic Missiles?

Hypersonics fly along the edge of space at MACH 5 or at 3,800 miles per hour to MACH 10 or 7,500 miles per hour. Some models can hit even higher speeds approaching MACH 20 to MACH 30.  This makes the weapons harder to track by adversaries’ sensors and radar. The high speed and maneuverability make them different from existing ballistic missiles since regular missiles have a predictable trajectory that is easily tracked by missile defense systems.

Ballistic missiles also fly lower since hypersonics are traveling in the atmosphere while ballistic missiles fly in lower earth orbit making hypersonics more difficult to defend against. Hypersonics can carry nuclear or conventional warheads. They are sometimes called glide vehicles because they can burst from the last stage of a missile fired from the ground or from submarines. They can also be released from an aerial bomber like a cruise missile.

What Is a Scramjet Engine?

The ultra-high speed comes from the so-called Scramjet propulsion system. The Missile Defense Advocacy Alliance describes it this way. “A Scramjet engine is an engine that uses ‘air breathing’ technology. This means that the engine collects oxygen from the atmosphere as it is traveling and mixes the oxygen with its hydrogen fuel, creating the combustion needed for hypersonic travel.” DARPA’s HAWC uses a scramjet engine.

Hypersonics Can Be Glide Vehicles Too

But hypersonics do not always need their own propulsion systems. They can be dropped by an airplane or ballistic missile to glide toward the target. The HAWC was released from an aircraft too. These weapons are also known as hypersonic glide vehicles or a concept the Americans call tactical boost glide.

Hypersonics are usually not that large – between five and ten feet long and 500 pounds – but they pack a powerful punch. They are strong enough to create an explosion as big as three to four tons of TNT.

While the news of this test launch is welcome, the United States should complete every iteration of the testing program as quickly as possible. Russia and China have well-funded hypersonic programs. The Biden administration and Congress need to be onboard to fully fund DARPA, the service branches, and the defense contractors working on this project, because hypersonics are now a fact of life in 21st-century warfare.