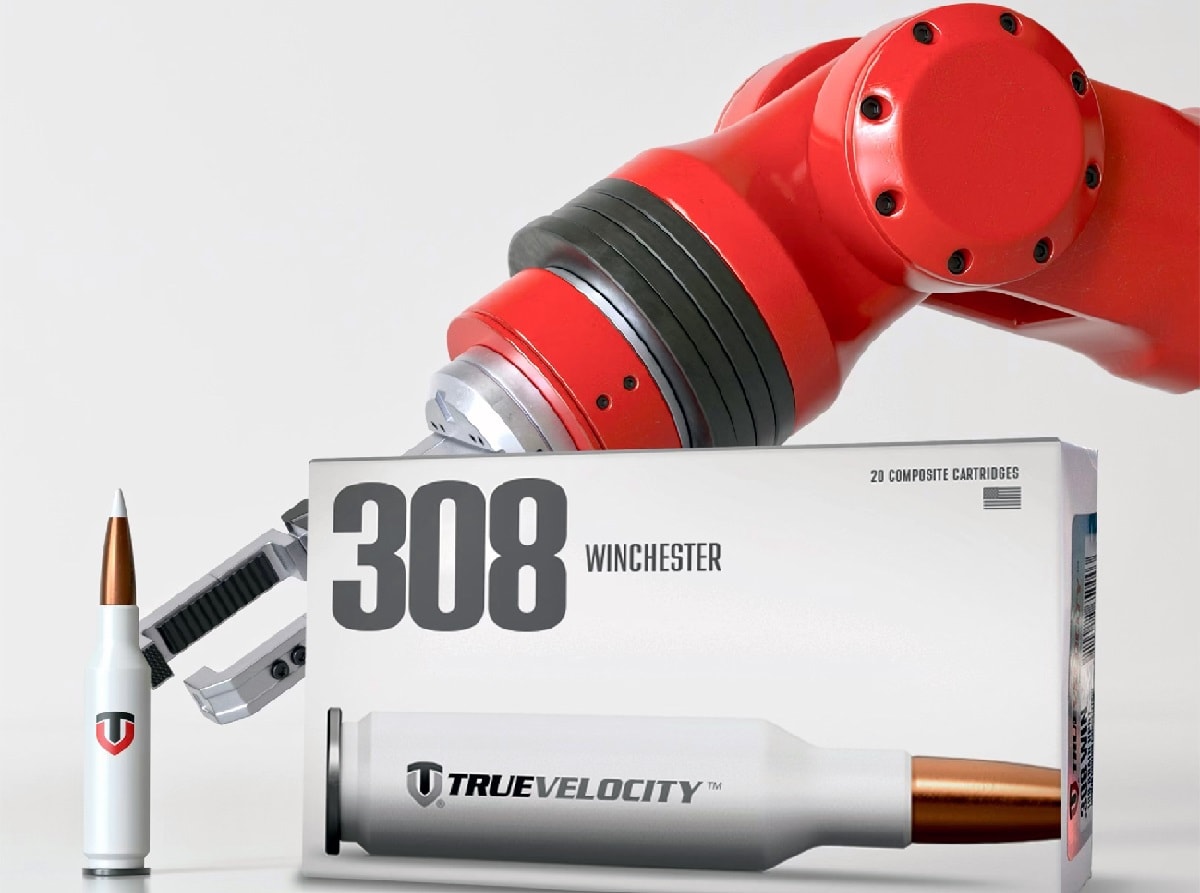 Firearms ammunition has evolved in recent years, but Texas-based manufacturer True Velocity could be set to change the way modern cartridges are produced while also reducing the weight of every round. The company, which has more than 250 patents pending or issued for its products, technology, and even manufacturing process, has taken the innovative step of producing cartridges that utilize “composite-cased” rounds that could be the most notable change since brass was first used more than 150 years ago.

The company has touted the fact that its composite cases also provide improvements over those traditional brass-cased rounds, including reduced heat transfer to the firearms, which can lead to longer chamber life and decreased throat erosion. True Velocity has said these could also deliver improved accuracy, enhanced efficiency, and consistency – while the rounds are upwards of 30 percent lighter than traditional brass-cased cartridges, providing significant shipping and logistical cost savings.

The company was founded in 2010, and was named a finalist in the Next Generation Squad Weapons (NGSW) program, which represents the U.S. Army’s most significant small arms program in decades, while it has also been added to the shortlist for the Australian Defence Force’s LAND 159 Lethality System Project procurement process.

True Velocity partnered with General Dynamics in the Army’s NGSW program to provide the ceramic-cased ammunition for General Dynamic’s RM277, an air-cooled, gas, and recoil operated bullpup rifle that utilizes dual firing modes where it fires in a closed bolt in semi-automatic mode and open bolt in automatic mode.

In addition to the innovations in the firearm, the ammunition could also offer significant advantages. Beyond the aforementioned accuracy and reliability, that weight savings could be significant and not just in the shipping costs but in what today’s warfighters can carry. The average basic combat load is 210 rounds, but with the ceramic casings, troops could carry 300 rounds with an equivalent ammunition weight. The savings could also allow the military to move more ammunition around the world as well.

It isn’t just the weight reduction and materials of its ammunition that are unique with True Velocity.

While a boutique-sized business compared to some of the larger operations, the company’s 75 employees have more than 200 years of combined military service but are also experts in manufacturing, engineering, and quality control.

Unlike larger manufacturers, True Velocity, which is ISO9001.2015 certified, also utilizes 21st-century production methods that include efficient, computer-control machines that require fewer human workers as the machines are able to mold, sort, and assemble the cartridges to exacting specifications.

The Texas company recently began to offer its .308 Winchester composite-cased rounds, and also announced a partnership with Virtus Ammo that will make the cartridges available at retail nationwide. Additional calibers and configurations are expected to follow in the coming months.

“Without a doubt, True Velocity’s composite-cased ammunition gives us the closest example of what the future of shooting looks like,” said Darren Crockett, chief operating officer at Virtus Ammo. “Being named as the first distributor of this history-making product is an exciting opportunity for our team.”

Crockett added that the trend towards higher quality ammunition to perform at new levels made possible through True Velocity’s solutions will benefit consumer’s ability to responsibly train, engage in sporting events, and improve performance tools for law enforcement nationwide.

“This is a very important step in the process of making sure the public can see our ammo in person and expand access to our products,” said True Velocity Chief Sales and Marketing Officer Pat Hogan. “Virtus is an aggressive partner, and we look forward to expanding our business with their help.”