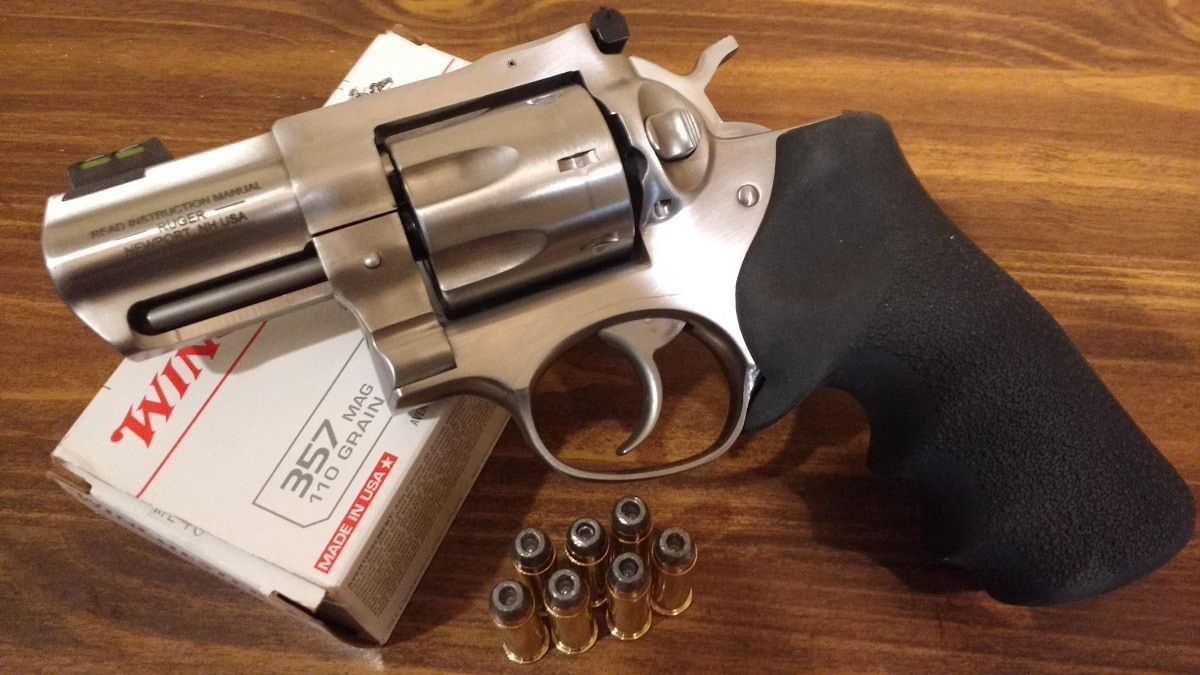 I like to think every gun has a personality. Maybe it isn’t the gun themselves, but how society thinks about them. Lugers are an evil gun. The 1911 is the gun of choice for Private Investigators in dark alleys. Berettas are for special forces operators. When I see the GP100 I see Dirty Harry. It is big, brutal and intimidating. Two pounds of steel, rubber and power in the palm of your hand. Some guns just get the job done. The GP100 is for making a statement.

I took this model to the range for a day of fun. The model I received has fiber optic sights which work better than simple iron sights. The less you have to think about, the better you are. The grip worked very well in absorbing the recoil from the shots, which is definitely a big issue with a gun this powerful. I don’t want to spend more time aiming than I have to. An interesting feature you can do with this gun is attach a scope to it with a kit to give you the power and accuracy of a rifle in a small package.

Well, it is a revolver so… Unlike a semi-auto, they are the most reliable gun on the market. Perfect for a self-defense gun like this one. With fewer moving parts and less to clean, you can expect a longer life and fewer trips to the repair shop.

I am more used to using lighter handguns, so this was awkward for me. It takes a bit of getting used to for feeling comfortable. Once I got it though it was natural. It brings a feeling of heft, but keeping it on target for a while isn’t an issue. However, carrying it around is an issue and I would not recommend this gun for concealed carry. I would invest in a belt holster for this one.

I had the double action model. The model has definitely a lot of weight behind the trigger pull. If you are looking to fan the hammer like John Wayne I would look somewhere else. It is a 10 lb pull so not for the weak fingered, but it gives you an extra second to make sure you are where you need to be. If rapid fire is important, then maybe it isn’t the gun for you. Personally, I believe that accuracy can compensate. You need not fire a second shot if the first one worked.

Like everything else in life, if you aren’t ready it will hit you worse. I used a speed loader and can’t find a noticeable time difference between reloading this and my more traditional 1911. Now if you load each bullet individually, then you are going to find it unpleasant.

It is big and bulky. It is heavy. That isn’t a flaw. It is a feature. If you don’t like that, look for a different gun. While it is difficult to conceal, it makes up for it by being hard to ignore. I didn’t have any trouble carrying it around the range, so I can’t imagine it will prove an issue for any firefight. If concealing a gun is make or break for you, I can recommend other reliable options.

This surprised me. Normally you think the bigger gun equals a bigger recoil. Granted there is recoil, but it proved much more manageable than I thought. There is no need to be afraid to fire the big guns. Between two hands and a steady grip, I could keep on target all the time. There is also the fact this is .357 rather than .44. It gives you all the power you need without being overkill.

The price really surprised me at around $800. This makes it very viable to compete. I would expect a reliable and powerful gun to cost more than that. I paid more for my 1911. Price really isn’t an objection here. It isn’t a bargain gun, but do you really want to trust your life to a cheap gun? If style is important to you I might consider something a little extra to turn heads on the range.

This is what I would call a situational gun. Would I want to keep this as something to have with me at all times? No, I like to keep a more versatile gun. The question is there a situation that you would want the GP100? This gun would be reliable during a home invasion. Big and intimidating enough to threaten someone just by showing up. I would also love to have this gun while hog hunting. It would be reassuring to have something this powerful. So it really depends on your needs. If you want penetration power that your average handgun can never offer, this is the gun for you. 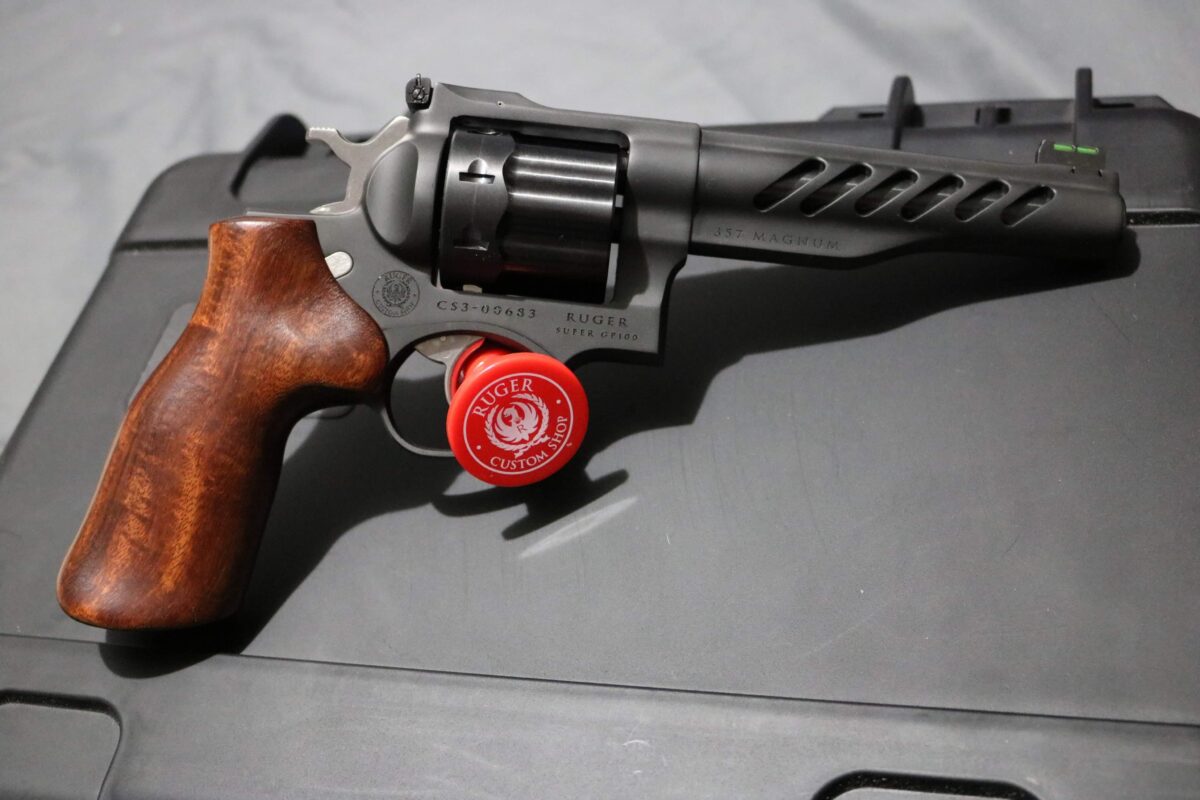 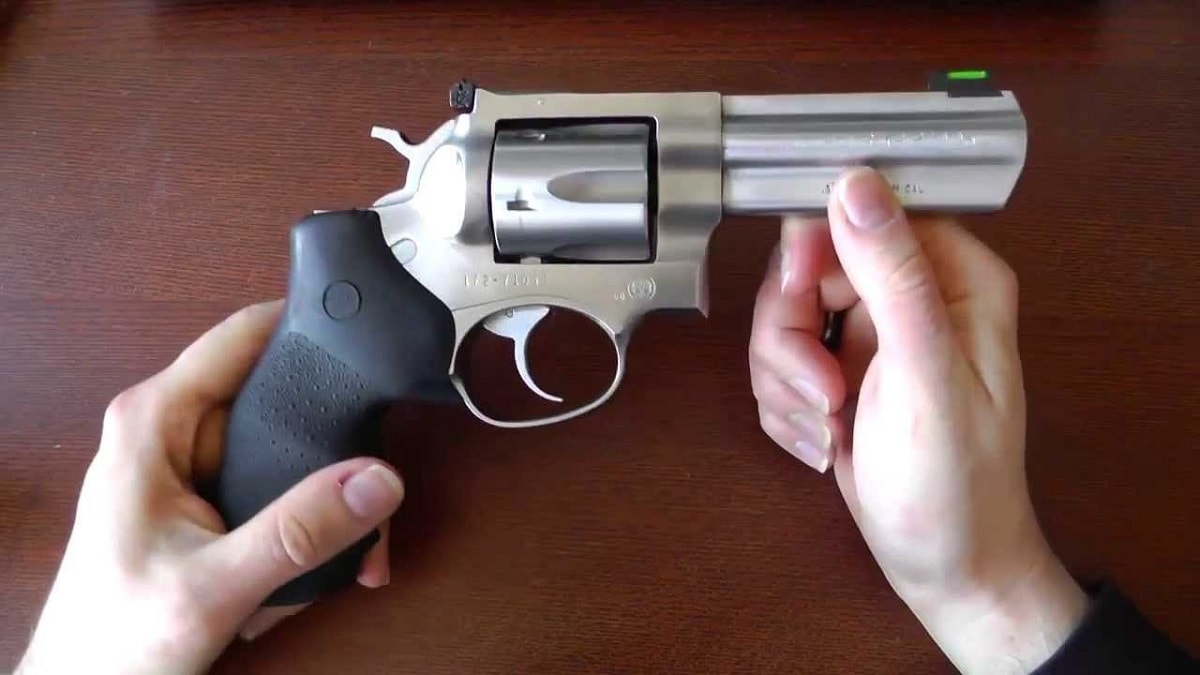