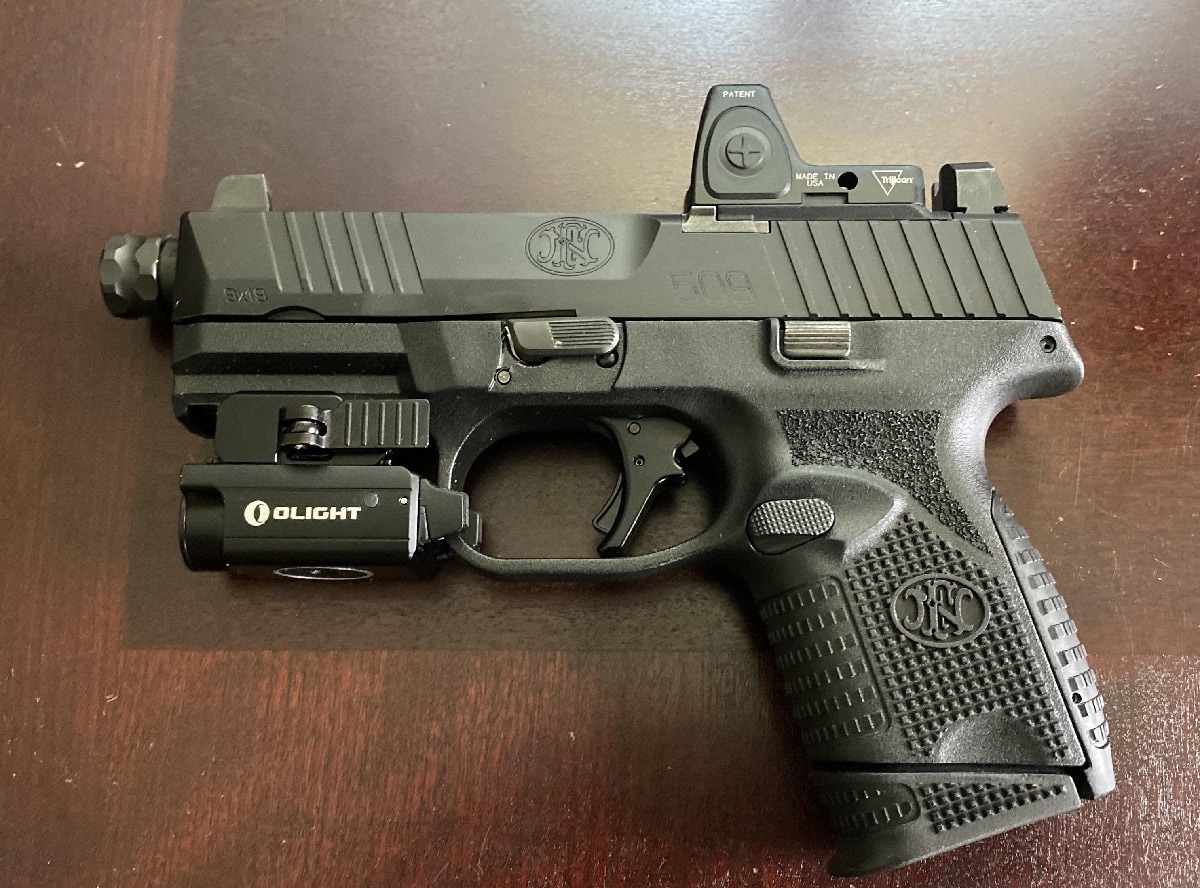 Last month FN America, a division of the Belgian-based FN Herstal, announced that following a highly competitive and rigorous qualification, its FN 509 MRD-LE was chosen by the Los Angeles Police Department to be the new duty pistol. The polymer frame striker-fired semi-automatic pistol, which was introduced to the military, law enforcement and civilian market in 2017, is manufactured in Columbia, South Carolina.

According to FN America, LAPD officers training on marksmanship, tactical maneuvers and precision target engagements will now have a more accurate and reliable sidearm.

“The Los Angeles Police Department is one of the largest and most elite law enforcement agencies in the country, with roughly 10,000 uniformed officers, and we are proud that they have chosen the FN 509 MRD-LE as their next duty pistol,” said Mark Cherpes, president and CEO of FN America, LLC.

“The FN 509 MRD-LE is the only choice for agencies seeking an extremely capable and versatile duty pistol platform with proven reliability, accuracy and optic interoperability,” added Cherpes. “Serving the men and women of an outstanding law enforcement agency like the LAPD brings great pride to everyone at FN, we look forward to supporting their police force with a remarkable handgun platform their officers will rely on every day.”

During the LAPD handgun trials, the FN 509 competed against several contenders in a 20,000-round-count endurance qualification, which it surpassed with zero malfunctions. It exceeded all of the requirements that the LAPD sought in its new duty pistol

“With over a million rounds fired in development, the FN 509’s reputation for durability is proven here again giving LAPD officers a superior handgun they can depend on in the most demanding policing environments,” added Chris Cole, vice president, sales and marketing at FN America, LLC.

The contract with the LAPD could be seen as a result of FN’s efforts to produce a sidearm for the U.S. military’s XM17 Modular Handgun System (MHS) competition, which was initiated in September 2015. FN Herstal entered a polymer-framed, striker-fired pistol that was based on its FN FNS-9 Compact. However, after Sig Sauer won the competition in January 2017 with its modified version of the P320, FN American brought a version of its entry to market. It became the FN 509. It features a stainless steel slide with ferritic nitrocarburizing finish and a polymer frame.

FN has been well-established in the military world, and is known for producing its reliable and capable small arms including the SCAR rifle and M249 light machine gun. The company’s weapons have been used by the U.S. military and its NATO allies for decades – but now the M249 could be on the way out, and Sig Sauer scored the contract with the U.S. Army, so the deal with the LAPD should be seen as a way for the gun maker to enter the market that Glock has dominated for decades.