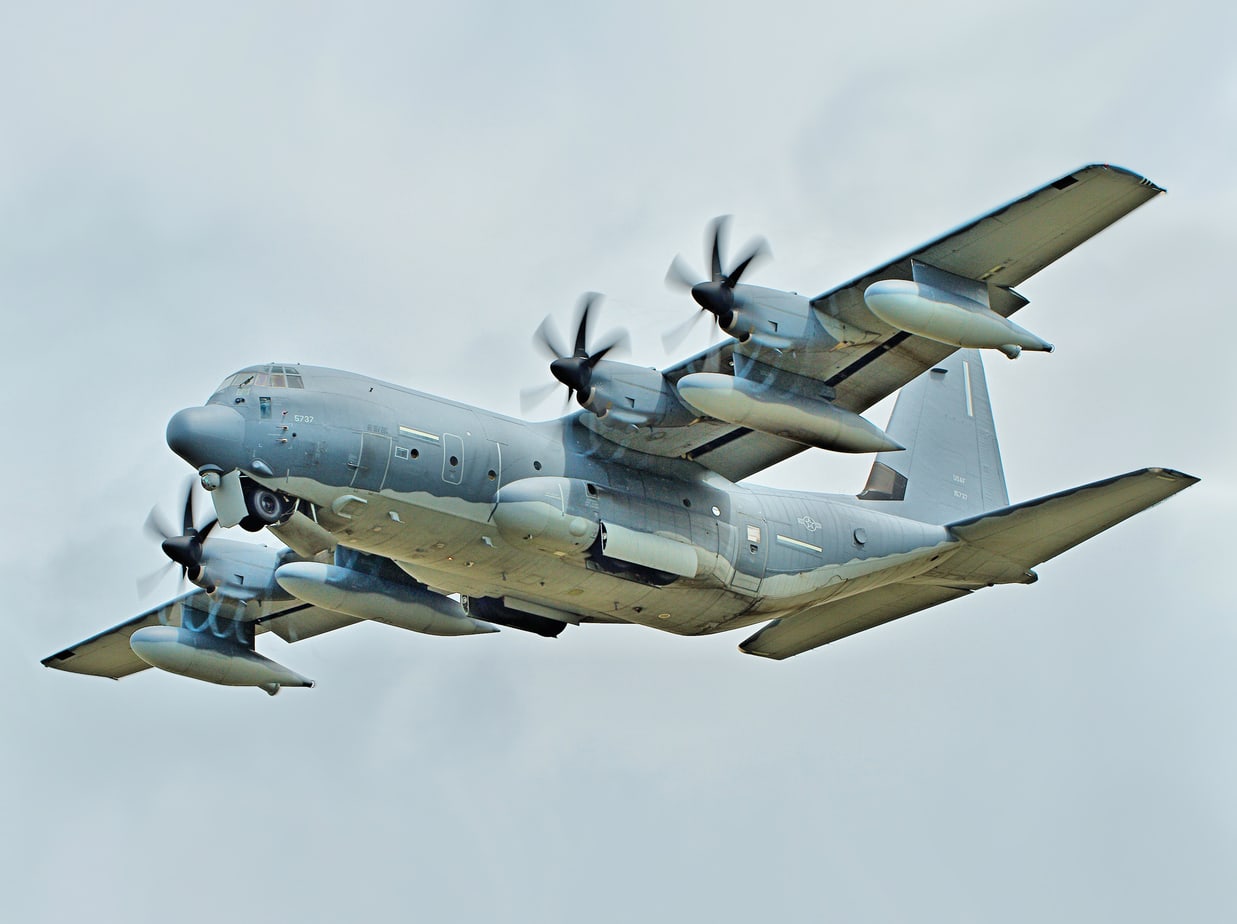 Increasing tension with China has the US military looking for ways to spread out across the Pacific in order to counter Beijing’s growing navy and missile arsenal.

The US Air Force in particular is looking to disperse its aircraft and airmen, and the service’s special operators are now hustling to equip their workhorse plane to operate on land and water.

US Air Force Special Operations Command said this week that it will conduct a rapid prototyping effort to increase the “runway independence and expeditionary capacity” of its MC-130J by developing “a removable amphibious float modification.”

MC-130 variants have supported US military operations since the 1960s. The MC-130J is the latest version and is the backbone of AFSOC’s fixed-wing force.

The $114 million aircraft has advanced navigation and radar systems that allow it to operate in unfriendly territory, but the MC-130J Commando II Amphibious Capability, as the effort is called, will allow it to support operations at sea and in near-shore areas, according to AFSOC.

Seaborne operations offer “nearly unlimited” places for landing and would extend the reach and survivability of the MC-130J and the commandos who use it, Trantham said.

AFSOC is working with the Air Force Research Lab’s Strategic Development Planning and Experimentation directorate and with private industry. The command plans to use a five-phase rapid prototyping schedule that will allow it to conduct an operational capability demonstration in 17 months.

AFSOC and private-sector representatives are already testing prototypes in the Digital Proving Ground, a virtual setting that includes virtual-reality modeling and computer-aided design — “paving the way” for more digital simulation and testing and the use of advanced manufacturing, the release said.

The effort also intends to “de-risk” the concept for potential use in a future program to give MC-130Js or other C-130 variants an amphibious capability.

The last US military seaplane left service with the US Coast Guard in 1983, 16 years after the Navy retired its last seaplane. Amphibious aircraft played an important role in World War II, but technological advances during the Cold War made them less valuable.

Interest in amphibious aircraft has increased in recent years, however. Several countries — including Russia and Japan — still operate them, and China’s development of the AG600, the world’s largest seaplane, is steadily advancing.

China has invested heavily in its fleet of military airlift planes in order to support long-range operations, and the AG600 provides “some niche but important capabilities,” Timothy Heath, a senior international defense researcher at the RAND Corporation, told Insider earlier this year.

“An amphibious plane allows you to reach areas that otherwise are hard to get to. They can also support ships that are stranded at sea or just if it needs to connect with some ship at sea where there is no runway,” Heath said.

China is expected to use the AG600 for search-and-rescue, transport, and firefighting, among other operations. It would be especially useful in the South China Sea, supporting operations around the island bases China has built there.

AFSOC officials have said amphibious aircraft would be a valuable capability in an era of great-power competition, and Trantham echoed that view in the release.

“MAC will be able to be used by our sister services, allies, and partners,” Trantham said, and its use “alongside other innovative tools will provide even more complex dilemmas in future battlespaces for our strategic competitors.”