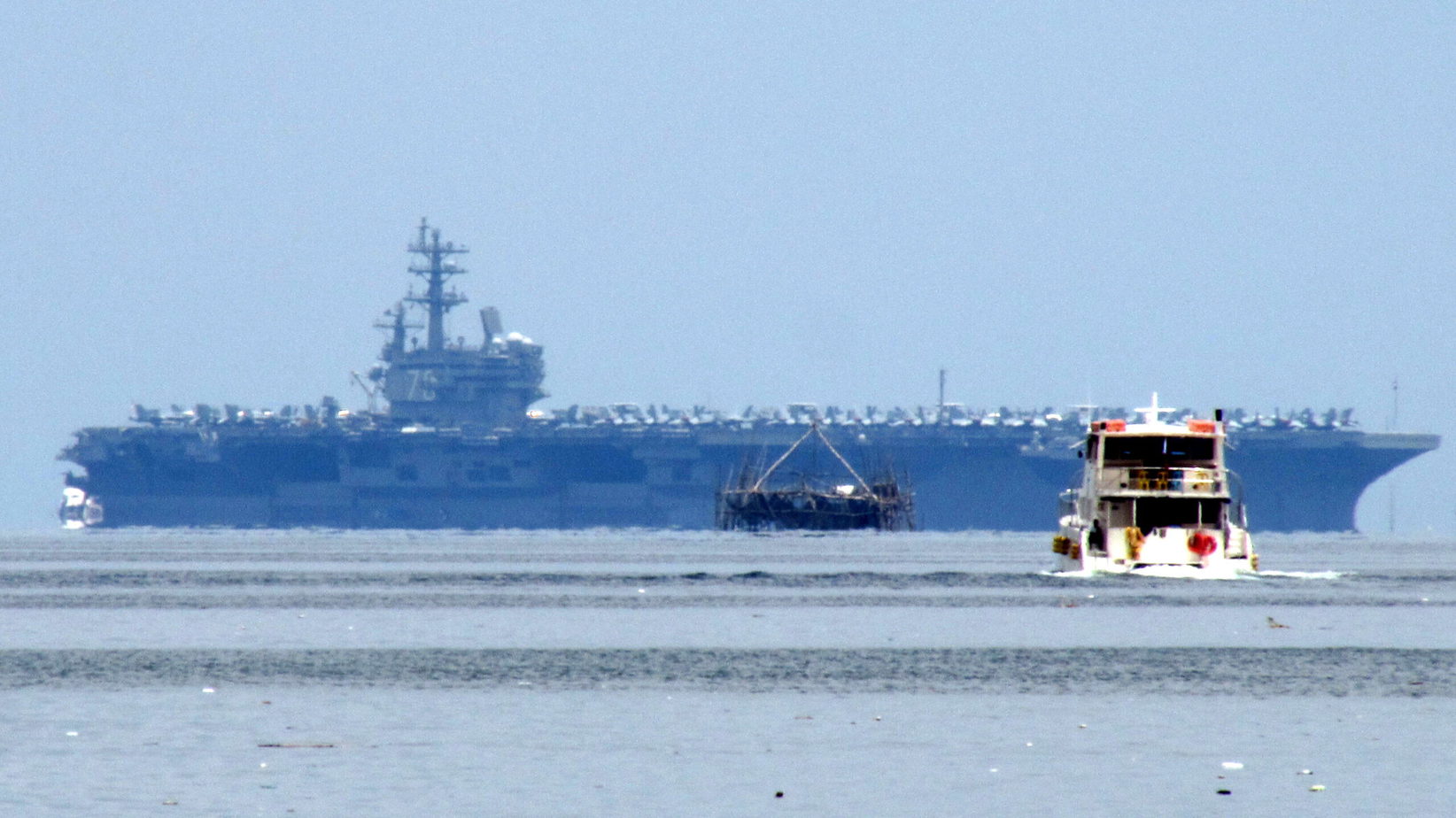 When China released footage of its “carrier killer” ballistic missiles being tested two years ago, the US Navy’s top admiral fired back, calling the aircraft carrier “the most survivable airfield within the field of fire.”

China’s missile arsenal has only gotten bigger, but the Navy’s flattops may now face another challenge closer to home.

At a Brookings Institute event last month, Rep. Adam Smith, chairman of the House Armed Services Committee, said that while carriers are still important to US defense, their high cost could prompt a reassessment of their utility.

The carrier has long been both a symbol and a tool, reflecting the US’s ability to project power. But the struggles of the Navy’s new Ford-class carriers, including delays and cost overruns caused by unproven technologies, have made the program a target.

Following a 2017 visit to the carrier, President Donald Trump demanded it revert to “goddammed steam” to power its catapults instead of using its new electromagnetic aircraft launching system.

In 2019, one lawmaker, frustrated by ongoing delays, likened the carrier to a “floating barge that’s not deployable.”

Some have questioned if technological advances, including China’s DF-21D missiles have made carriers obsolete. Those missiles and others in China’s arsenal can reach most of the Western Pacific, where US carriers often deploy.

Experts on naval warfare and on China’s capabilities see carriers as having an evolving role but remaining vital.

Thomas Shugart, a retired Navy captain and a defense fellow at the Center for New American Security, said while China’s missiles may force a carrier to stay farther from the frontlines, it would be no less vulnerable than other major air bases nearby.

Shugart told lawmakers in March that it appeared China’s military was testing warheads that could target high-value aircraft at those bases.

“You still have to do things differently than if that missile didn’t exist,” Shugart said of the “carrier killer.”

China’s military capabilities are only growing and could soon include hundreds of anti-ship ballistic missiles, allowing Beijing to expand from focus on carriers to a ship-killer mission, targeting smaller warships, like destroyers.

“You have to generate tactical airpower somehow within the region,” Shugart said. “You think the carrier is going to be part of that answer? Probably.”

Matthew Funaiole, a senior fellow with the China Power Project at the Center for Strategic and International Studies, said carriers offer a flexible platform for different environments and missions, but there are alternatives that can work with tighter budgets, including lighter, less sophisticated flattops.

Allies and partners can also play a complimentary role in countering China, and some are showing more interest in doing so, Funaiole said.

Not all about China

Smith, Funaiole, and Shugart pointed out that if carriers were obsolete, China wouldn’t be building its own fleet of them.

“Question is, how do we use them going forward?” Smith told Insider. “What are the scenarios? How do we make that work?”

The Pentagon is currently reviewing the US military’s footprint across the globe. Smith said a more “in-depth cost analysis” must be done before determining the role of aircraft carriers in the overall picture.

The National Defense Strategy will help in that analysis, and lessons learned during the construction of Ford will help avoid cost overruns in future Ford-class ships, Smith added.

“I think we can build aircraft carriers in a much more cost-effective way,” Smith said, adding that the US also needs to think about how those ships can “exist in a more contested environment.”

Survivable information and communications platforms, and developing long-range fighters, unmanned systems, and new missiles, are elements of that, Smith said.

“Maybe we have to have the stealth aircraft and develop ways to refuel them to get to the target,” Smith said. “Maybe we use a more distributed force with more expendable unmanned systems.”