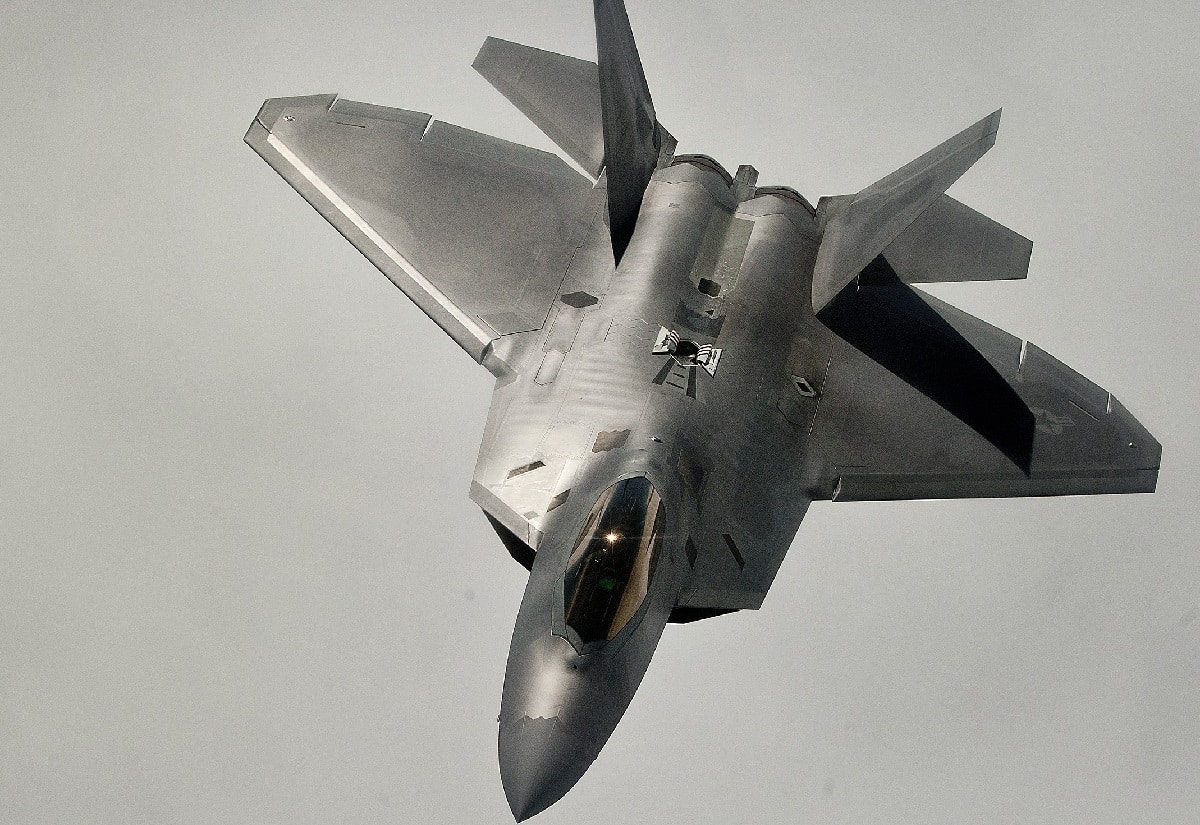 One of the most sophisticated fighter jets in the world requires hours of pre-flight checks. The F-22 Raptor stealth fighter is finicky with high maintenance costs. It requires a ground crew that has an inordinate amount of patience that can operate with extreme attention to detail. Nothing is forgotten or ignored on the F-22 before it hits the skies.

The F-22 was designed to completely disrupt the way fighter planes are designed and operated. They are stealthy, fast, and highly maneuverable. The air superiority starts with the two Pratt & Whitney turbofan engines that provide more thrust than any other fifth-generation airplane. The F-22 can easily go MACH 2 (1,500 miles per hour) without afterburners. This “supercruise” capability makes the airplane difficult to observe on enemy radar.

Why Pilots Love the F-22

The avionics, sensors, and onboard radar are top-notch. Pilots are easily alerted to incoming threats for maximum situational awareness. It is probably the ablest U.S. airplane when it comes to defeating enemy surface-to-air missiles. It is strong on the attack in air-to-air and air-to-ground modes with numerous types of advanced missiles and bombs.

However, the downsides of F-22s quickly become apparent. They are expensive. With research and development costs, the F-22 rings in at an astounding $334 million each. The airplane has to be babied and maintenance is a killer. There are around 180 F-22s in the Air Force inventory, but about half are grounded due to maintenance issues at any given time.

Wait Until You See the Number of Pre-Check Chores

F-22 pre-flight checks take hours with numerous crew members crawling over all areas of the warplane. To get an idea, here are just a few of the pre-flight chores that must be done by maintenance personnel. You can watch a video of this work below. But the following list gives you an idea of what is involved.

-Foreign object check of the runway

-Check the throttle and stick

-Conduct a second check of the cockpit

-Pilot checks the cockpit and does pilot pre-flight checks

To be sure, all aircraft require long lists of pre-flight conditions, although the F-22 takes it to a different level. But many in the Air Force would argue that the money and time required to get the fighter in the air is worth it.