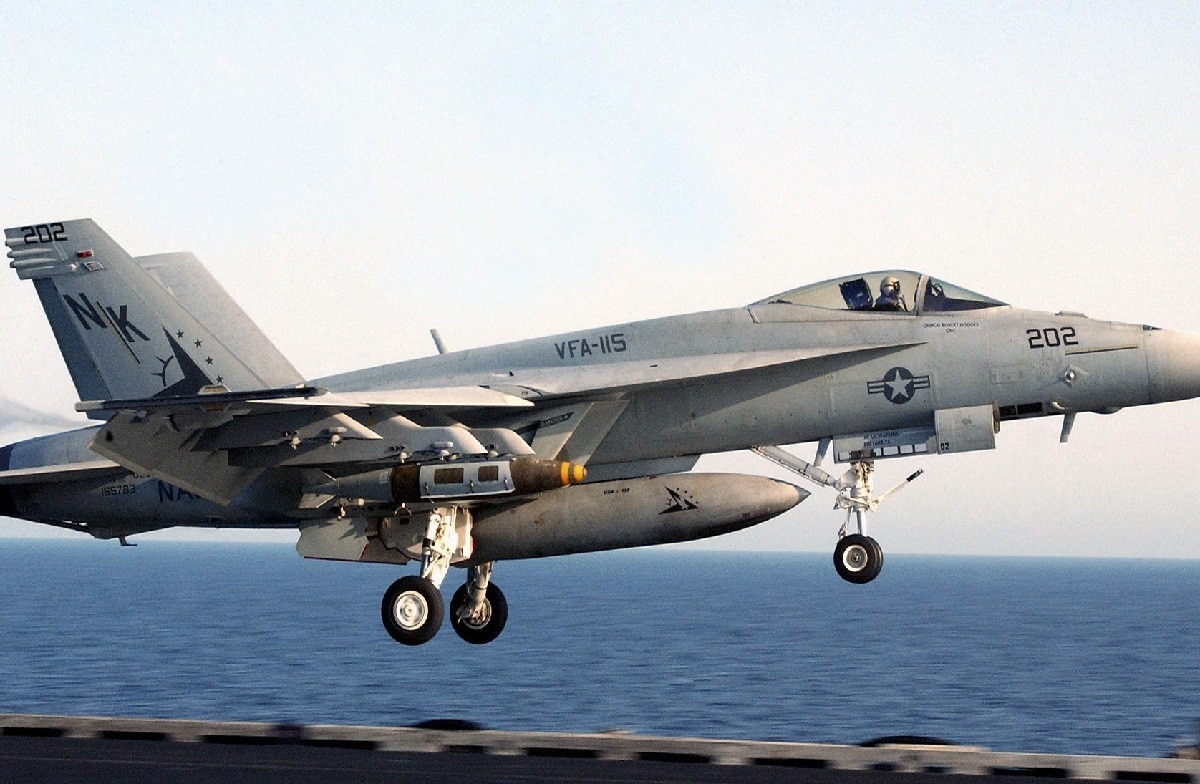 Christmas has come early for the United States Navy, as the service received the first two Block III F/A-18 Super Hornet jet aircraft from Boeing. The U.S. aviation giant is contracted to deliver a total of 78 of the upgraded aircraft to the Navy. The Block III will provide the navy with a more advanced, networked and survivable F/A-18 that can address future threats.

“The fleet needs capabilities to keep its edge,” said Capt. Jason ‘Stuf’ Denney, U.S. Navy F/A-18 and EA-18G program manager. “Getting the first operational Block III in our hands is a great step forward in supporting our capability and readiness goals.”

According to Boeing, the Block III’s new adjunct processor translates to a fighter that will do more work and in far less time, increasing a pilot’s situational awareness. The combat aircraft are also ready to receive apps-based solutions that will allow upgrades to the aircraft throughout its life span, addressing today’s as well as tomorrow’s threats. This will include a network that will link all the sensors from aircraft and ships in the battlespace and provide pilots with a better operational picture – allowing for smarter target decisions.

The new processor on the Block III has a reported 17 times the computing power of the previous mission computer. The new, open-design processor will be upgradable to address future capabilities.

“We invested in Block III technology and developed the capabilities in partnership with the U.S. Navy to meet its emerging requirements,” said Jen Tebo, Boeing vice president of F/A-18 and EA-18G programs. “The hardware upgrades are complete. Today we are maximizing the open hardware and software and developing the apps to keep Block III ahead of future threats. We are giving Navy pilots the tools to make the fastest and most informed decisions possible now and in the future.”

As previously reported, the new Block III Super Hornet promises to be as significant a jump in capability as the earlier transition from the Block I Hornet to Block II Super Hornet in the early 2000s. As a result, the new F/A-18 Super Hornet (called the Super ‘Duper’ Hornet by some) will join the Air Force’s new F-15EX Eagle II in serving as among the world’s most advanced non-stealth fighters in operation today, but well into the next decade.

Boeing will continue to deliver Block III capabilities to the Navy through the mid-2030s from three lines. One new build production, and two Service Life Modification lines extending the life and eventually upgrading Block II Super Hornets to Block III. The first aircraft delivered will complete the U.S. Navy flight test program before deploying to a squadron.

The Block III jets are built for 10,000 flight hours compared to the 6,000 flight hours of previous jets. Additionally, the aircraft have been made stealthier and more survivable with additional treatments to reduce their radar cross section. The aircraft can carry shoulder mounted conformal fuel tanks, and can carry 3,500 pounds of additional fuel while reducing drag. This allows the aircraft to operate longer, fly faster and/or carry additional eight.

Boeing received the $4 billion U.S. Navy contract in March 2020 for the procurement of 78 F/A-18 Block III Super Hornet strike fighters including 61 single-seat E and 17 two-seat F, delivered through 2024. The Block III conducted its first flight in May 2020.