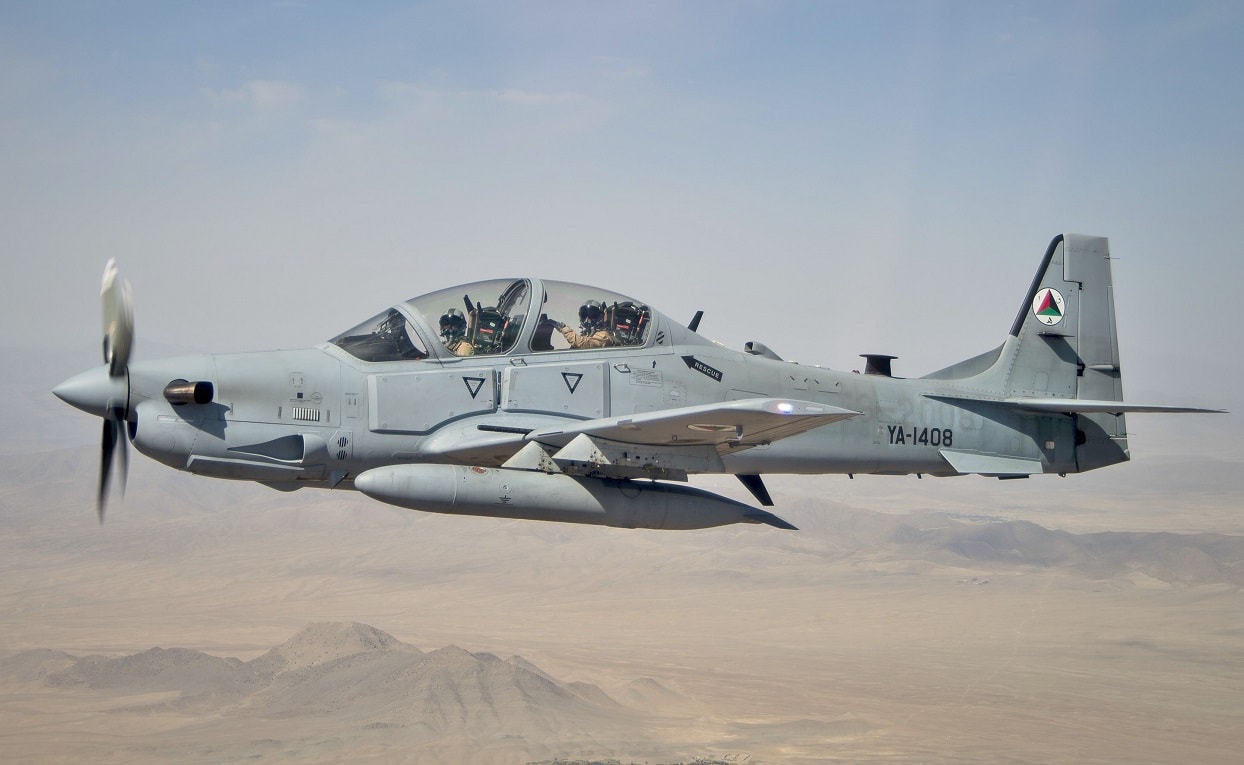 When the United States military pulled out of Afghanistan in August, it left behind vast quantities of military hardware including aircraft. Taliban fighters proudly posed in photos with U.S.-made Black Hawk and MD-530 helicopters and A-29 attack planes that had been supplied to the Afghan Air Force (AAF). It was part of the $8 billion that the United States spent rebuilding the country’s military since 2008.

Soon after the collapse of the Afghan government and capture of Kabul by the insurgent forces, headlines around the world proclaimed that the Taliban suddenly had an air force.

The reporting was wrong however, for a couple of reasons.

First, many of the aircraft left behind by U.S. forces were disabled, and without a supply of parts those aircraft will never fly again. Yet, more importantly, the Taliban did operate a small air force while it first ruled the Central Asia Country as the Islamic Emirate of Afghanistan from September 1996 when it was took power during the Afghan Civil War, until it was overthrown by the North Alliance in December 2001 following the U.S.-led invasion of the country that began two months prior.

During its initial rule, the Taliban had a significant military force. It was reported to have maintained some 400 Soviet-built T-54/T-55 and T-62 tanks, as well as more than 200 armored personnel carriers (APCs). But to the point of the air force, under the Taliban, the Afghan forces had a fleet of five MiG-21 and 10 Sukhoi-22 fighter bombers, as well as six Mil-Mi 8 and five Mil Mi-24 helicopters, plus various transport aircraft. Most – if not all – of those aircraft were destroyed by U.S. forces during the U.S. invasion.

Yet, it is an important distinction to note. While true that the Taliban were reduced to an insurgent force without air support for some 20 years, it had past experience with aircraft. Thus, it would be more proper to suggest that the Taliban once again has an air force, even if it is in a very sorry state.

It is also reportedly looking to rebuild that force. The Times of Islamabad cited a short documentary made by Al Jazeera that highlighted how Taliban leaders have recruited a team of engineers, aviation and experts and even technicians to refurbish much of the equipment that was left behind.

The documentary, which was posted to YouTube by the Middle Eastern news organization, showed the damage to the aircraft as well as the efforts to refurbish it. It quoted Captain Shuja Mohammad, an aviation engineer, who said multiple teams have been working to repair the foreign-made aircraft, while the video also suggested that Afghanistan could soon have an air force that is comparable in size and abilities to some other central Asian states.

The biggest issue is that the Taliban won’t have access to parts to keep the aircraft flying, yet it is notable that it will once again be able to provide air support for its operations against rival forces. It will likely take a cue from Iran and learn how to maintain, and even copy what it currently possesses. The Islamic Republic’s Air Force may be outdated but even with little outside support it maintains it as a fighting force, and now the same could hold true for the Islamic Emirate of Afghanistan as well.