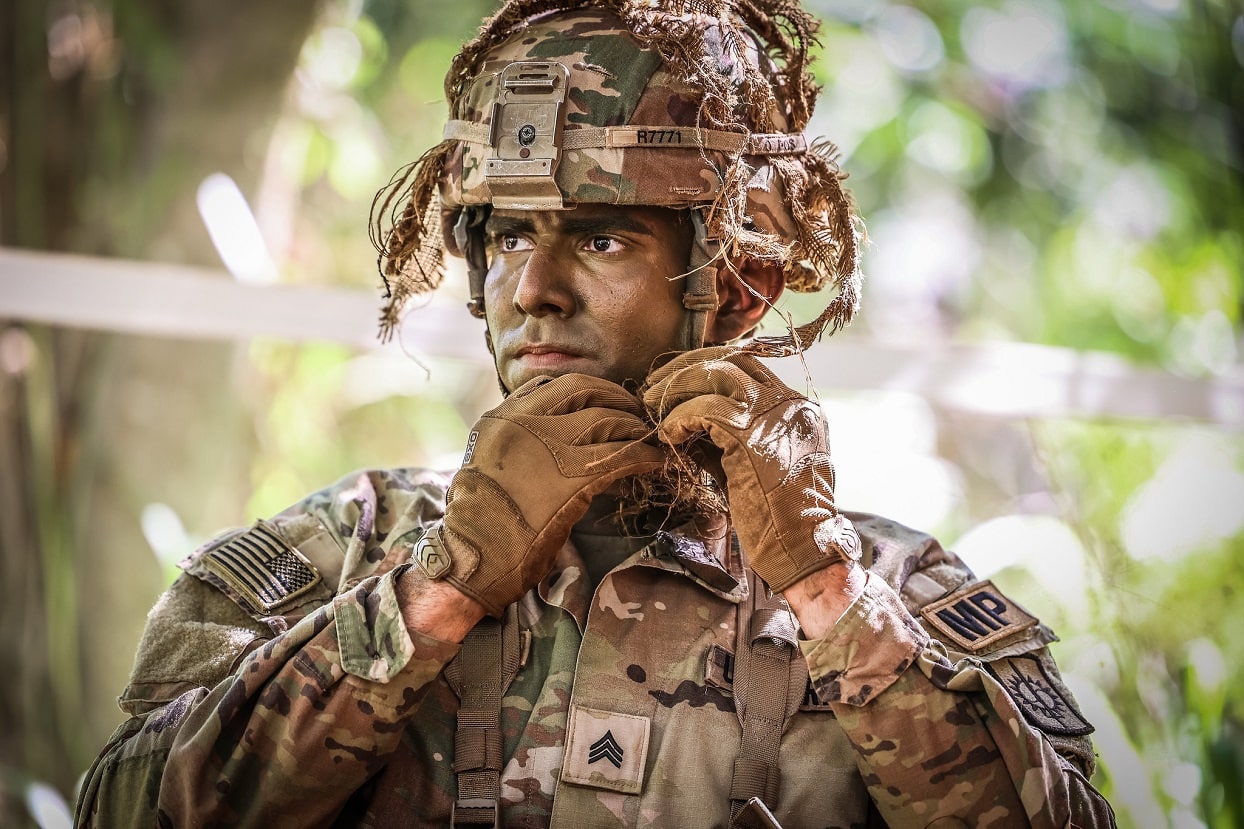 Soldiers from across the 25th Infantry Division and U.S. Army Hawaii test their proficiency in basic infantry and Soldier tasks in the hopes of earning the Expert Infantryman Badge or the Expert Soldier Badge.

Just recently, the Senate Armed Services Committee received testimony from Secretary of Defense Austin and Chairman Milley about the disaster in Afghanistan and the latter’s statement for the record characterized the withdrawal as “a 10-year multi-administration drawdown.” The American force in Afghanistan did indeed peak in 2011 and then declined to just over 10,000 in February 2020, when the United States and Taliban signed the Doha Agreement. Milley’s characterization, however, obscures the drawdown that never occurred.

A Look at the Facts

However, the subsequent decline in force levels and dollars was hardly commensurate.

In FY2011, the $114 billion amount translated into a ratio of $1.16 million for every servicemember.

By the time the United States reduced the number of troops to 8,000 in FY2017, spending had declined to $46 billion; however, this level of funding increased the ratio of dollars to servicemember to $5.75 million.

The flow of American forces to Afghanistan may have slowed, but the flow of taxpayer dollars became a torrent.

Is it better to expend a dollar than to send a servicemember? Yes, but Congressional overseers had a responsibility to exercise judicious oversight of executive branch expenditures. More bluntly, taxpayers expect Congress to deny DOD leadership when they submit unjustified requests for billions of taxpayer dollars.

The Costs of War

Amid the past month’s recriminations, American citizens have been introduced to and have learned a great deal about the Special Inspector General for Afghanistan Reconstruction (SIGAR) and its unsparing investigations into the cost of the war.

SIGAR’s last quarterly report in July 2021 estimated the cost of the war since FY2002 at $837 billion and its August 2021 Lessons Learned report asserted that “harmful spending patterns [were] established” early on.

When the United States immediately encountered the difficulties of nation-building in one of the most undeveloped countries in the world, the government began prioritizing projects where money could be spent quickly. When the spending overwhelmed the local government’s limited capacity to manage it, corruption — “not just a problem for the system of governance in Afghanistan [but] the system of governance” — exploded. Instead of making anti-corruption efforts a priority and cultivating good governance, the United States instead turned to contractors. The scope and scale of contracting, however, overwhelmed DOD existing contract management resources.

American leadership then recognized the shortcoming of spending money in short bursts and shifted to longer-term spending projects paired with a rapid expansion of local Afghan forces; fifteen years later, this multi-year investment would result in a fighting force that couldn’t fight.

And these missteps preceded the surge.

A ‘Flood of Cash’

SIGAR characterized the expansion of resources leading up to the aforementioned 2011 surge as a “flood of cash” that ignored the absorptive capacity principle of international aid. Absorptive capacity is the amount of assistance a country can receive before it causes “significant economic, social, and political disruptions and becomes counterproductive.” The notional level is 45 percent of the recipient country’s GDP. American aid began exceeding that level in 2004 for the next ten years and it topped 100 percent twice, in 2007 and 2010.

Despite these damning reports from the entity it had created to serve as its overseer, Congress rarely questioned funding levels.

When the Democratic Party won control of Congress in 2006, it was unrelenting in its criticism of the Republican administration’s management of the war in Iraq, but refrained from using its power of the purse to bring the war to a close.

When the fiscally conservative Tea Party fueled the Republican takeover over of Congress between 2010 and 2014, it castigated the Democratic administration’s surge strategy in harsh terms, but also declined to drastically reduce spending even more, much less end the war it deemed pointless.

When the 300,000 strong Afghan National Self Defense Force, the recipient of American training and modern equipment over a period of twenty years, succumbed to a ragtag militia of 75,000 fighters in the space of roughly ten days, Congress did not return the approximately $6 billion that had been set aside for Afghan military training but instead opted to redistribute to other programs in the department’s budget.

More astonishingly, three weeks after the catastrophic collapse of Kabul demonstrated the bankruptcy of the prevailing civilian and military leadership at DOD, Congress increased next year’s defense budget to an all-time high of $768 billion, an amount higher than the administration had originally requested.

What Should Happen Now?

Entrusting Secretary of Defense Lloyd Austin and Chairman Milley with the largest defense budget in history after a debacle worse than Saigon, Desert One, Mogadishu, and Benghazi combined is insanity.

If sanity were to prevail, Austin would be replaced by John F. Sopko, the current Special Inspector General for Afghanistan Reconstruction.

Unfortunately, even illusory drawdowns can be very rewarding. If one had purchased $10,000 of stock evenly divided among America’s top five defense contractors on September 18, 2001, and faithfully reinvested all the dividends, it would now be worth $97,295. This return would dwarf the return for the same amount in an S&P 500 index fund — $61,613.

One non-governmental estimate puts the ultimate total cost, inclusive of veteran care and related, at $2.26 trillion. Unfortunately, even this multi-trillion dollar figure might be a significant underestimate.

After hundreds of thousands of soldiers’ deployments to the conflict, the last veteran has yet to serve. According to the Pentagon, the president and secretary of defense will use the original 2001 war authorization as the legal basis for conducting future “over the horizon” strikes in Afghanistan.

One Washington Post reporter recently tweeted that the last recipient of a Civil War pension had died in 2020; she had been eligible because her father had served in the Union Army. If the equivalent eligibility is applied to Afghanistan veterans, the last payment to a living member of their family would occur in the year 2176.

The dollar drawdown may never occur.