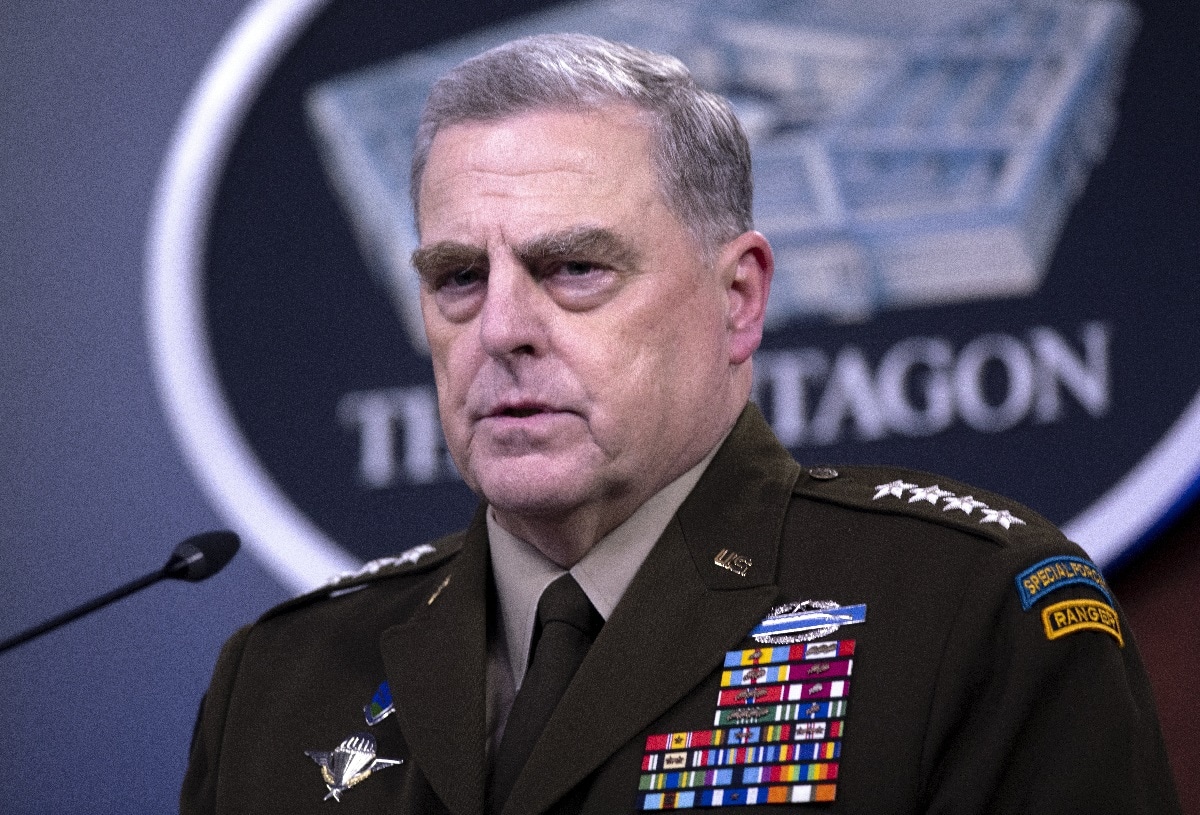 The Washington Post published a bombshell report on Tuesday that claims the Chairman of the Joint Chiefs of Staff, Gen. Mark A. Milley, took it upon himself to reach out to our greatest potential rival, China, and offer to give them advance warning of U.S. military action directed against them. Though far from the only violation of Milley’s oath of office revealed in the article, that is enough to warrant the president immediately relieving Milley of duty.

The Post article provided excerpts ahead of the release of the upcoming book “Peril” by Bob Woodard and Robert Costa chronicling the final act of the Trump presidency and the first six months of the Biden Administration. The most explosive revelation from the excerpt was the claim that Milley bypassed the White House and took it on his own to engage with the commanding general of the Chinese military.

According to Woodward and Costa, Milley feared China might believe Trump would order the United States to attack. Instead of voicing concerns to the President, instead recommending actions that might assuage Beijing of such fears, Milley took matters into his own hands.

He called – without the knowledge of the president or Secretary of State – the commanding general of the Chinese People’s Liberation Army. According to Woodward and Costa, Milley told his counterpart, “General Li, you and I have known each other for now five years. If we’re going to attack, I’m going to call you ahead of time. It’s not going to be a surprise.”

For those who don’t like Trump thought his policy judgment was flawed, Milley could come across as a hero, as one who protected the country from an awful fate. That would be shortsighted, however, and miss the true danger of allowing generals to take such powers upon themselves. First, to the point itself, there is no evidence presented that Trump intended, much less took action to engage in a war with China, only that Milley was afraid he might. Thus, the Chairman took action by talking to our chief adversary for something that would never have happened.

Secondly, once a precedent has been set whereby a general or senior ranking official can get away with going rogue in defiance of a president, there is no going back – and would not be limited to one political party. Take a scenario related to the issue of Taiwan, for example.

Within the U.S. military and foreign policy establishment, there are roughly two schools of thought on the possibility that China might make good on its threat to unify the island by force. One is that Washington should actually give security guarantees to Taipei and defend them at all costs if China attacks. The other argues that fighting China over Taiwan is foolish, that the U.S. likely couldn’t win a war near China’s borders, and that in a worst-case scenario, the war could turn nuclear, killing millions of Americans. If Beijing does the unthinkable and does attack, Biden would be faced with a horrible dilemma.

Make good on the implied commitment to defend Taiwan and risk a nuclear war, or allow China to successfully take Taiwan, giving some the impression of American weakness. Whichever choice Biden made, he would be guaranteed to have fierce opponents at the highest levels of the Pentagon to his decision.

Woodward and Costa claim that Milley took action because it was “a good-faith precaution,” to ensure there was, “no accidental war with China or others, and no use of nuclear weapons.” If Biden chose to go to war with China over Taiwan, what is to prevent Milley – or any of the other high-ranking generals who have the same strongly-held views – from again acting on his “good faith” belief that he has to prevent war with China and actively subverts the president’s decision? Chillingly, even that might not be the worst outcome.

The idea of a military coup in America has always been considered so improbable that few would ever take the threat seriously. But acts like these Milley has taken move us dangerously close to a place where some officers in the future might consider it. They would, no doubt, be acting in what they believe to be the best interests of the country, regarding the decisions of a civilian president as representing a danger to the nation, and seize control by removing the president from power.

We fool ourselves if we don’t think that could happen in America. If we allow this continued insubordination of our top military leaders against our duly elected civilian leaders – regardless of whether we agree or strongly oppose any given policy – to succeed, we run the risk of paralyzing our government in a moment of crisis or one day suffering a coup. To forestall that possibility, we need to stop this trend dead in its tracks now.

Milley must be relieved of duty. Today.