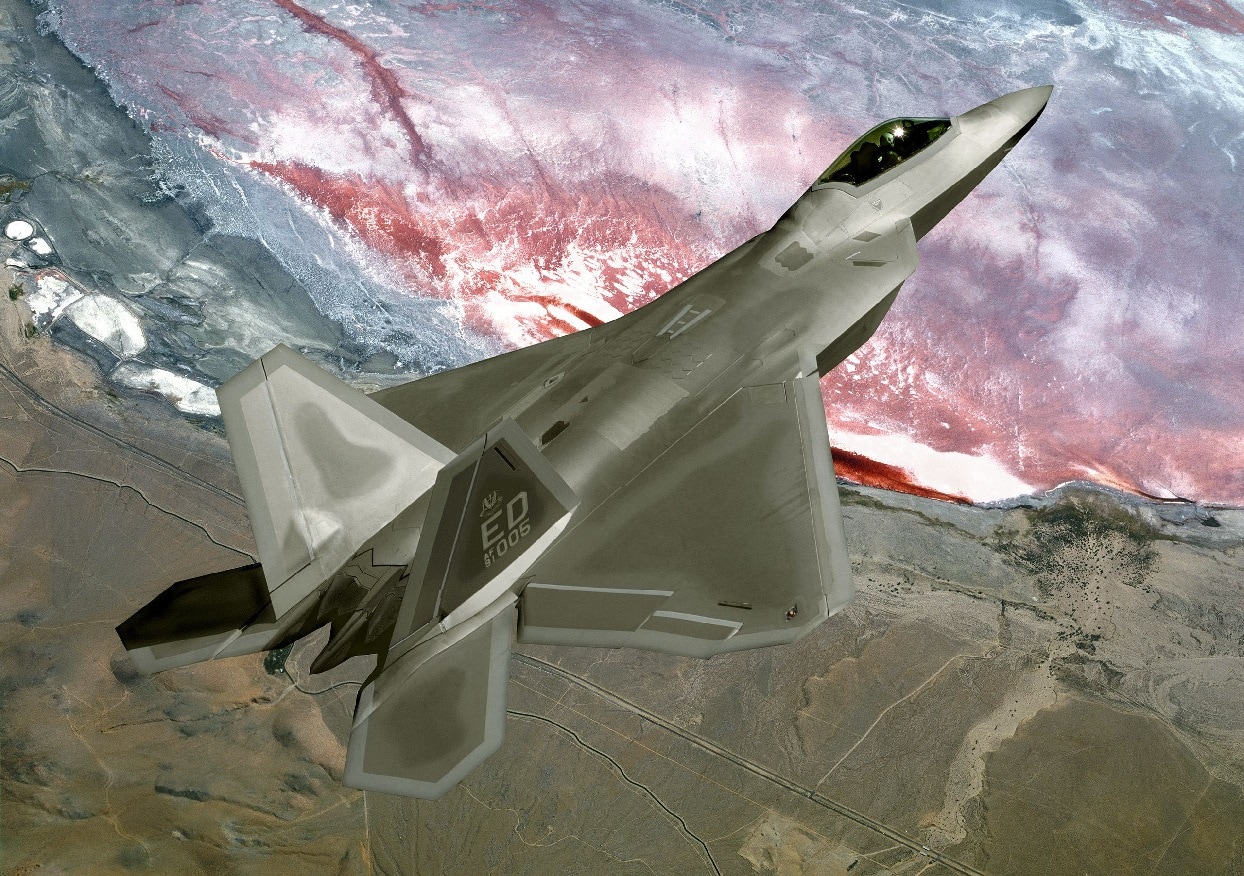 New information from the U.S. Air Force unearthed by a public records request show an alarming cascade of events that resulted in a F-22 stealth fighter crash. To make matters more serious, the training mission included additional F-22s and F-35s that almost collided when looking for the downed pilot. The Air Force kept a lid on the investigation details of the near-tragedy by citing secrecy concerns. It took a Freedom of Information Act request by a media outlet to figure out what went wrong.

The crash happened over a testing range at Eglin Air Force Base in Florida on May 15, 2020. The pilot safely ejected near a highway, but the F-22 was destroyed at a loss of over $202 million for the airplane and other damages. The pilot had a traumatic experience, and you can watch a video of the accident here.

F-22 Stealth Fighter Crash: How Did This Happen?

This crash was scary for sure. The pilot of the F-22 never really had control of the plane. He had substantial trouble upon take-off, and it got worse from there. Here is a recap of the accident:

-The airplane showed a warning light

-Another warning light revealed a problem with a data feed

-The airplane uncontrollably fell to the left and pitched downward

-The wingman reported to the pilot that engines looked fine

-At 10,000 feet, the pilot had a very difficult time keeping level

-The cockpit instruments were not showing accurate speed and altitude

-The pilot decided to eject and landed with only minor injuries

-The airplane crashed in a ball of fire

-F-22s were also flying above the scene

What Caused the Crash?

Before the documents were released, the Air Force admitted only a maintenance error that impacted control inputs. They re-iterated that maintenance was behind the crash in the newly released information. F-22s have endured other problems. Earlier this year, a pilot had to land quickly at Eglin AFB after an emergency nose gear problem.

Multiple questions remain. What exactly was the maintenance error and why is the Air Force being cagey about the accident investigation? Should F-22s have been grounded at Eglin after the crash? Were there sensor problems that caused the F-35 and F-22 to almost collide?

None of this is good news for the $74 billion F-22 program. You have to hand it to the pilot for doing all he could to get the airplane under control and deciding to eject at the right time. But what about other dangers to the pilots? In 2020, the Air Force admitted it had to correct F-22 oxygen systems because pilots were getting hypoxia symptoms. This admission took a Congressional hearing to get the Air Force to act.

Due to the combination of events, many experts could argue the F-22 does not look like it is reliable. Some could even say the Air Force rushed the F-22 into service to save money. The more wear and tear this fussy airplane undergoes, the less stealthy it becomes. It looks like it is time for another Congressional hearing to get the Air Force to admit mistakes and embark on a corrective action program for the F-22.