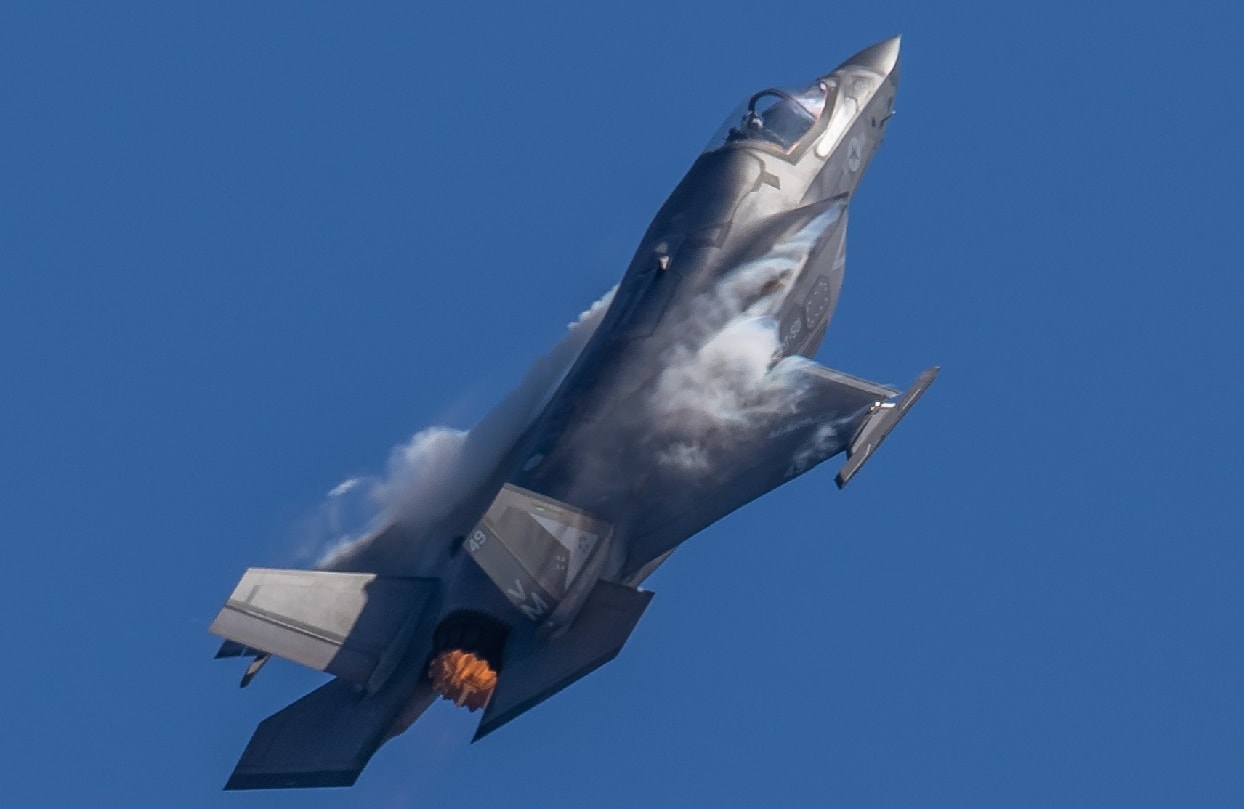 The Lockheed Martin F-35 Lightning II is the most advanced and most capable aircraft in the world to date. The fifth-generation stealth fighter remains a critical component of the defense capabilities of the United States and the free world. It has been proven in combat, and has been seen as the spear tip – able to strike deep into the heart of an enemy. The F-35 would be critical in any great power war against Russia or China, god forbid that ever happens.

However, the newest threat from the F-35 Joint Strike Fighter might not be from a Russian-built S-400 “Triumf” anti-aircraft missile defense system or even China’s recently unveiled UFH band anti-stealth radar system. Rather the biggest threat to the U.S. military’s F-35 could come from social justice warriors and environmentalists who spent the past weekend protesting a plan to base the aircraft at the Air National Guard base at Madison, Wisconsin’s Truax Field, home to the 115th Fighter Wing.

“We are mobilizing people to form a bicycle and car caravan, to raise awareness to the fact that Madison does not want to become a training site for the F-35 warplanes which are planned to come here,” Safe Skies Clean Water volunteer Timothy Cordon told NBC15.com.

Truax Field was chosen to host 18 of the advanced aircraft, with the first to begin arriving in 2023. However, the protestors don’t want the aircraft at the facility, and if it was up to them they’d like to shutter the program entirely.

“It’s a climate crisis problem, we are burning more carbon with these planes, and each plane costs us about $110.3 million,” Cordon added. “That’s money out of our pockets out of our tax dollars, that should be going to making a climate, moving us towards climate justice, rather than increasing our ability to destroy lives and destroy the planet.”

The protestors were also vocal about the noise that will come with the F-35 at Truax Field.

“I’ve been told they’ll be an average of 14 flights taking off per day, on an average day, they’ll make a ton of noise,” Cordon also noted. “The neighborhood that’s most affected by this has a larger population of people of color, and they’ve already got enough to deal with racial disparities, adding more disturbance more noise more pollution to their neighborhood is wrong.”

However, the United States Air Force released a study last year that found about 2,200 people would be exposed to a 64 decibel Day Night Average Sound Level, which is actually 10 percent lower than the 65-decibel level the Federal Aviation Administration (FAA) considers “incompatible with residential communities.”

Supporters of the program have been quick to point out the upside of the program including the jobs it will create, and in turn the economic impact on the city. The Greater Madison Chamber of Commerce has been an active supporter of the F-35s being based at Truax Field, and it cited statics that indicated that having the 115th Fighter Wing at the local base would be a $100 million boon for the local economy.

The Wisconsin National Guard has also lauded the economic benefits that the state-of-the-art fighters could bring, and suggested that could include upwards of 1,200 part-time jobs and 500 full-time jobs. The Guard also noted the region could see $100 million influx as well, adding that it will flow into the community for decades. It estimated that the cost to refit Truax for F-35′s could run between $90 and $120 million; money that will go, in part, to base and local contractors.