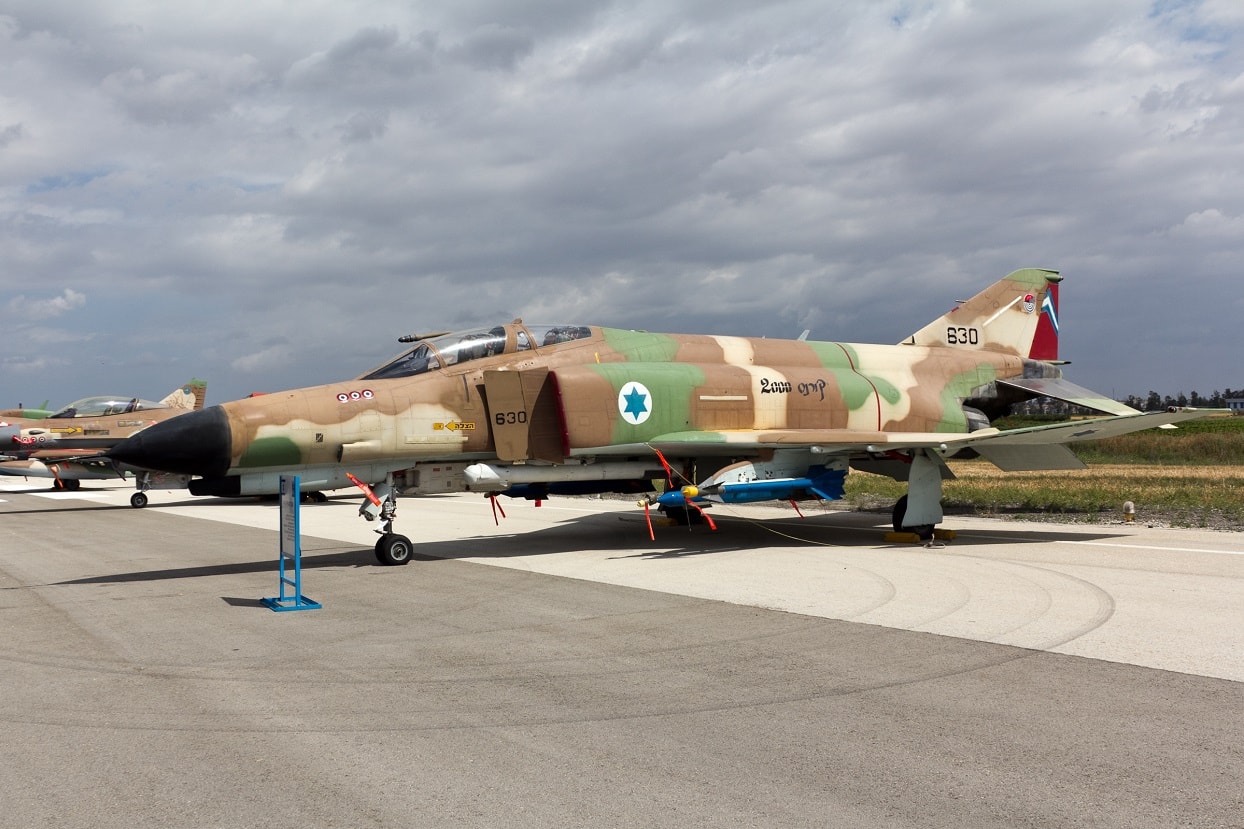 At 7:10 a.m. Israeli time, sixteen Israeli Air Force Fouga Magister training jets took off and pretended to be what they were not. Flying routine flight paths and using routine radio frequencies, they looked to Arab radar operators like the normal morning Israeli combat air patrol.

At 7:15 a.m., another 183 aircraft—almost the entire Israeli combat fleet—roared into the air. They headed west over the Mediterranean before diving low, which dropped them from Arab radar screens. This was also nothing new: for two years, Egyptian, Syrian and Jordanian radar had tracked Israeli aircraft—though never this many Israeli aircraft—taking off every morning on this same flight path, and then disappearing from their scopes before they returned to base. But that morning, instead of going home, the Israeli armada of French-made Mirage and Super Mystere jets turned south toward Egypt, flying under strict radio silence and just sixty feet above the waves.

It was June 5, 1967, and the Six-Day War was about to begin. The conflict, which would shape the Middle East as we know it today, had been simmering for months between Israel and its neighbors. Outnumbered by the combined Arab armies, and surrounded by enemies on three sides and the deep blue Mediterranean on the fourth, Israel had resolved to strike first and win quickly.

That meant controlling the skies. But the Israeli Air Force could pit only two hundred aircraft, almost all French models (the United States wouldn’t sell aircraft to the IAF until 1968), against six hundred Arab planes, including many Soviet-supplied MiG fighters. Israeli leaders also worried over Egypt’s thirty Soviet-made Tu-16 Badger bombers, each of which could drop ten tons of bombs on Israeli cities.

Thus was born Operation Moked (“Focus”), a preemptive strike aimed at destroying the Arab air forces on the ground—and one of the most brilliant aerial operations in history. The plan had been worked out and practiced for several years. IAF pilots flew repeated practice missions against mock Egyptian airfields in the Negev Desert, while Israeli intelligence collected information on Egyptian dispositions and defenses.

Would all the effort pay off? The answer would become clear minutes after the Israeli aerial armada banked over the Mediterranean and arrived over Egypt.

Jordanian radar operators, troubled by the unusual number of Israeli aircraft in the air that day, sent a coded warning to the Egyptians. But the Egyptians had changed their codes the day before without bothering to inform the Jordanians.

Not that the warning would have made a huge difference. “Rather than attacking at dawn, the IAF decided to wait for a couple of hours until 0745hrs, 0845hrs Egyptian time,” writes author Simon Dunstan. “By this time, the morning mists over the Nile Delta had dispersed and the Egyptian dawn patrols had returned to base where the pilots were now having their breakfast, while many pilots and ground crew were still making their way to work.”

Meanwhile, the commanders of the Egyptian armed forces and air force were away from their posts on an inspection tour, flying aboard a transport as the Israeli aircraft came in (scared that their own antiaircraft gunners would mistake them for Israelis and blast them out of the skies, the commanders had ordered that Egyptian air defenses not fire on any aircraft while the transport plane was in the air).

The Israeli aircraft climbed to nine thousand feet as they approached their targets: ten Egyptian airfields where the aircraft were neatly parked in rows, wingtip to wingtip. Almost totally unhindered by Egyptian interceptors and flak, the Israeli aircraft, in flights of four, made three to four passes each with bombs and cannon. First hit were the runways so planes couldn’t take off, followed by Egyptian bombers, and then other aircraft.

It was here that the Israelis deployed a secret weapon: the “concrete dibber” bombs, the first specialized anti-runway weapons. Based on a French design, the bombs were braked by parachute, and then a rocket motor slammed them into the runway, creating a crater that made it impossible for Egyptian aircraft to take off.

The first wave lasted just eighty minutes. Then there was a respite, but only for ten minutes. Then second wave came in to strike an additional fourteen airfields. The Egyptians could have been forgiven for thinking Israel had secretly managed to amass a huge air force.

The truth was that Israeli ground crews had practiced the rearming and refueling of returning aircraft in less than eight minutes, which allowed the strike aircraft of the first wave to fly in the second. After 170 minutes—just under three hours—Egypt had lost 293 of its nearly five hundred aircraft, including all of its Soviet-made Tu-16 and Il-28 bombers that had threatened Israeli cities, as well as 185 MiG fighters. The Israelis lost nineteen aircraft, mostly to ground fire.

The day still wasn’t over for the Israeli Air Force. At 12:45 p.m. on June 5, the IAF turned its attention to the other Arab air forces. Syrian and Jordanian airfields were hit, as was the Iraqi H3 airbase. The Syrian lost two-thirds of their air force, with fifty-seven planes destroyed on the ground, while Jordan lost all of its twenty-eight aircraft. By the end of the 1967 war, the Arabs had lost 450 aircraft, compared to forty-six of Israel’s.

Six hours or so after the first IAF aircraft had soared into the morning sky, Israel had won the Six-Day War. Not that the tank crews and paratroopers on the ground wouldn’t face some hard fighting in the Sinai, the Golan and Jerusalem. But destroying the Arab air forces didn’t just mean that Israeli troops could operate without air attack; it also meant that Israeli aircraft could relentlessly bomb and strafe Arab ground troops, which turned the Egyptian retreat from Sinai into a rout.

To say that Operation Moked is unique is incorrect. On June 22, 1941, the Luftwaffe pounded Soviet airfields during Operation Barbarossa, Hitler’s surprise invasion of the Soviet Union. The Soviets may have lost almost four thousand aircraft in the first three days of the offensive—many destroyed on the ground—at a cost of less than eighty German aircraft.

But Operation Moked stands out for its meticulous preparation and split-second timing. It is a mark of respect that Israel’s air offensive has become the gold standard for preemptive air strikes to destroy an enemy air force.

Had Israel attempted this against North Vietnam in 1967, the outcome would also have been very different. For that matter, had Operation Moked failed to achieve surprise, or if the Israeli pilots had missed their targets, Israel would have gone down in history as reckless and foolish. That’s exactly what happened to the IAF six years later, in the 1973 October War.

But the gamble paid off. Yet there was nothing magical about the Israeli triumph. Careful preparation, abetted by Arab carelessness and a bit of good luck, had been rewarded.

Operation Moked changed the course of the 1967 war—and of history.