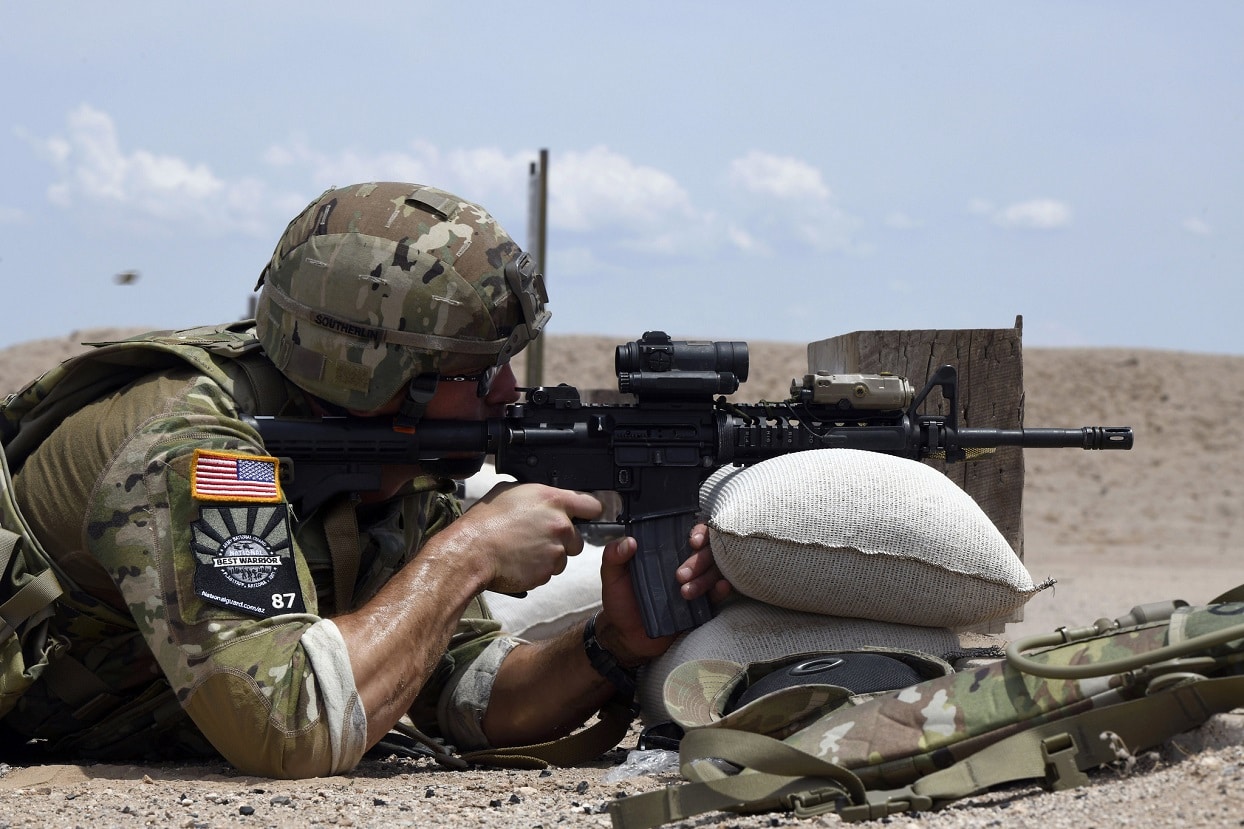 Added responsibilities are stretching the Army National Guard so much that there is a discussion about expanding the force.

The National Guard can be complicated. Sometimes it answers to the President because he is the commander-in-chief, other times it is called to duty by the governor of each state. This makes the mission requirements more complex. Numerous Guard units served abroad during the War on Terror and the Guard still has responsibilities to staff overseas missions. But now many of the obligations have shifted to the homeland. Natural disasters are always a prime mission for the National Guard, but currently, there are evolving new duties such as handling security during protests, Covid-19 relief, and the southern border crisis.

How is the Guard Deployed?

One significant deployment came because of security needs after the January 6th insurrection in Washington, DC. Congress called for more security around the capitol complex and 26,000 Guard troops were called into DC. Many states had to stop what they had planned for the Army National Guard’s readiness and training and instead were required to send these soldiers to the nation’s capital to protect President Biden’s inauguration. This incurred $521 million in added costs that were not immediately reimbursed after securing the capital. The shortfall was going to force the Army National Guard to cancel training and paychecks for the troops. Fortunately, Congress did answer the call in July of this year and voted for the $521 million to reimburse states that had Guard units pulling security duty in at the capital.

That’s not all. Army National Guard units were also deployed at various times to assist with Covid-19 relief. They manned testing and vaccination stations, in addition to serving at food banks to help people who lost their jobs during the pandemic. Some Guard soldiers in southwestern states also served at the border to support U.S. Customs and Border Protection and U.S. Immigration and Customs Enforcement. There were also hurricanes, flooding, and wildfires in certain states. In addition, governors called out the Guard in some states to cities that had riots after the death of George Floyd who died at the hands of a police officer in Minnesota in May of 2020.

Was 2020 an Outlier Or a Sign that the Army National Guard Needs to Add More Troops?

So, the problem appears to be proper funding rather than more troops. There must be sufficient funding for current training, readiness, ammunition, food, supplies, and maintenance. However, several members of Congress from Texas, California, and Florida called for more Guard personnel in a letter to Secretary of Defense Lloyd Austin earlier this year. This decision will be up to Congress in the annual National Defense Authorization Act. The Army National Guard must articulate what it wants – dependable and predictable funding for the troops they already have – or communicating the needs for more soldiers. Either way, they will have to compete with the Active-Duty Army for scarce dollars and resources.