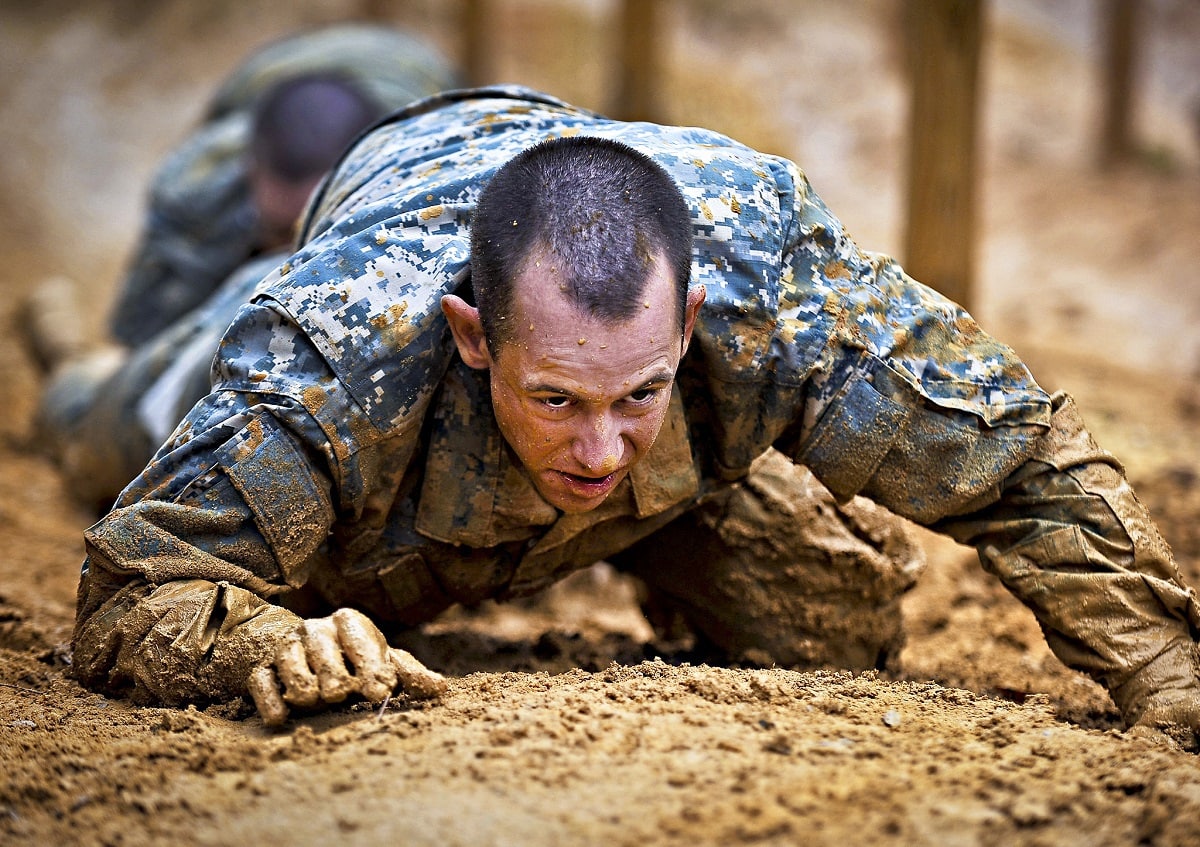 U.S. Army Soldiers from the One Station Unit Training (OSUT) low crawl while negotiating an obstacle course during their first week of Basic Training in Ft. Benning, Ga. March 9, 2012. OSUT is a training program in which recruits remain with the same unit for both Basic Combat Training (BCT) and Advanced Individual Training (AIT). (U.S. Army photo by Staff Sgt. Teddy Wade/ Released).

It’s ten weeks of heaven for some of the drill sergeants, or ten weeks of something a lot worse for the rest of the recruits. U.S. Army Basic Combat Training is everything you’d expect from a military boot camp – a lot of blood, sweat, and tears during the intense training. But you do get paid for your trouble – a whole $3,800 plus room and board. The most difficult aspect is probably the isolation from your civilian friends and family.

After you sign your enlistment contract and get sworn in at a military intake facility, you get a ship date, and then you’re going to either Fort Benning-Georgia, Fort Jackson-South Carolina, Fort Leonard Wood-Missouri, Fort Sill-Oklahoma, or Fort Knox-Kentucky.

Get Ready for the Toughest Lock-down Outside of Jail

I went through Army Basic Training in 1999 at Fort Knox and you are locked down there like a bar of gold. But certainly not treated like gold. I got the famous buzz-cut hairdo from a bored barber and then I didn’t see any more civilians the rest of the cycle, except the workers at the chow hall. The most difficult part for me was Day 1. This is called “pick up day” and it is the first time you are introduced to drill sergeants. They came out of the sun, ran down a hill with their smokey the bear hats and sunglasses, and unleashed verbal terror on many of the recruits. It was extremely stressful. They often pick a “project private” to harass and I got picked on early as a project. It’s better to blend in as much as possible, but I stuck out due to some early incompetence. Drill sergeants are not supposed to curse, but at Fort Knox, there was definitely colorful language. Some of the verbosity is downright humorous, but don’t laugh, or you get singled out even more.

You are expected to memorize and recite the general orders, plus other important creeds for new soldiers. The toughest part of this first three-week phase is the physical training with a lot less sleep than you are used to. Be ready to get down in the push-up position (the front-leaning rest) and stay there for long periods. The physical training prepares you to excel at the Army Combat Fitness Test. This used to be comprised of only pushups, sit-ups, and a two-mile run. However, the Army changed it to become more realistic and to measure the strength and agility you need in combat. So now trainees still do sit-ups and a two-mile run, but they also do dead-lifts, sprints and carries, power throws, and leg tucks.

Platoon Guides Get the Most Difficult Job

The drill sergeants pick a “platoon guide” early on. This position is filled by some doomed private who is in charge of the unit when the drill sergeants leave the barracks – along with many other responsibilities. This meant I was even more in the spotlight and a subject of much attention from the drills and other trainees. I couldn’t do anything right and got blamed when things went wrong in the platoon.

Marksmanship is the Most Important Task

You will wake up at 4am. You will march and keep your wall locker clean and organized. You’ll get KP duty and clean pots and pans, maybe steal a few cookies when the drills aren’t looking, but the most important responsibility and duty is to your weapon. You will learn to assemble and disassemble your rifle and then head to the range to prove your marksmanship.

Can You Take Running on a Full Stomach?

Hopefully, you can digest the heavy and starchy food. Some recruits are not used to eating three meals a day and then running after chow, so expect some stomach aches and heartburn. You’ll also become familiar with navigating those obstacle courses that you’ve seen in movies.

Phase Three is called the warrior phase. The fun part is more weapons training – grenades, maybe a machine gun or two, all culminating in a field training exercise. This is a week of camping to display what you learned. The drill sergeants finally lighten up and give what I called “fireside chats.” These are gentle discussions that teach trainees about pay, checking accounts, bills, and other life skills for being an off-duty soldier. You then end the training by taking a comprehensive test on all soldier duties.

We Thought We Were Going to War

During my time at Basic Training, the company commander did a dodgy thing. He called us into a theater and told us that we would all be deployed directly to Kosovo after we graduated because at the time the Balkans were the hot spot. This wasn’t true, but it sure made training realistic. I sure believed it and I was super excited to get a chance at going to war so soon in my career. But alas, we got our individual orders, and nobody went to Kosovo.

Graduation, as you would expect, is great. And your friends and family come to see the festivities. You feel awesome and confident. You are in excellent physical shape and ready to take on the world. Sometimes the drill sergeants will allow your loved ones to tour the barracks. This is when you are totally shocked because the drill sergeants are nice and friendly to your parents. This is sure a different side than what you experienced over the previous weeks.

Next, you will go to Advanced Individual Training (AIT). Depending on your job or Military Occupational Specialty, you will ship to AIT and that school usually takes at least another 16 weeks. If you are lucky enough to be assigned to the 82nd Airborne Division or 173rd Airborne Brigade, you may get to go through jump school at Fort Benning. 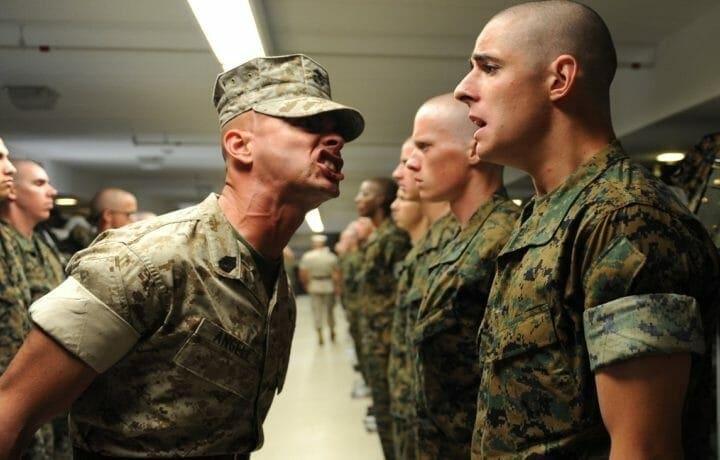 I’m glad I went through Army Basic Combat Training. It was the hardest thing I’ve ever done. Some recruits excel in the atmosphere and don’t look back. I think it was a heightened, transformative experience that I’ll never forget. And if I ever met one of my drill sergeants again, I would shake his hand and thank him.