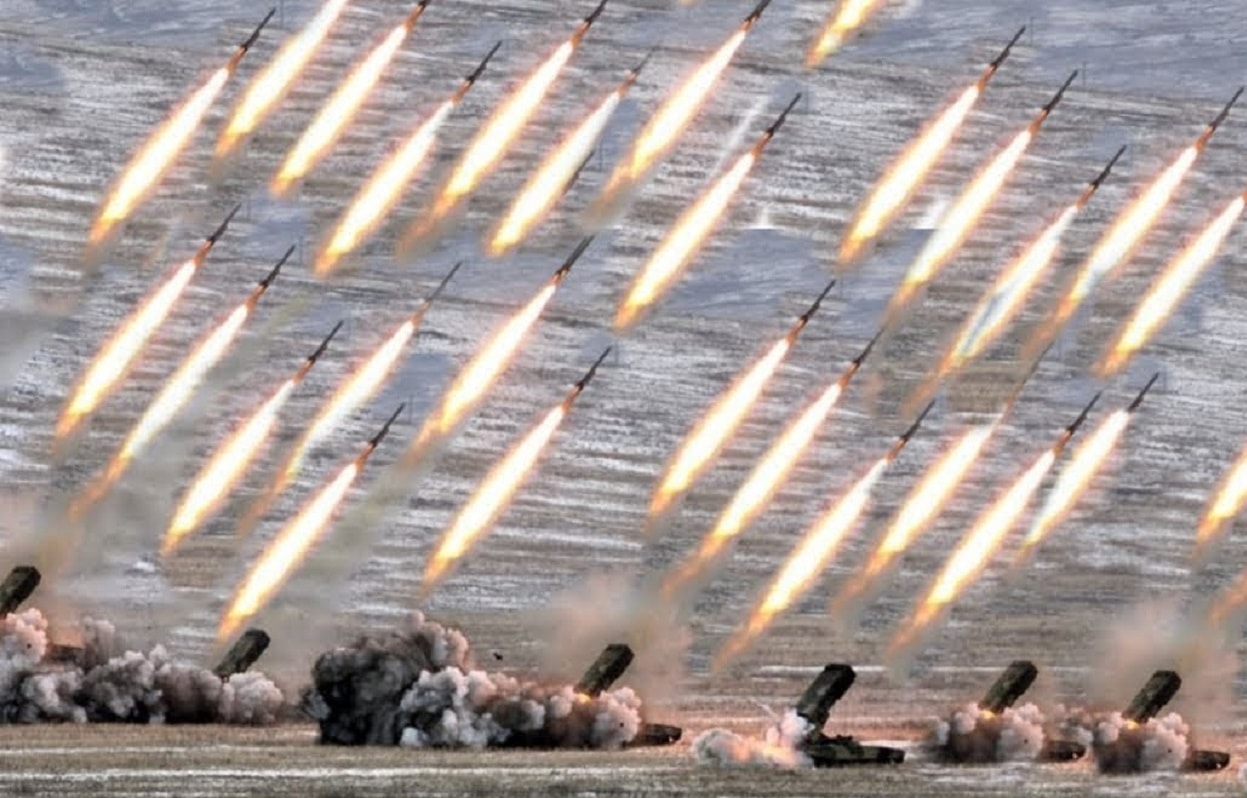 Who on earth would want to shoot rockets that create deadly, suffocating fires? The Russians that’s who.

The Russian military’s TOS-1 multiple launch rocket system does not just shoot high-explosive warheads, the rockets are incendiary – causing ghastly fires that maim and kill like napalm. The TOS-1 is often referred to as a “flamethrower,” and some question if it should be outlawed. But it’s not just the Russians – several countries are buying them.

Flamethrower rockets from the TOS-1 Buratino can light up territory roughly the size of two football fields. This results in fires that can burn and suffocate anyone who stands in its path. The rocket launchers sit on a T-72 tank chassis. There are 24 220mm rockets in 24 tubes. The rockets weigh around 400 pounds with incendiary or thermobaric warheads. Thermobaric, also called vacuum or fuel-aired explosives, means that the TOS-1 rockets release a chemical cloud that enflames the air underneath it and sucks the life out of anyone in the impact zone.

Russian army drones help identify targets for the TOS-1 Buratino. Thankfully it has shorter ranges than other multiple-launch rockets systems – at about 3,500 meters to 6,000 meters depending on the age of the variant. A full salvo can be launched in 12 seconds.

The TOS-1 Is Being Sold Around the World

This year Saudi Arabia bought some TOS-1 systems as part of a $3 billion arms shipment. It has also showed up with separatist fighters in the conflict in Ukraine. The Kremlin denies that it gave a TOS-1 to the rebels. The Russians primarily started using the modern version in 2001 – an older precursor vehicle was used by the Soviets in Afghanistan. It has been sent to Armenia, Azerbaijan, Iraq, and Kazakhstan, so it is proliferating in a dangerous manner. Iraq has used it against ISIS while Syria has deployed it against rebels during the civil war.

The TOS-1 is utilized for clearing out and burning up troops in emplacements such as bunkers, buildings, and trenches. It can also light up armored personnel carriers. The three-man crew is tucked inside the launcher for better force protection. The TOS-1 is deployed with other tanks and armored personnel in accordance with Russian armored warfare doctrine. 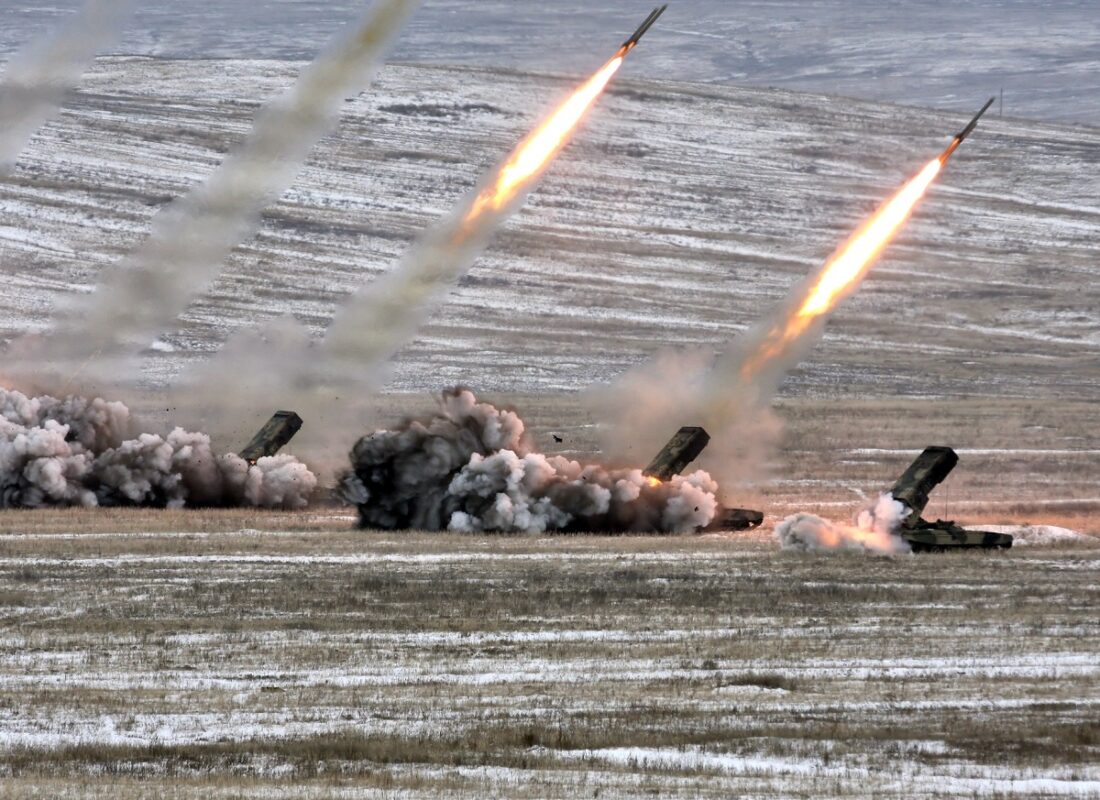 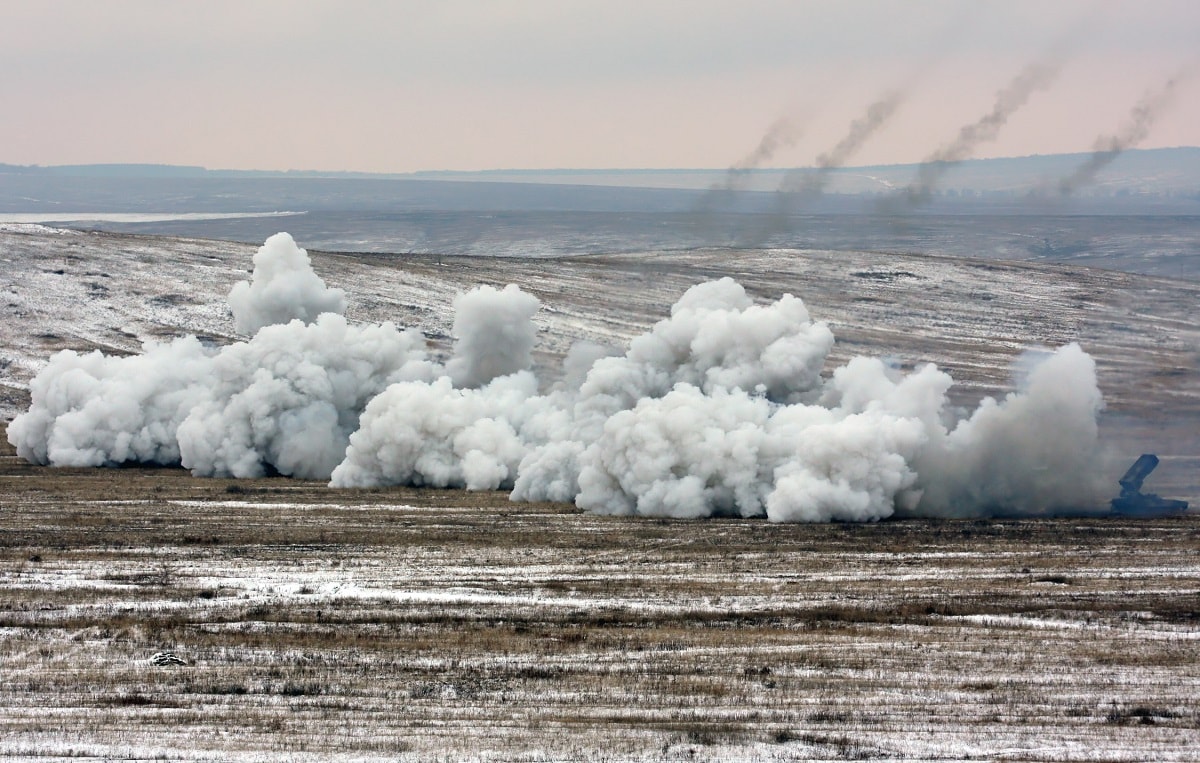 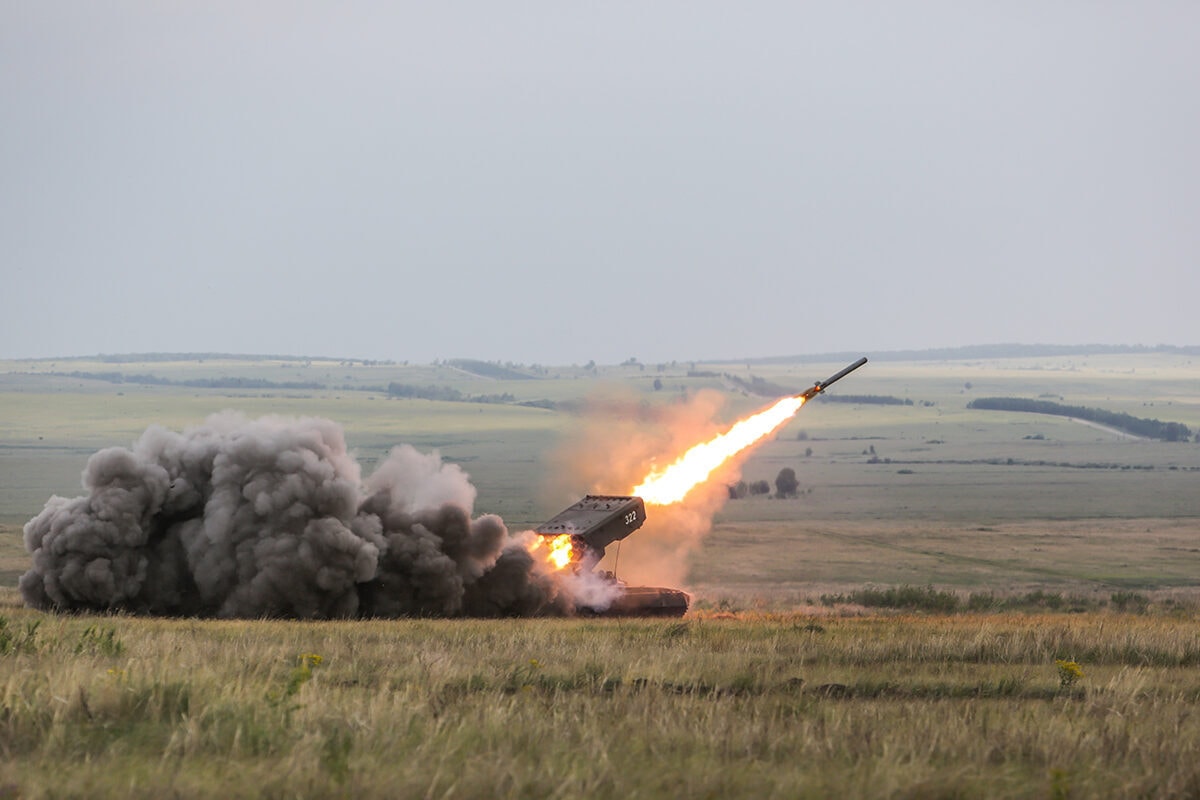 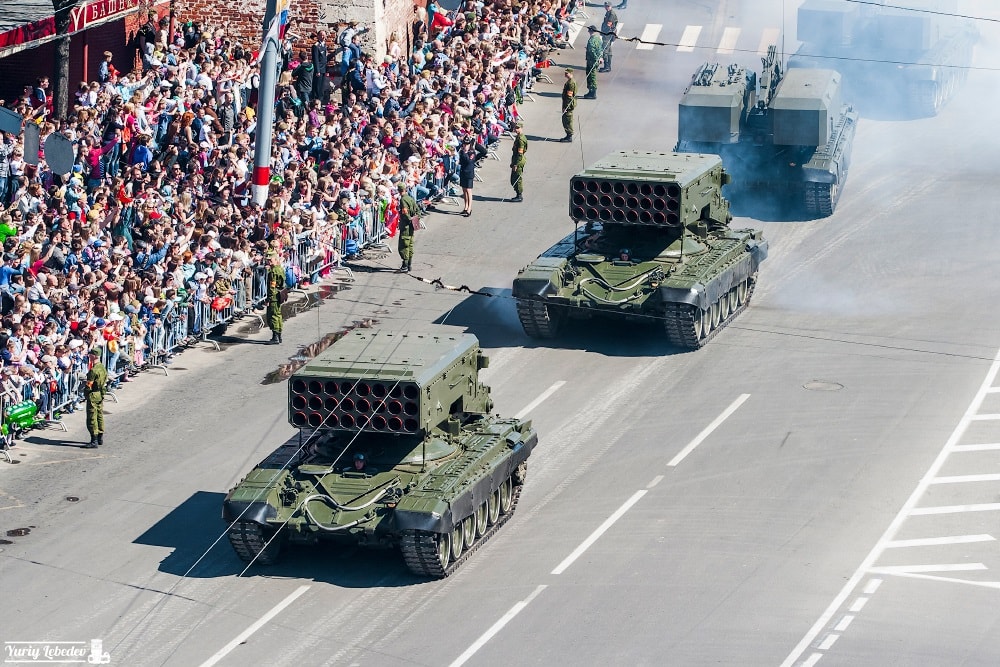 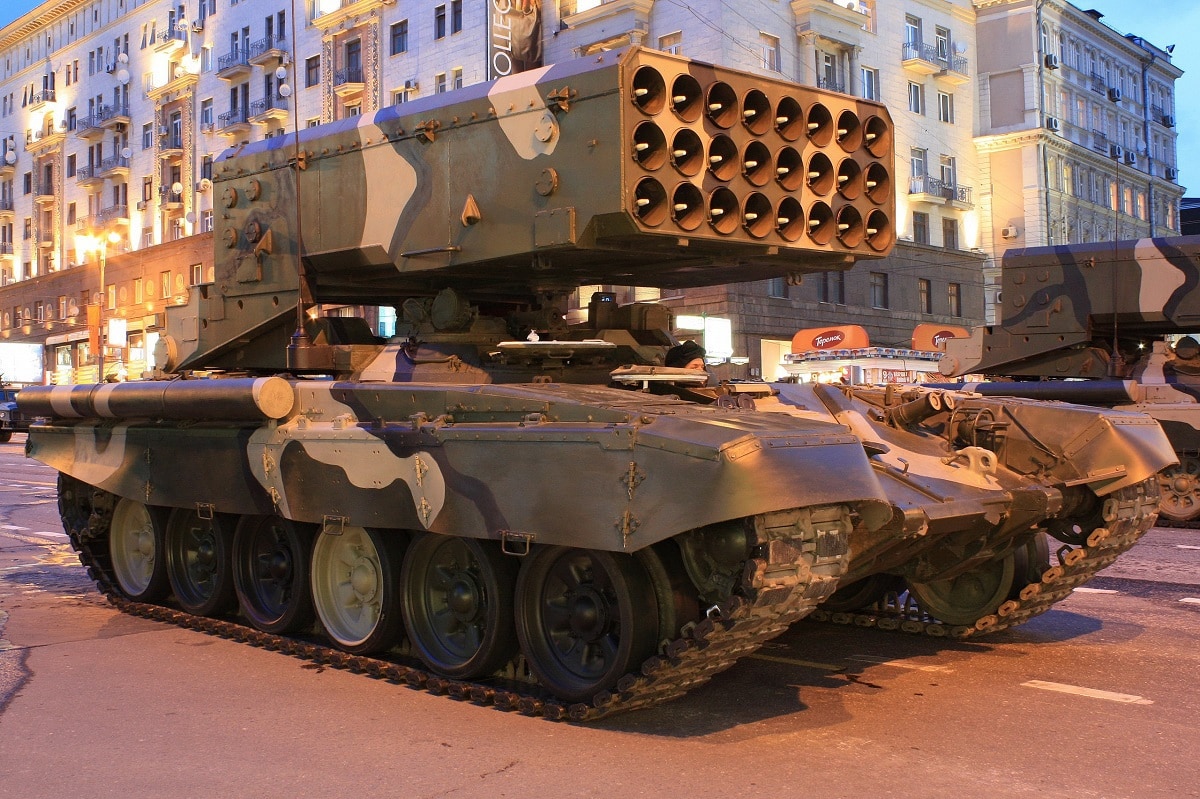 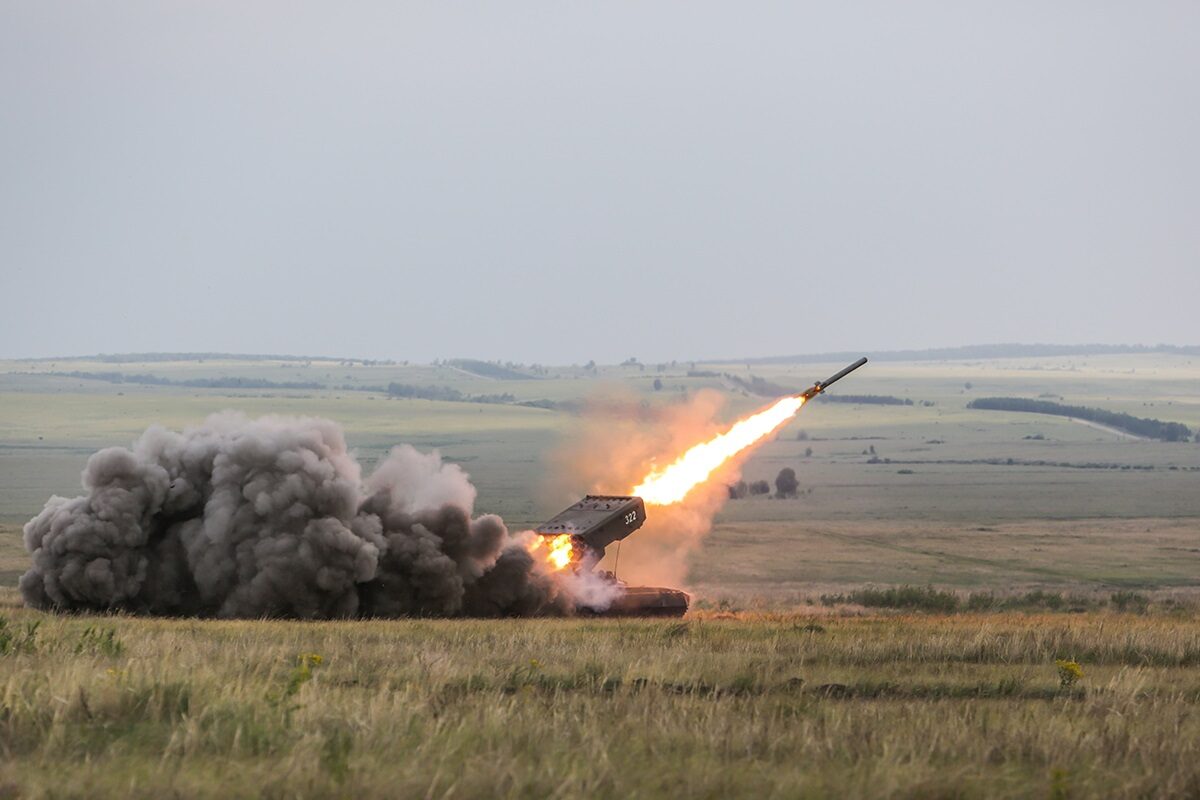 This flame-throwing platform is troubling. It can suffocate and then burn people beyond recognition. This system should be the number one target of NATO air forces. They should destroy it first and remove it from the battlefield during a potential conflict with the Russians. It should also be banned by the international community, but it has spread to enough countries that there may be some push back against a treaty outlawing use.