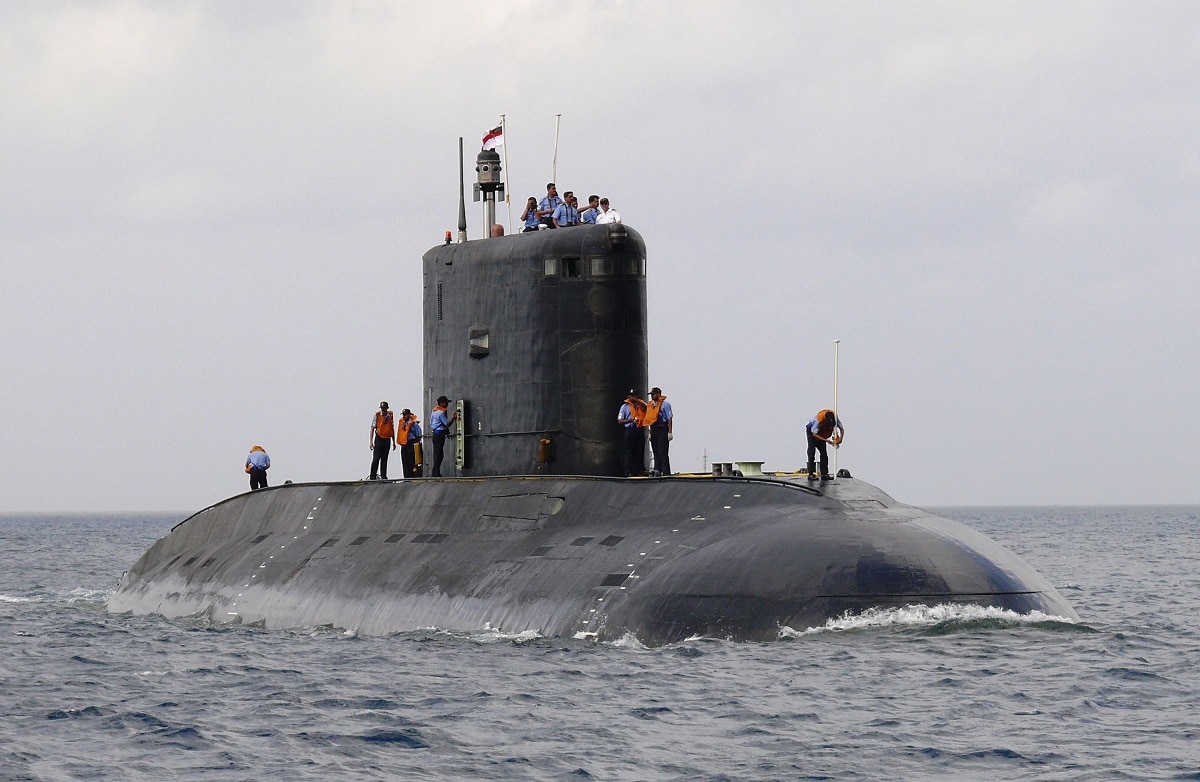 The last United States Navy combat-capable diesel-electric submarine, USS Bluejack (SS-581), was retired 31 years ago this month. Since that time, the U.S. Navy has utilized only nuclear-powered boats, but the Russian Navy has continued to rely on the conventionally-powered underwater vessels well into the 21st century, and this week the Russian Defense Ministry announced that the latest Project 636.3 Magadan diesel-electric submarine will join the Russian Navy on October 12.

The Magadan is the third submarine in the series of the upgraded Project 636 Varshavyanka class (NATO reporting name: Improved Kilo-class). She was laid down on November 1, 2019, and launched on March 26 of this year, with the submarine being 91 percent completed.

In 2016, the Russian Navy signed a contract for the construction of a total of six of the Project 636.3 submarines. The boats are being constructed at the Admiralty Shipyard in St. Petersburg.

The series of Project 636.3 underwater combatants for the Pacific Fleet comprises three ships, including the Petropavlovsk-Kamchatskiy, which was handed over to the Navy on November 25, 2019; Volkhov, delivered to the Pacific Fleet on October 24, 2020; and Magadan.

The launch of the fourth naval platform of the class for the Pacific fleet, Ufa, is scheduled for later this year. Additionally, the Admiralty Shipyard has been scheduled to lay the fifth and sixth Improved Kilos, including Mozhaysk and Yakutsk. All the six Project 636.3 submarines are set to be delivered to the Pacific Fleet through 2024.

The Project 636.3 submarines are essentially a modernized version of the Russian Kilo-class that first entered service in the early 1980s. The original boats were designed by the Rubin Central Maritime Design Bureau in St. Petersburg, Russia. Subsequent development led to improved production variants including the Type 877EKM, Project 636 and Project 636.3, and the latest version is considered to be one of the quietest diesel-electric submarines in the world.

Designed for anti-submarine warfare (ASW) and anti-surface-ship warfare (ASuW), the Project 636.3 can also be employed in general reconnaissance and patrol missions. The boats are capable of detecting an enemy submarine at a range three to four times greater than it can be detected itself.

While Russia is currently alone in operating the Project 636.3 variants, China operates two Type 636 submarines, as well as eight Project 636M versions. Vietnam also had ordered six Type 636 boats in 2009, which were delivered between 2013 and 2018, while Algeria has two Kilo-class submarines in its fleet as of January 2019.