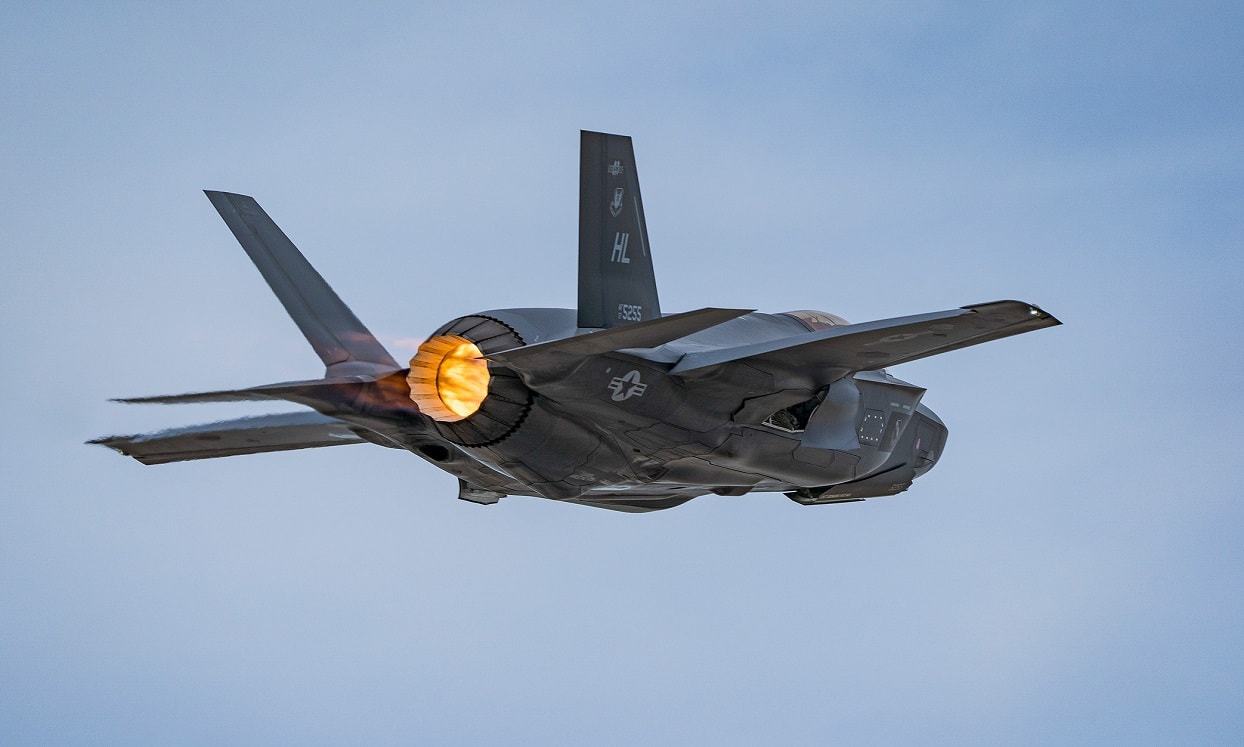 The F-35 is soon likely to be flying under one more country’s colors as a big hurdle for the sale of the stealth aircraft to the United Arab Emirates seems to have been surpassed, the State Department has indicated.

The deal is for 50 5th generation aircraft is worth approximately $23 billion.

The sale of the F-35 to the UAE was approved by the Trump administration shortly after Abu Dhabi recognized Israel following the high-profile rapprochement between Tel Aviv and several Arab states.

However, when President Biden came to office, he ordered a review of the sale before giving the green light. It now seems that the review is approaching an end but will still need Abu Dhabi’s acquiescence in certain conditions.

“We continue consulting with Emirati officials to ensure we have unmistakeable [sic], clear mutually understanding with respect to Emirati obligations and actions before, during and after delivery,” Mira Resnick, a deputy U.S. assistant secretary of state, said to Reuters.

However, the State Department hasn’t specified what obligations the UAE must meet to qualify for the sale. But it is safe to assume that they have to do with Abu Dhabi’s relationship with third countries.

One Catch: What To Do About China?

What has probably delayed the sale for so long is a set of unspecified commitments from the Pentagon about how the UAE will use and fly the F-35.

Although the Middle Eastern country already flies American-made aircraft, namely the F-16 Fighting Falcon, the UAE has ties with other countries too, including China, a strategic adversary of the U.S.

Huawei, the Chinese telecoms giant, is working in the UAE installing its 5G technology, something that has raised concerns in Washington.

The U.S. has declared Huawei a national security threat and banned the Chinese company from operating in the U.S. and American firms from using its equipment.

A Strong but Tricky Case

The Emiratis have been pushing for the sale of the aircraft, often using strong arguments in their favor.

“The F-35 package is much more than selling military hardware to a partner. Like the US, it allows the UAE to maintain a strong deterrent to aggression. In parallel with new dialogue and security cooperation, it helps to reassure regional partners. It also enables the UAE to take on more of the regional burden for collective security, freeing US assets for other global challenges, a long-time bipartisan US priority,” UAE Ambassador to the US Yousef Al Otaiba has said.

It is indeed accurate that the U.S. military would prefer to spend less time dealing with distractions and focus on its main, near-peer competitors China and Russia.

Israel is already flying the most advanced jet on the planet, and by adding UAE to the list of F-35 operators, the Pentagon would be creating a third-country deterrence against Iran’s regional aspirations.

But any concerns about overt or covert transfer of the classified technology and sensitive systems of the F-35 to China must be first resolved.