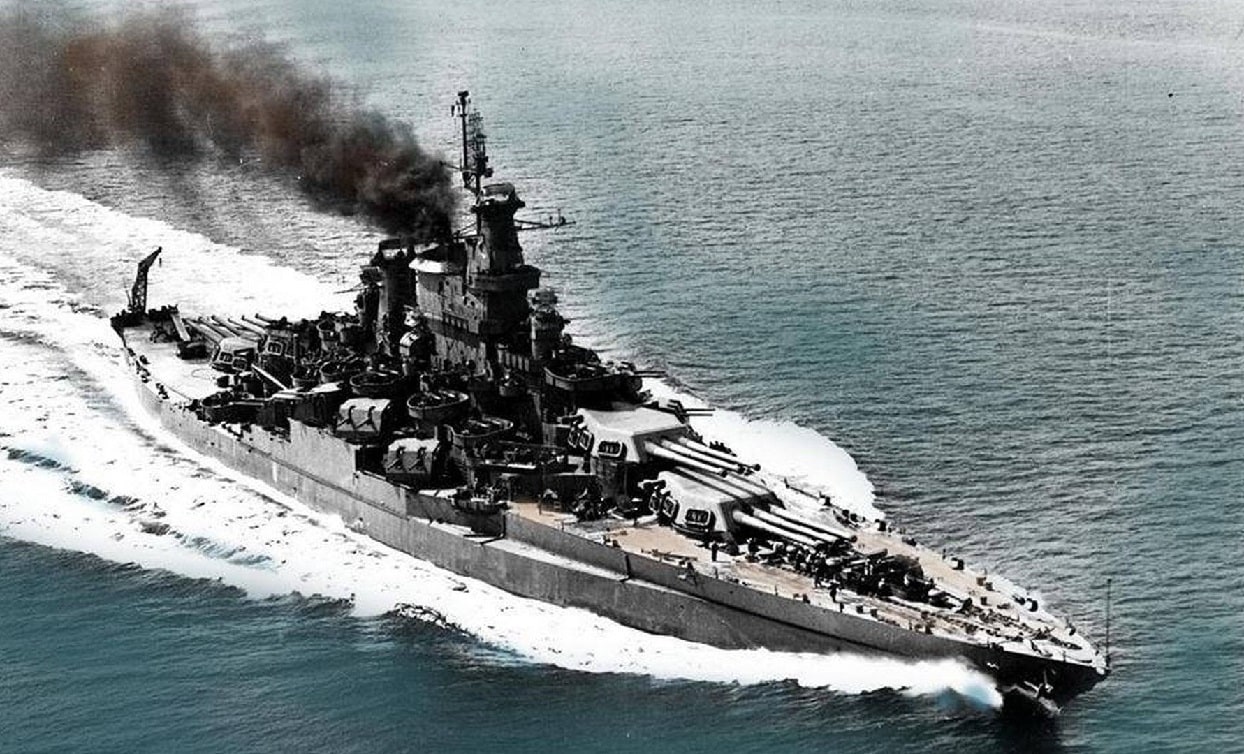 Battleship USS California, A Short History: In the history of the United States Navy, there have been 61 completed battleships as well as three canceled warships. These warships were instrumental in the U.S. victory in World War Two; yet, beginning with USS Indiana (BB-1) through USS Missouri (BB-63), only a single dreadnought battleship was actually built on the West Coast.

That was the USS California (BB-44), the second of two Tennessee-class battleships. The 32,300-ton warship was built at the Mare Island Navy Yard, California and commissioned in August 1921. Throughout the 1920s and 1930s, BB-44 actively participated in the activities of the United States Battle Fleet, and actively served as the flagship. In 1924, she was one of the U.S. Navy’s warships to conduct a major trans-Pacific cruise to Australia and New Zealand.

California was present at Pearl Harbor and was badly damaged by Japanese torpedoes during the infamous sneak attack on December 7, 1941. California had steam up and was nearly ready to get underway when a large mass of burning oil, drifting down “Battleship Row,” threatened to set the ship afire. She was ordered abandoned, and when the crew returned on board sometime later, it was impossible to control her flooding. While sunk by the torpedoes and bombs from the attack, she was salvaged and modernized – a major undertaking by the Pearl Harbor and Puget Sound Navy Yards, and she was not returned to service until January 1944.

However, she later provided gunfire support for the invasions of Saipan, Guam and Tinian from June to July 1944, and took part in the October to November Leyte Campaign, including the October 25, 1944 Battle of Surigao Strait, the last fight between opposing battleships. She later participated in the January 1945 Lingayen Gulf invasion. Damaged in a “Kamikaze” attack on January 6, she remained active for two more weeks before returning to the West Coast for repairs. California was able to return to action to take part in the final stage of the Okinawa Campaign.

She remained in service until the end of the war, and was formally decommissioned in February 1947, and after more than a decade in the Reserve Fleet was sold for scrapping in July 1959.

As noted, USS California had the distinction of actually being built in the State of California, and remains the only battleship to be constructed on the West Coast.

While the San Francisco Bay Area played a major contribution to victory during the Second World War via its more than 30 shipyards, none produced a battleship. In fact, the West Coast had only produced the pre-dreadnought battleship USS Nebraska (BB-14), a warship that had been essentially outdated and outclassed by the time of her commissioning.

Built at Mare Island Naval Shipyard (MINSY) from her keel laying in October 1916 to her commissioning in August 1921, at 32,300 long tons and 600 feet in length, she now remains the largest warship ever built anywhere on the West Coast of the United States, and along with USS Virginia (BB-13) and USS New York (BB-34), is one of just three battleships to be built in her namesake state.