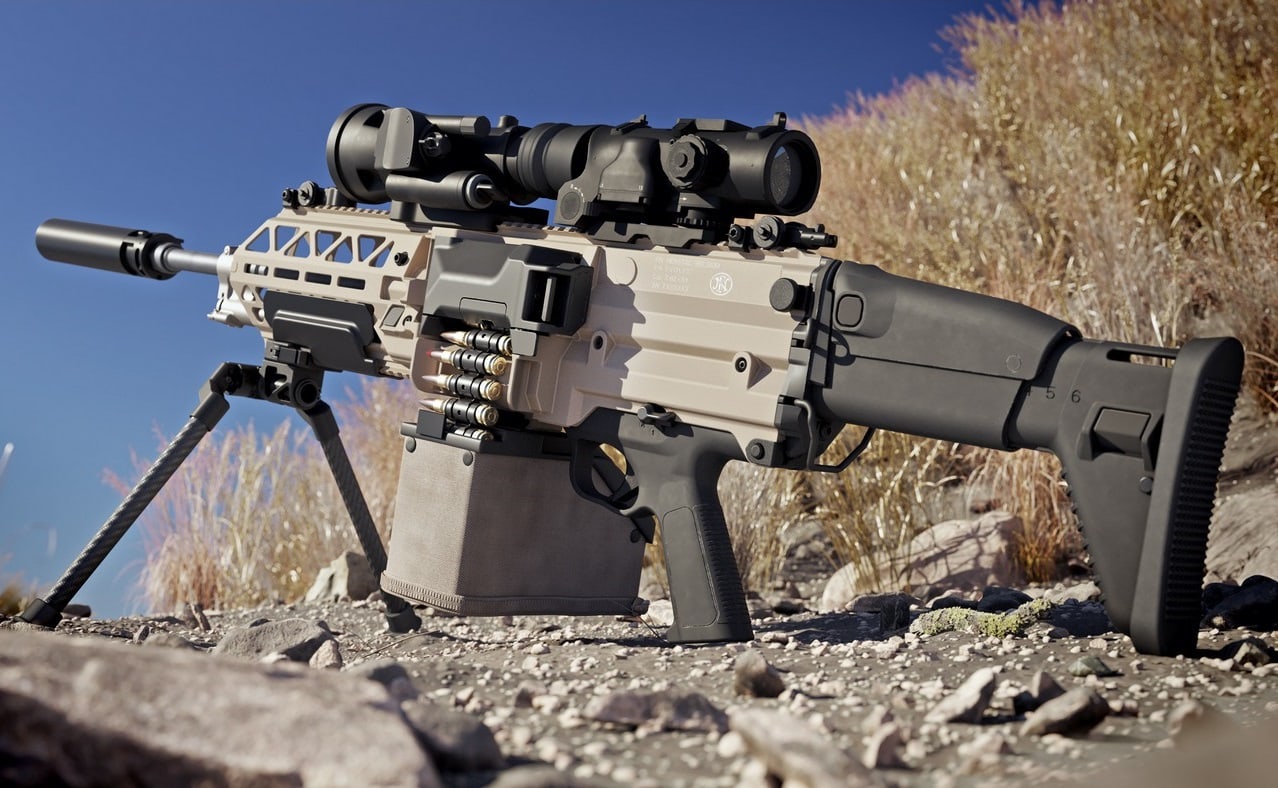 Coming Soon: 3D Printed Machine Guns? The Belgian-based FN Hertsal has always been an innovator in firearms design, and it is now one of the first gun makers to embrace 3D printing – or additive layer manufacturing – technology.

This method of construction isn’t exactly new and many DIYers and other “creators” have even used 3D printing to create lower receivers for AR-style and other small arms, but this could be the first time a major firearms manufacturer is set to use the technology for mass production.

In a pre-recorded online press conference, FN unveiled its brand new FN EVOLYS Ultralight machine gun – a gas-operated, open bolt, short stroke pistol design. All that is pretty standard stuff as far as light machine guns go, but as We Are Mighty recently reported, what makes the EVOLYS system particularly unique is its lightweight and how the company made that happen.

First off FN used materials that would be familiar in the world of high-end bicycles and golf clubs – namely a carbon fiber bipod. It provides the rigidity of steel at a fraction of the weight. Additionally, the company employed the use of Polymers and Additive Manufacturing, or 3D printing, to produce some of the lightweight parts.

The result is a weapon that is compact and lightweight, and according to FN, “combines the firing capabilities of a belt-fed machine gun with ergonomics and balance similar to an assault rifle. This is exactly what is needed and expected by users for current and future operations.”

“This reduced weight enables the user to move across difficult terrain quickly and to engage with a high volume of fire when needed with no difficulty,” the fact sheet explained. “Its reduced weight and excellent balance also mean that the weapon can be fired from any position. Transitioning from one firing position to another is made easy by the design of the sling attachment interface.”

The new weapon also features a patented lateral feed mechanism, which provides several major improvements including easy and instinctive access to all the controls by left or right-handed shooters, where all actions can be made with one hand. The EVOLYS was also designed to easily incorporate a sound suppressor and showed no reduction when fitted with one. There is no excessive fouling, and no debris projected towards the users.

While the system is designed for both standard NATO rounds, one NATO partner that likely may not adopt it would be the United States Army, which is now moving to the 6.8mm caliber with its Next Generation Squad Weapon. However, as We Are Mighty noted there are still plenty of other nations that will maintain the 5.56x45mm NATO and 7.62x51mm NATO weapons in their armories for the foreseeable future.