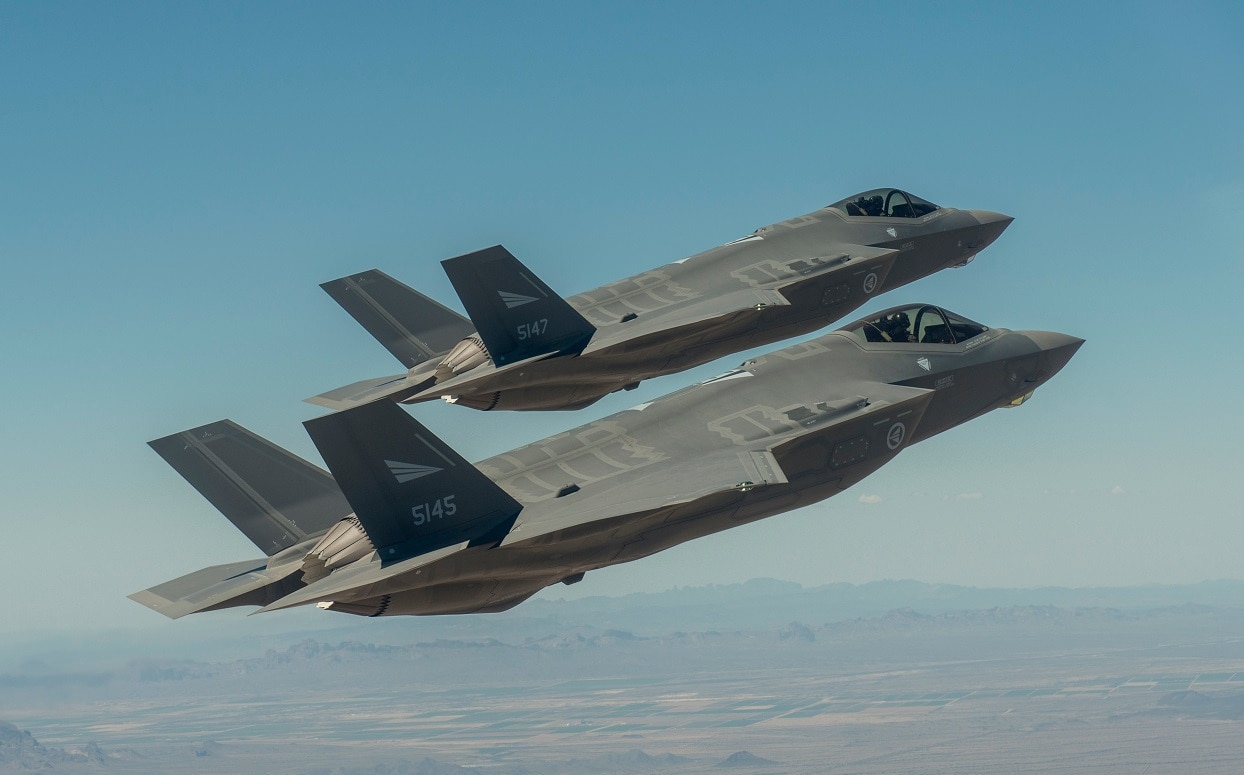 Even as Russia brought its Su-57 and Su-75 “Checkmate” to the Dubai Airshow 2021 to drum up interest among potential Middle Eastern and African buyers, the U.S. is looking to Europe with its state-of-the-art F-35 Lightning II. The Lockheed Martin-built fifth-generation stealth fighter has attracted interest from NATO members as well as other nations in Europe, and for good reason.

“A number of other [European] countries have expressed interest officially, and that would be Spain, Greece, and the Czech Republic. [These] are in active campaign,” a U.S. official was quoted as telling Janes earlier this month.

According to the unnamed official, an order from Spain would be for around 50 aircraft for the Spanish Air Force and Navy. Those would likely include 25 conventional take-offs and landing (CTOL) F-35As to replace the former’s Boeing F/A-18 (EF-18 in national service) Hornet, along with 25 short take-offs and vertical-landing (STOVL) F-35Bs to replace the latter’s McDonnell Douglas AV-8B Harrier II/II+ (VA.2 in national service). If selected, deliveries of the Lockheed Martin aircraft could begin in 2027.

It shouldn’t be seen as a done deal with Madrid just yet, as earlier this month, a Spanish government official suggested there was no interest in the American F-35 fighter jet, and added that Spain is solely committed to the Future Combat Air System that it is pursuing with France and Germany.

However, Greg Ulmer, head of Lockheed Martin’s aeronautics, told Breaking Defense that Madrid will likely adopt at least one of the F-35 Joint Strike Fighter variants in the not-too-distant future.

“They have a carrier with Harriers, and there is a requirement to replace those Harriers,” Ulmer explained. “The only option really would be an F-35 [short takeoff and landing variant]. So I’m pretty confident that Spain will have an interest in the F-35 associated with that.”

F-35 Sales: Other Buyers Lined Up

The Czech Republic is apparently looking to acquire as many as 40 F-35s within the same timeline as Spain. Prague has reportedly been offered the F-35A variant – but according to reports, the Czech government also requested information on the Boeing F-16.

Switzerland and Finland – neither of which is a member of NATO, yet maintain relations with the alliance – could be operating the F-35 in the years to come. In the case of Finland, it shares a long border with Russia and would certainly benefit from an aircraft with the Lightning II’s stealth features. However, rival Saab has touted its aircraft’s abilities to operate from highway airstrips, which could be seen an advantage for the Northern European nation as it could expect its air bases to be among the first targets in any war with Russia.

Greece has also been named as a potential operator of the F-35, which likely won’t come as good news to regional rival Turkey. While both nations are members of NATO, Turkey was famously expelled from the F-35 program after Ankara opted to purchase the Russian-built S-400 “Triumf” air-defense system. Greece has since pushed to buy the fifth-generation fighter, and has the bipartisan support from U.S. lawmakers.

Earlier this year, Sen. Robert Menendez (D-N.J.) along with Sen. Marco Rubio (R-Florida) introduced the U.S.-Greece Defense and Interparliamentary Partnership Act of 2021. The legislation would boost the support for Greek military modernization by authorizing new transfers of American military equipment and fostering increased multilateral engagement among Cyprus, Greece, Israel and the United States.

“As this important bipartisan legislation heads to the Senate floor for full consideration, we must remain committed to ensuring our nation enhances its defense cooperation with Greece,” Senator Rubio said via a statement. “I thank my Committee colleagues for voting to send this bill to the Senate floor in support of one of our nation’s most important Eastern Mediterranean partners and a valued NATO ally.”

It would authorize $1.8 million per year in International Military Education and Training (IMET) assistance to Greece for FY2022 – 2026, and authorize expedited delivery of any future F-35 aircraft ordered by the Southern European nation.

Given these recent events, it is safe to say that additional F-35s will be flying over European skies in the years to come. And that seems to make a lot of sense indeed.