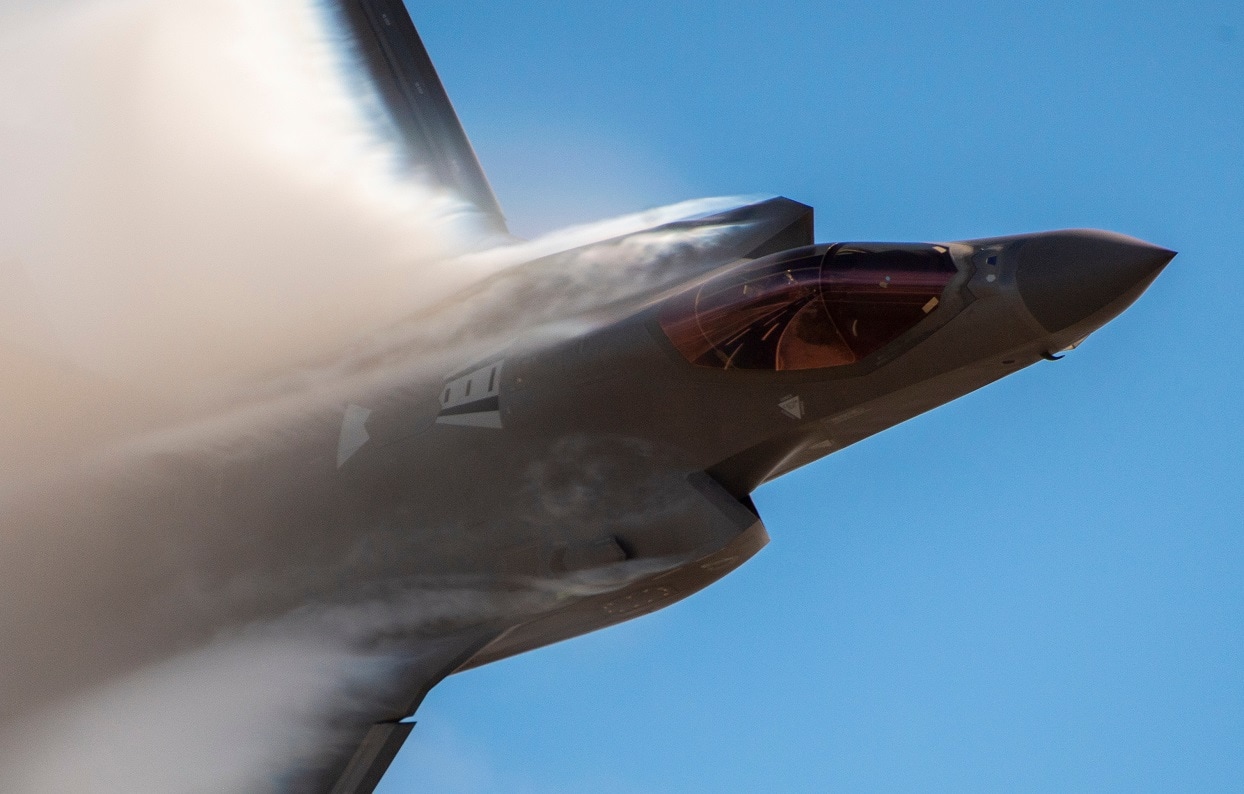 The F-35 platform reached another milestone when stealth fighter jet belonging to the three different nations took off and flew from the same aircraft carrier.

American, British, and Italian F-35Bs took off from the Royal Navy aircraft carrier HMS Queen Elizabeth and conducted joint training in the Mediterranean.

However, the event was shadowed by the ongoing investigation on the British F-35B that crashed into the same waters not even a week ago.

Training in the Shadows

The three aircraft took off from the Royal Navy aircraft carrier and conducted interoperability training in the area. Italy became the first European NATO member to land an aircraft on the U.K.’s new aircraft carrier.

“The fact that U.S., Italian and UK F-35Bs are able to fly to and from one another’s decks offers tactical agility and strategic advantage to NATO. Today’s activity is a telling demonstration of the ability of the U.K.’s flagship to work seamlessly with other nations; Italy is the third nation to land an F-35B on to the deck of HMS Queen Elizabeth and the seventh military operating F-35 aircraft that the U.K.’s Carrier Strike Group has exercised with on CSG21,” Royal Navy Commodore Steve Moorhouse, the commanding officer of the U.K. Carrier Strike Group, said in a press release.

Italy, Britain, and the U.S. are the only users of the “B” variant in the world.

HMS Queen Elizabeth is the flagship of Carrier Strike Group 21 and is currently finishing up her seven-month maiden operation deployment across the world. During her travels, the sole operational British aircraft carrier worked with warships from 40 different countries and operated in hotspots, such as the Taiwan Strait, Japanese Sea, and the South China Sea.

F-35: One Platform, Many Nations

From the start, the F-35 Joint Strike Fighter program was an international one that hinged on interoperability among the users. As of today, 14 countries are or will be flying the F-35, while several more, including Spain, Finland, Greece, the Czech Republic, and the United Arab Emirates, have expressed an interest or intend to buy the aircraft.

However, the F-35’s many customers complicated the program as each user was looking for something slightly different out of the aircraft, reflecting each country’s operational and strategic realities.

At the end of the day, Lockheed Martin prioritized the needs of its three main and biggest customers: the U.S. Air Force, U.S. Navy, and U.S. Marines Corps, which plan to operate a combined fleet of about 2,500 F-35s of all variants. Broken down into specifics, the Air Force plans to purchase 1,700 F-35As, the Marine Corps wants 350 F-35Bs and about 70 F-35Cs, while the Navy aims to buy 270 F-35Cs.

The “A” variant is the conventional take-off landing version of the F-35. The “B” variant is the short take-off and vertical landing (STOVL) version that can take off like a helicopter but fly like a jet, making it ideal for expeditionary operations as it can fly from pretty much anywhere. Finally, the “C” variant is designed for aircraft carrier operations and sports a more robust structure, tail hook, and landing gear in order to meet the immense forces involved in landing on an aircraft carrier.