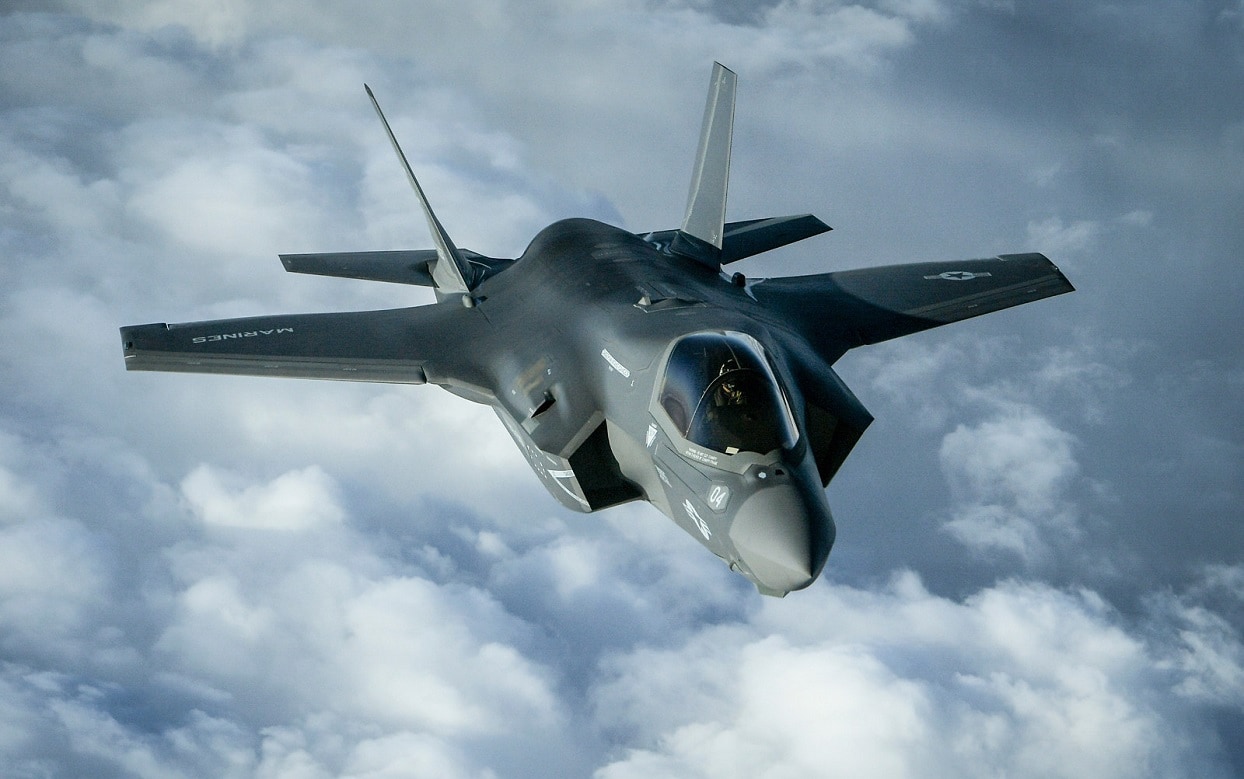 On Wednesday, a British F-35B fighter jet crashed in the water during carrier operations.

The stealth fighter jet took off from the HMS Queen Elizabeth for a routine flight in the eastern Mediterranean and crashed at approximately 10 am local time. The British pilot managed to eject and was picked up by search and rescue crews.

“A British F35 pilot from HMS Queen Elizabeth ejected during routine flying operations in the Mediterranean this morning. The pilot has been safely returned to the ship and an investigation has begun, so it would be inappropriate to comment further at this time,” the British Ministry of Defense said in a press statement.

According to reports, the aircraft, which costs more than $130 million, is at the bottom of the sea and considered lost. However, British officials have indicated that they will recover the aircraft. Doing so would help Lockheed Martin, the manufacturer, and the Royal Navy better understand what led to the incident and safeguard the classified systems of the 5th generation stealth fighter from adversaries.

“I’m glad to say that the pilot was recovered and is okay and we will recover the aircraft. It hasn’t affected our ongoing operations, which we will continue, and we’ll obviously investigate the cause of that accident,” British Defence Secretary Ben Wallace said in a press statement.

The aircraft belonged to the 617 Squadron, nicknamed the “Dambusters,” and was one of eight British F-35Bs on board the HMS Queen Elizabeth. The British aircraft carrier is also carrying ten U.S. Marine Corps F-35Bs from the Marine Fighter Attack Squadron (VFMA) 211, nicknamed the “Wake Island Avengers.” Over the past six months, the stealth aircraft have conducted more than 2,000 take-offs and landings without any serious incident.

The HMS Queen Elizabeth is the newest and sole operational aircraft carrier of the Royal Navy. It is currently conducting its maiden operational tour across the world, leading Carrier Strike Group 21. A few weeks ago, it took part in a major exercise with a U.S. Navy aircraft carrier strike group and a Japanese Navy helicopter carrier in the South China Sea. Last week, the British aircraft carrier conducted joined drills with the USS Essex off the coast of Oman.

As of yesterday morning, the United Kingdom was operating 21 F-35Bs, with three more in the U.S. for testing and evaluation. The crash, however, means that the British military can only field 20 aircraft at this moment. Thus far, the British Ministry of Defense has signaled that it is looking to purchase 138 F-35s.

However, the high purchasing, operating, and maintenance costs that come with the aircraft, in conjunction with a shrinking defense budget, suggest that that signaling might be just that and not materialize in an actual order for that number of aircraft. Reports suggest that the United Kingdom might end up purchasing around 50 aircraft instead.

The F-35 comes in three variants. The F-35A is the conventional take-off version; the F-35B is the short take-off and vertical landing (STOVL) variant; The F-35C is the aircraft carrier version.

The F-35B is operated by the U.S. Marine Corps, Royal Navy, and Italian Navy.

A total of five F-35s of all variants have crashed. This is the first foreign loss of an F-35B, with the U.S. Marine Corps having lost two aircraft of the type to this day. Two F-35As—one Japanese and one American—have also crashed.