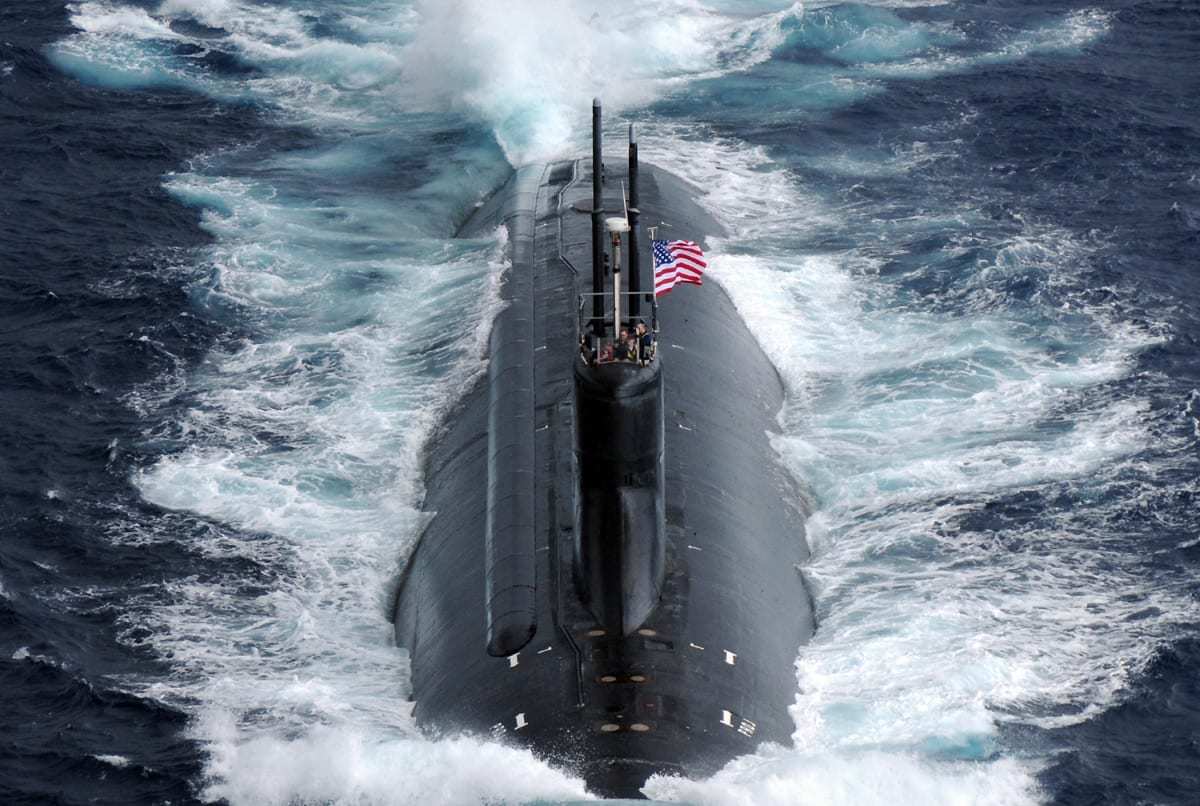 We know the American Seawolf-class of fast-attack subs is operating in East Asia due to various media reports this month of an accidental collision with an “unknown object” that injured 11-sailors on the USS Connecticut. The navy is downplaying the incident in the South China Sea by stating that there were no major damages to the sub, and it is still operating normally. Injuries to the sailors are considered minor with no known hospitalizations.

The Seawolf boats are noteworthy for many reasons, but one thing is clear: the U.S. Navy does not have enough of them.

There are three Seawolf-class fast-attack boats in service, the first of which was commissioned in 1997: the USS Seawolf, the afore-mentioned USS Connecticut, and the USS Jimmy Carter. The subs were supposed to take over for the older Los Angeles-class with improvements across the board. Cost overruns and delays limited the number built, originally the goal was 29 new boats. But they are still considered some of the best subs in the world.

Many Advantages of the Seawolf-class

The nuclear-powered Seawolf-class subs were built with improved hulls allowing them to dive deeper (2,000 feet) than the LA-class. The Seawolf-class can go a speedy 35 knots submerged. The class has improved sonar systems, including a bigger sonar array, a wide aperture array (WAA), and the latest towed-array sonar. The weapons control system is also advanced. The subs are quieter than the LA-class and they can operate close to shore. So that means inserting SEALs and using underwater drones. The Jimmy Carter can carry up to 50 SEALs.

The Seawolf-class can launch Tomahawk cruise missiles, although it does not use ballistic missiles as there are no vertical-launch systems. There are eight torpedo tubes and plenty of room to carry weapons. Storage is ample enough to hold up to 50 Tomahawks.

The Chinese Can’t Take It

The Chinese were screaming mad about the latest incident with the Connecticut. They said the U.S. Navy was not transparent and demanded to know the location of the sub and what it was actually doing. The Americans, they claimed, were not forthcoming. This is interesting because it means the Connecticut was unobserved by the Chinese in the South China Sea, so it’s able to sneak around on patrol and shadow the Chinese navy unabated. This could mean the other Seawolf subs are also deployed to East Asia. If that’s the case, American “boomer” – nuclear weapon equipped subs are probably operating in the South China Sea too – were perhaps escorted by the Seawolf-class.

However, the incident of the Connecticut’s undersea collision is concerning. All of this could mean the Seawolf-class could be susceptible to sea mines when it operates in littoral areas to insert SEAL teams. Chinese naval strategists are looking to the Russians for lessons-learned in sea mine warfare. They also could conceivably someday lay sea mines around the various rocks and reefs the Chinese are militarizing. Hopefully, the navy is doing a full investigation into the Connecticut’s accident and will chalk this up to lessons learned while operating in the South China Sea.