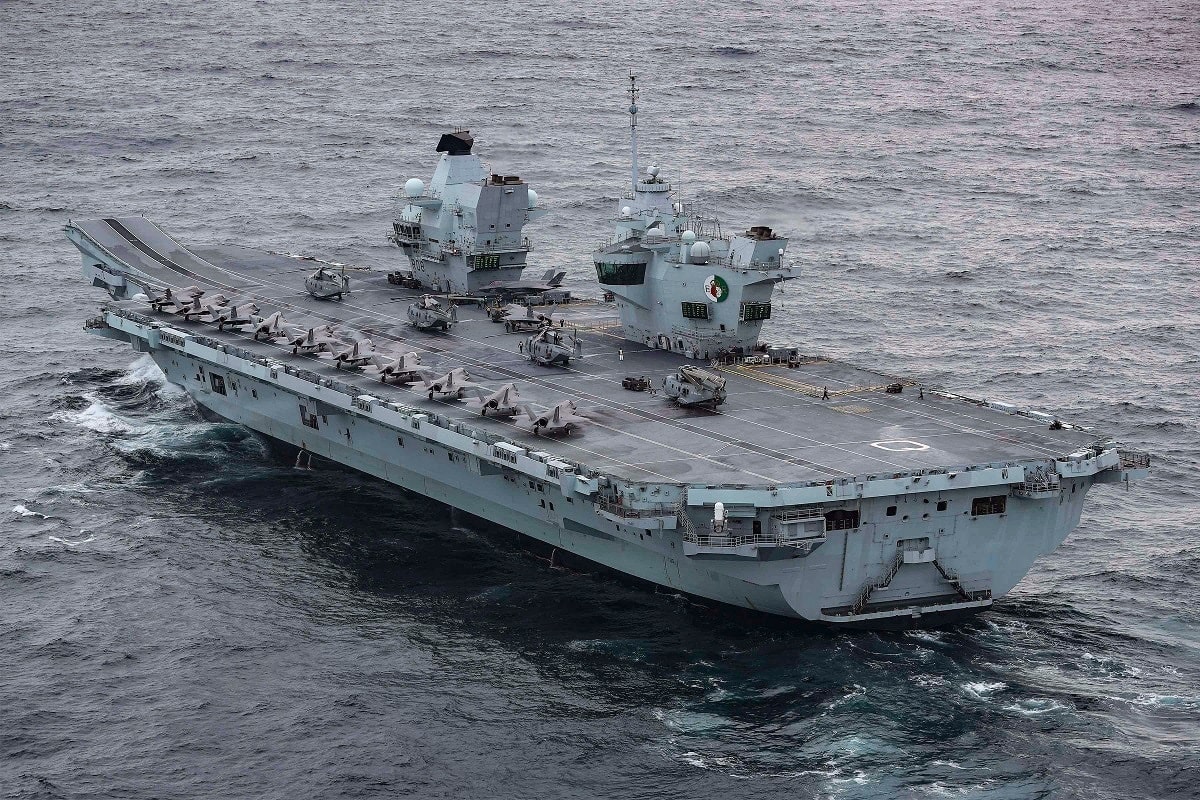 In late July the UK announced that it had no plans to stage a naval confrontation with China in the South China Sea, even as it prepared to send its carrier strike group – led by the Royal Navy flagship aircraft carrier HMS Queen Elizabeth – through the waters. The Royal Navy instead maintained it was the most direct route from Singapore to the Philippine Sea.

The problem is that Beijing sees much of the waters as its sovereign territory, and it has continued to express outrage anytime  foreign warships transit those waters. Such outrage was also heard last week after a Royal Navy frigate, HMS Richmond, sailed through the sensitive Taiwan Strait, which China said “harbored evil intentions.”

In addition to claiming the near entirety of the South China Sea, Beijing also claims the democratically-ruled Taiwan as its own territory. It has ramped up its efforts to bring the small island to accept Beijing as its capital.

“After a busy period working with partners and allies in the East China Sea, we are now en route through the Taiwan Strait to visit Vietnam and the Vietnam People’s Navy,” read a post on social media from the official account for HMS Richmond (@HMS_Richmond).

At a Boiling Point

On Monday, the British media was reporting that tensions between London and Beijing were at a boiling point after HMS Queen Elizabeth and her strike group (CSG-21) entered the contested region through the Bashi Channel, the waterway between Y’Ami Island of the Philippines and Orchid Island of Taiwan.

Chinese state media has warned that any vessels that stray too close to China’s islands in the region will be “expelled,” quoted a Beijing academic who said, “China welcomes friends with wine but deals with wolves with a shotgun.”

The warnings to the Royal Navy come after Beijing claimed it had expelled an American warship that had illegally entered the territorial waters in the region. However, while it does seem that the UK, the United States and its regional partners are taking China’s saber-rattling seriously, they’ve been responding accordingly. This past weekend, two U.S. carrier strike groups drilled with CSG-21 and a Japanese big-deck warship in a major naval exercise in the waters southeast of Okinawa, Japan.

While not near the contested waters the drills were certainly meant to send a message to China.

With so many navies now actively operating in the region, it might be a matter of time when it isn’t just saber-rattling and posturing.