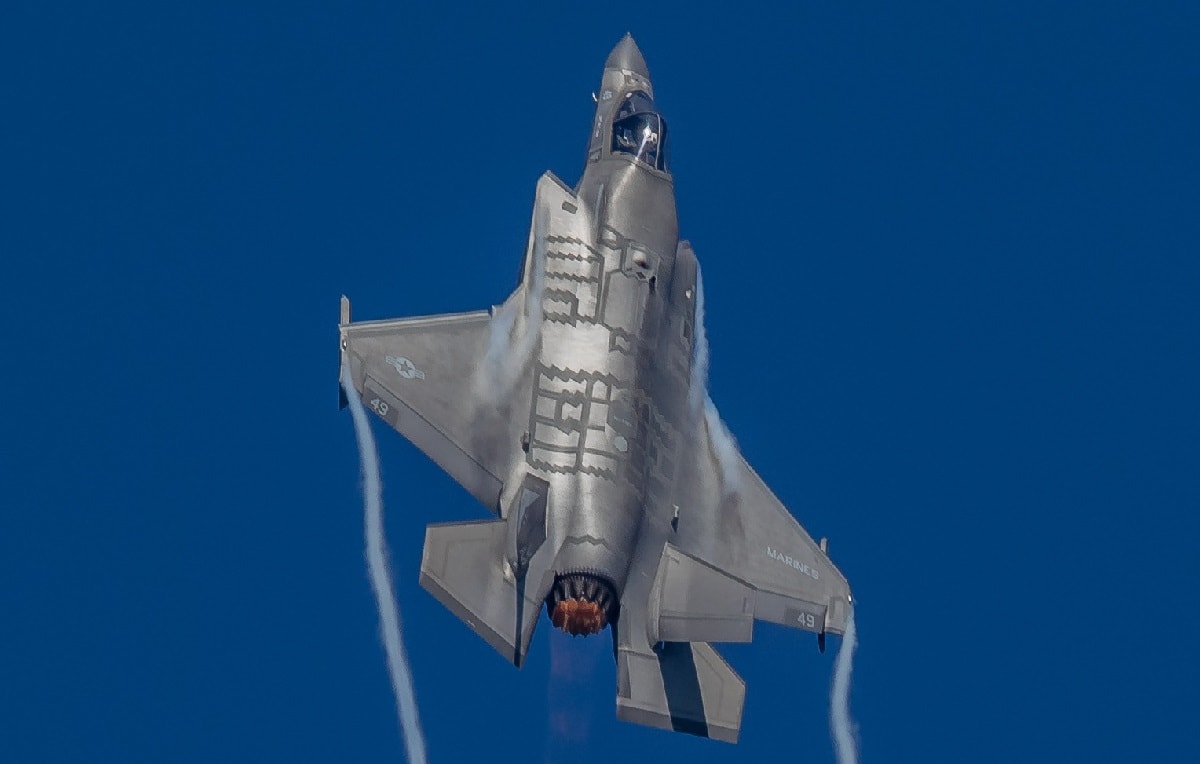 Taiwan reports that China sent a record 56 planes into its air-defense identification zone on Monday.

The previous records were 38 planes on Friday and 39 planes Saturday. Sunday was quiet: Only 16 Chinese aircraft intruded.

Many will say that China is only huffing and puffing, wasting aviation fuel with the provocative flights. Friday, after all, was National Day, marking the 72nd anniversary of the founding of the People’s Republic. Beijing was not going to let the day go without some event asserting pride.

The let-them-blow-off-steam strategy has in fact worked to keep the peace for some time, but now circumstances have changed. There are two reasons why old policy approaches should now be abandoned.

First, Xi Jinping and others in the Chinese capital now seem to believe the United States is in terminal decline and will not oppose their attempts to break apart neighbors. Deterrence, in short, is failing.

Failing deterrence was especially evident when Yang Jiechi, China’s top diplomat, met Secretary of State Antony Blinken and National Security Advisor Jake Sullivan in Anchorage in the middle of March. “So let me say here that, in front of the Chinese side, the United States does not have the qualification to say that it wants to speak to China from a position of strength,” Yang said in opening remarks.

Since then, the Chinese have not learned humility. On August 10, People’s Daily, China’s most authoritative publication, ran a piece titled “U.S. No Longer Has the Position of Strength for Its Arrogance and Impertinence.”

Moreover, as Afghanistan was falling Beijing’s main propaganda narrative was that the U.S could not hope to counter a magnificent China because it could not even deal with the Taliban. This narrative appears to reflect thinking in the Chinese capital.

Beijing at the same time also went after Taiwan’s ruling party, the Democratic Progressive Party. “The DPP authorities need to keep a sober head, and the secessionist forces should reserve the ability to wake up from their dreams,” an editorial from Global Times, which is controlled by People’s Daily, stated. “From what happened in Afghanistan, they should perceive that once a war breaks out in the Straits, the island’s defense will collapse in hours and the U.S. military won’t come to help.”

Worse, China’s leaders seem to think the U.S. military is generally incapable. “It cannot win a war anymore,” Lu Xiang of the Chinese Academy of Social Sciences told the Global Times as the Taliban captured Kabul.

Second, China is coming apart at the seams. There is a debt crisis Beijing cannot solve—think Evergrande, the failing property developer—plus worsening food shortages, a stagnating economy, rolling power outages, a deteriorating environment, and a continuing COVID-19 epidemic. To make matters worse, the country is on the edge of a demographic collapse, the steepest in history in the absence of war or disease.

These developments are roiling the political system as ruler Xi Jinping is being held accountable for policy failures. Because of his almost unprecedented accumulation of power, he has few others to blame. China’s supremo now has a low threshold of risk and many reasons to pick on, say, Taiwan to deflect elite criticism and popular unhappiness.

Mao started the Cultural Revolution to vanquish enemies in Beijing. Xi Jinping is doing the same thing. Unlike Mao, however, Xi has the power to plunge the world into war, and he apparently feels the need to have an enemy to explain away failures. The world, therefore, is at risk.

To its credit, the Biden administration has moved closer to Taiwan, stepping up contacts with the island’s government. There has also been an uptick in U.S. Navy and Coast Guard patrols in the Taiwan Strait, most notably on August 27 when both USS Kidd, an Arleigh Burke destroyer, and USCG Munro, a Coast Guard cutter, transited in opposite directions. At the moment, four big decks—American carriers Carl Vinson and Ronald Reagan, the U.K.’s HMS Queen Elizabeth, and Japan’s JS Ide—are exercising near Okinawa.

The Biden administration has also lent rhetorical support. “The United States is very concerned by the People’s Republic of China’s provocative military activity near Taiwan, which is destabilizing, risks miscalculations, and undermines regional peace and stability,” State Department spokesman Ned Price said in a statement on Sunday.

At the moment, it does not appear that Xi Jinping will be moved by such sentiments as he has words of his own, such as those in a Monday Global Times editorial titled “Time to Warn Taiwan Secessionists and their Fomenters: War Is Real.”

Many—perhaps most—Global Times commentaries are overheated, and some think threats like this are merely bluster. Taiwan’s not-easily-intimidated government, however, feels Beijing is serious and conflict is coming. Joseph Wu, Taiwan’s foreign minister, over the weekend told Australia’s ABC News that Taipei is preparing for war and asked for Canberra’s assistance.

And the United States should also do the same. That means it’s time for Washington to ditch its policy of “strategic ambiguity”—the policy of not making any commitments—to one of “strategic clarity”—committing to the defense of Taiwan. Ambiguity worked in a period far more benign than now. With China so aggressive, only a clear declaration can have an effect.

To make such a declaration credible, the U.S. should offer a mutual defense treaty to Taiwan. To keep the peace, Beijing has to know the U.S. will use force to back its commitment. In the meantime, the U.S. should be deploying military assets to Taiwan and in its waters. Yes, that might provoke China, but China is already on the march, emboldened by what it perceives as American feebleness. A strong America is much less provocative than a weak-looking one.

So why should the U.S. not continue to let Beijing blow off steam? Because ignoring China, in the new environment, is making the Chinese think they can act even more dangerously. After all, each day they are sending more planes near Taiwan.