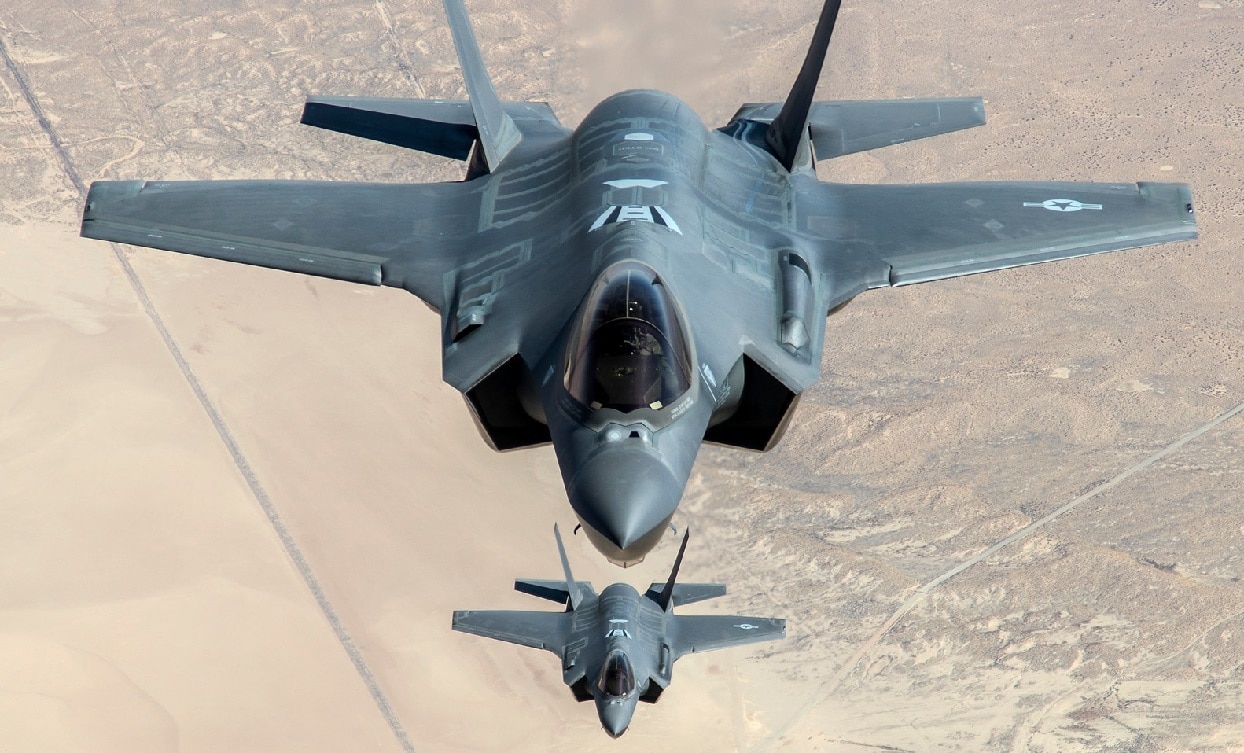 Earlier in the week, U.S. Navy vessels and Marines aviators flying the F-35B fighter jets worked with the British aircraft carrier HMS Queen Elizabeth, the crown jewel of the Royal Navy, in an impressive show of interoperability.

The USS Essex, an amphibious assault ship, worked with the British aircraft carrier practicing flight deck operations with the world’s most advanced aircraft off the coast of Oman.

Joint Training With An Eye to China

The situation in the HMS Queen Elizabeth is rather unique. Although a British vessel, the brand new aircraft carrier carries a U.S. Marine F-35B squadron. The Marine Fighter Attack Squadron (VFMA) 211 has embarked with the Royal Navy vessel in its maiden global deployment.

“We are privileged to have had this opportunity to train alongside a longstanding NATO ally in the Middle East. Our integrated aircraft training with HMS Queen Elizabeth has helped demonstrate our efficacy in the region and our commitment to maritime security and stability world-wide,” U.S. Navy Captain DeWayne Sanders, commodore of Amphibious Squadron One (CPR 1), said in a press release.

The VFMA 211’s F-35B stealth aircraft conduced cross-deck operations between the American and British vessels, flying from one to the other and showcasing the flexibility and interoperability that exists between the two navies. Both of these attributes will be crucial in a potential war with China as the two fleets are expected to fight as one. So, training exercises like the one that took place are of critical importance as they help hash out any misunderstandings or rough points.

From the British point of view, Commodore Steve Moorhouse, the commanding officer of the United Kingdom’s Carrier Strike Group, stated that “the force development work we have been undertaking with the U.S. Navy has been ground breaking [sic]. We are all comfortable with helicopters lilly-padding from one deck to another but doing it with fixed wing aircraft is a whole new game. This level of interoperability goes far beyond anything we have exercised before with any partner and offers a degree of flexibility and agility that Commanders have long dreamt of.”

The “B” version is the second out of the three F-35 models. It was specifically designed for the U.S. Marine Corps as a Short Take-Off and Vertical Landing (STOVL) solution to replace the aging AV-8 Harriers.

A STOVL aircraft can hover like a helicopter but also fly like a normal fighter jet. It has a vertical lift fan and pivoting engine nozzle that can make a 90-degree motion and funnel thrust either way. This ability to land vertically on very small surfaces makes it an ideal aircraft for expeditionary warfare. The F-35B, for example, can operate from almost anywhere, including small Pacific islands, helicopter carriers, aircraft carriers, and amphibious assault ships, thus significantly increasing its lethality and survivability.

The F-35B, further, is the first STOVL aircraft in the world to combine vertical landing capabilities with supersonic flight. In addition, it has the “regular” capabilities of the F-35 platform, including stealth, unsurpassed situational awareness, and sensor fusion, all packaged in a supersonic, agile aircraft.

The F-35B is proving to be a most popular aircraft with foreign countries, including the U.K., which will be flying the aircraft on the HMS Queen Elizabeth and the next aircraft carrier, HMS Prince of Wales, requesting it.